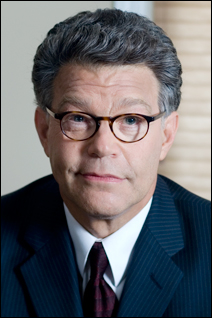 KSTP aired a poll last night showing Norm Coleman running ahead of Al Franken in the Minnesota Senate race by 52-42 percent. On another question, 59 percent of respondents said they were less likely to vote for Franken knowing that he had recently paid back taxes to 17 states, and on a third question, 51 percent said Franken should drop out of the race.

Liberal blogs MNPublius and MNBlue went further and accused KSTP of conducting a “push poll” motivated by the Republican affiliation of KSTP’s owners.

Minneapolis-based polling expert Rob Daves said this morning that the “push poll” label was way over the top. A push poll is a serious abuse, but the SUSA poll has none of the key earmarks.

Daves, who was the longtime director of the Strib’s Minnesota Poll, is also the past president of the American Association for Public Opinion Research (AAPOR) and now runs Daves and Associates Research.

Not all poll news bad for Franken
The horse race poll is actually not bad news for Franken. Coleman led by 10 points, which was the same margin SUSA found the last time it polled, in March. No doubt Franken preferred earlier polls that showed him tied with Coleman, but he can argue that the recent bad publicity about back taxes hasn’t hurt in the horse race, as measured by SUSA.

The question used was:

“Al Franken the DFL candidate for U.S. Senate said he will pay about $70,000 in back income taxes to 17 states for incorrectly filing his tax returns over a five-year period. He also paid a fine to the state of New York for not paying for workers compensation insurance for workers he employed there. Knowing this, would you be more likely to vote for Al Franken for U.S.Senate? Less likely? Or would it not make a difference?”

Team Franken’s complaint, amplified by the friendly bloggers, was that the question left out a key claim: that Franken actually paid the taxes he owed, but paid them to the wrong states. If respondents accept that claim, it should negate any belief that Franken was trying to evade his taxes and reduce the controversy to a mistake.

‘Push poll’ claim not true
After looking at the question and the polls, Daves said it was a long way from a push poll. AAPOR lists several qualities of a push poll. It is not a poll at all, but an excuse to inject a negative message about a candidate into the public in the guise of a poll question. No sampling methodology is followed, since the idea is not to conduct a real poll. Also, the results of a push poll are never published, the outfit conducting the poll doesn’t identify itself and the wording of the phony question is not released.

To their credit, Daves said, SUSA and KSTP have published the question and the methodology so anyone can decide for themselves whether to credit the poll.

It is not uncommon or improper, when a controversy has broken into the news, for legitimate pollsters to ask whether this makes people more or less likely to support a candidate. After reading the KSTP/SUSA question, Daves said it certainly could have been phrased other ways and other word choices might have affected the outcome.