That was a little demonstration of the old journalistic device of giving away the whole story in the headline.

Larry Jacobs and David Schultz, two of the closest observers of the Franken-Coleman recount, shared their current thinking Wednesday with an audience of lawyers and judges who work in Minnesota’s federal court system. Local and national media rely heavily on these two (and few others) for the expert quotes in their stories. But Wednesday’s luncheon of the Federal Bar Associaton (Minnesota Chapter) was a chance for each of them to stretch out a bit and give their overviews.

Skip this paragraph if you know who Jacobs and Schultz are. Political scientist Jacobs runs the Center for the Study of Politics and Governance at the U of M’s Humphrey Institute. Schultz teaches at both Hamline (in the Business School) and at the U of M (in the law school and, notably for present purposes, on election law) and (bet you didn’t know this) also has a master’s in astronomy. 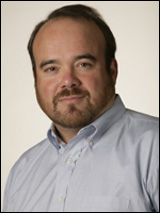 Jacobs’ main purpose was to defend Minnesota’s system from what he considers a lot of unfair and overwrought whining and criticism over how long the recount is taking and the cracks in the system that have come to light during the process. Coleman has every right to take the matter to court. Speed and efficiency are not the top goals of a recount.

Compared to other states that have undergone similar agonies in recent years (Florida and Ohio came up a lot) the recount is actually showing the strengths of the Minnesota system, which Jacobs considers one of the best in the country. No hanging chads or dimpled chads. The system of paper ballots and optical scanners is the best combination. The machines give us fast, reliable results in most races, where the margin is of normal size. The paper ballots (compared to states that use a paperless computer-only system) give us the ability, when the outcome is ridiculously close, to take the time necessary to get it as close to right as any system devised by homo sapiens.

Minnesota’s same-day registration (Jacobs is a fan) means we don’t have a huge batch of what in other states are called “provisional ballots,” which refers to ballots that are set aside because election officials can’t decide on Election Day whether the voter is registered. (Although, and this is me talking, not Jacobs, 2008 has shown that the heavy use of absentee voting has created a category that seems to create similar problems in Minnesota. Details of the absentee ballot issue will clearly be getting a rethink.)

Back to Jacobs: Some states, when they have a close call, find that their laws are vague and don’t cover questions that arise. Minnesota has model election laws that provide guidance to the election officials, the Canvassing Board and the courts on most such questions. Minnesota law specifies that even if a voter deviated from the strict instructions in filling out a ballot, the vote should be counted if the voter’s intentions are clear. Jacobs thinks that is also the way to go. (As opposed to one currently fashionable complaint, that if a voter can’t manage to fill in an oval, screw ’em.)

The Minnesota recount system also provides a credible, transparent process, in which the campaigns and the public have excellent opportunities to see what is being done and to raise objections. He also hailed the local election officials, the members of the State Canvassing Board and the judges who have been involved thus far for performing their referee roles without partisan bias. He predicted that the three-judge panel that now has the case will continue to demonstrate that the rule of law can be administered fairly, without reference to the party of the governor who appointed them.

Schultz agreed that Minnesota’s system is excellent at producing an election result with 99.9 percent certainty. Unfortunately, we have case before us that falls within that last tenth of one percent.

If the case drags on for months (he told me during a brief chat before the luncheon that he predicts a result around March or April), Schultz also said that Gov. Pawlenty could decide to appoint a temporary senator. (Pawlenty has, to date, expressed little interest in this option.) Schultz noted that some people believe the governor can’t appoint while the recount process continues. He disagrees. He can’t find anything in state or federal law, or the 17th Amendment (that’s the one that provides for the election of senators), that defines what constitutes a vacancy. And the recent case of Rod Blagojevich/Roland Burris suggests that if a sitting governor sends someone to Washington with a signed certificate of appointment, there isn’t much the Senate can do but seat the person. (I don’t teach election law, but I read Article I, section 5 of the U.S. Constitution — “Each House shall be the judge of the elections, returns and qualifications of its own members” — to give the Senate nearly total control within the bounds of political acceptability.)

In our pre-lunch chat, Schultz said that if Pawlenty does decide to go this route, he should appoint a caretaker who is viewed as above politics; he threw out the name Al Quie.

The main point of Schultz’ talk (and bear in mind, he was speaking to an audience of federal judges and lawyers) is that the recount case is likely headed to federal court.

He said the legacy of Bush v. Gore (the case by which the U.S. Supreme Court decided the 2000 presidential election) hangs over the recount. Federal courts traditionally give great deference to states in deciding their own elections. But “equal protection” is an argument that will generally get the federal courts to take the case. Schultz noted that Coleman’s legal team has been arguing for some weeks now that there has been a lack of uniformity in the way different counties have decided which votes to count and how voter intent should be determined. One of the less-remembered but key holdings in Bush v. Gore is that a uniform standard must be used to decide voter intent. If not, you have an equal protection problem.

Schultz had expected Team Coleman to file a parallel federal case. But he said there is nothing to prevent them from doing so today, tomorrow or when their chances of the winning the case in state court seems to be running out.