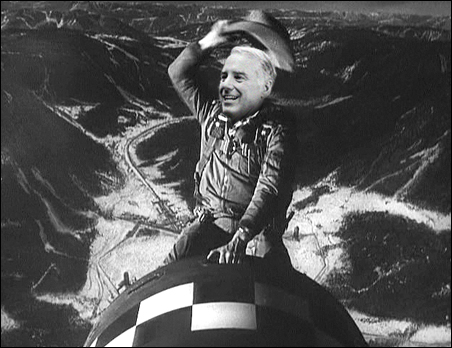 When Howard Dean lost patience with the Senate health care debate last week and urged the Dems to “kill the bill,” he also suggested that they start over and use the reconciliation process under which bills can be passed with a simple 51-vote majority.

Senate Democrats announced over the weekend that they had clinched an agreement on a health care bill, but the deal frustrated liberals because of what they had to give up. Obviously a lot of provisions that liberals favor could get 51 votes but not the 60-vote supermajority necessary to break a filibuster. A reconciliation bill cannot be filibustered. Just as obviously, there has to be a catch, or several catches. Otherwise, why isn’t this done routinely whenever the need for 60 votes is blocking the wishes of a simple majority? I finally decided to find out about the catches and will bore you with them below.

Cutting to the chase, there is a way the Dems could ram health care through the Senate using reconciliation, but it would run roughshod over Senate rules and traditions and would likely set off a period of total political warfare. If you are thinking back to the “nuclear option” episode of 2005, you are thinking right. Decide for yourself whether the health care bill is worth going nuclear. But I am informed by Majority Leader Harry Reid’s spokester that that option has been considered and was ruled out. The nuclear option is “not an option,” Reid spokester (and Minnesota native) Jim Manley says.

Reconciliation
The reconciliation process grew out of the 1970s overhaul of Congressional budgeting procedures. Late in the budget process, a reconciliation bill is adopted to make final adjustments in taxes and spending in order to balance the budget or at least hit the deficit and debt targets that Congress has set. In its simplest and purest form, it would add revenue or cut spending so that, based on the most up-to-date projections, the deficit will stay on target. By Senate rule, a reconciliation act cannot be filibustered.

So, at various times, presidents and majority leaders have tried to use the reconciliation process to get around a filibuster and sometimes have done so in ways that didn’t exactly help balance the budget. In 1993, President Bill Clinton wanted to use reconciliation to pass — surprise — his version of health care reform (you remember, the version that never actually came to a vote). On that round, Sen. Robert Byrd objected that reconciliation wasn’t intended for that kind of big policy change, which went well beyond budget issues, and he pushed through a rule, known ever since as the Byrd Rule, which sets criteria for what can and can’t be done through reconciliation. The application of the six criteria to specific cases is not a simple matter and leaves a lot of room for interpretation. (The six criteria are laid out in this wiki-piece.)

The big Bush tax cuts of 2001 and 2003 passed on reconciliation and those were, in a sense, the opposite of budget balancing measures, but by that time Republicans had changed the reconciliation rules to allow actions that were fundamentally about taxes and spending even if they weren’t directly designed for deficit reduction.

(In fact, if you have ever wondered — I have — why the Bush tax cuts were set to expire after 10 years, it was done to square the tax cut bills with the requirements of reconciliation and the Byrd Rule. And that technicality is about to have a big impact, since the tax cuts are set to expire on 1/1/2011. This is not something the Repubs can filibuster. If the Senate can’t agree on a tax bill next year, the rates will automatically return to the Clinton-era levels. That’s a big digression for this post, but keep your eye on that one in late 2010.)

Where was I?
Oh yeah, the unfilibusterable health care bill. The health care bill has a lot of budgetary impact and some of its provisions (let’s say, for example, the tax credits that will help individuals afford health insurance) would probably be ruled acceptable matters for a reconciliation bill. But other provisions, that are quite central to the whole deal (let’s say, for example, the proposal that insurance companies be banned from denying coverage to those with pre-existing conditions) are fundamentally regulatory and would very likely be ruled by the Senate parliamentarian to be inappropriate for a reconciliation bill.

The bill has a lot of balances built into it. (For example, it is often said that if you were to lose the individual mandate requiring the uninsured to buy insurance, the rest of the bill would be ruinous to the health insurance industry.)

Manley sent me a long list of the potential disadvantages of trying to pass the health care bill via reconciliation. In summary, there is likelihood that key provisions would be ruled out on parliamentary grounds, there is a danger that the maneuver would cause some conservative Democrats in the House to turn against the bill (the Blue Dogs have a general objection to using reconciliation this way), and the opportunities for further delay are many, as the Republicans could challenge the provisions of the enormous bill one by one on Byrd Rule grounds.

The new nuclear option
I’m convinced that the disadvantages to using reconciliation are big — if the Byrd Rule is treated with respect. But what if it isn’t?

In other words, if Vice President Joe Biden and let’s say the 51 most liberal members of the Dem caucus were to decide in advance that they were willing to play hardball, they could could overrule and sustain all Byrd rule challenges and presumably pass a stronger, more pro-choice, more robust public option, etc. version of the bill.

If they did, there would still be the chance they would create a bill that couldn’t pass the House. There would certainly be a political outcry that the Dems had decided to trash the rules. Smith said he could imagine that the parliamentarian would resign, which would be embarrassing and add to the outcry.

Republicans who complained about it would have a problem, since they threatened to do pretty much the same thing in ’05 by using Vice President Dick Cheney’s authority as presiding officer to adopt an imaginary new rule that confirmation of judicial nominees could not be filibustered. On the other hand, they didn’t do it in the end. Among the reasons they didn’t (and presumably among the reasons that Reid considers it not be an option in the health care-Byrd Rule case) is that it would be considered an escalation to a new even higher level of partisan warfare and lead to whatever retaliation the aggrieved side could dream up. That’s why it was called the nuclear option. Once you’ve declared nuclear war, the last vestiges of civilized conduct are out the door.

So what think? If you were in charge, would you do it?

Dean’s nuclear option: Why it didn’t happen on health care