Heading into the weekend, the race for elected delegates to the DFL state convention (where the guv endorsement will be decided) was very tight between the co-frontrunners, Speaker of the House Margaret Anderson Kelliher (hereafter MAK) and Minneapolis Mayor R.T. Rybak. And this past weekend’s conventions haven’t changed that basic fact, Rybak may have edged past MAK over the weekend among the elected delegates, she still has an overall lead because of her strength among superdelegates. 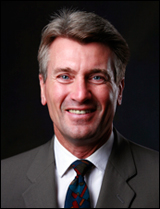 But by far the biggest number of delegates — more than the pledged Rybak and MAK delegates combined — almost half of the total, were listed as “uncommitted.” I’ll provide some numbers to back all that up just below.

But first let me telegraph something that the insiders know but that hasn’t attracted the attention it deserves: The progressive group TakeAction Minnesota has organized what it calls the ReNEW Minnesota campaign, which has the goal of electing a large number of delegates who have agreed to join forces at the convention, vote as a bloc once the group has decided whom it will support, and could very easily – especially if the race is close after the first ballot or two – determine the outcome of the endorsement contest.

This is not a secret plot. TakeAction has been operating openly for months to build toward that key moment in the middle of the convention when their delegates will unite. You can read the overall plan here. And here is the pledge that delegates have signed promising to vote as a bloc.  The first box you check when you join this program says: “I commit to make this decision together. I will wait to support a candidate until we endorse.”

Furthermore, TakeAction, by a complicated online voting process among its members, made a preliminary decision to support three candidates – Rybak, MAK and state Rep. Paul Thissen – and to subsequently decide, as a group, during the convention, which of those three will get the bloc vote. 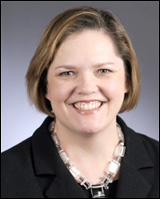 OK, backing up
The convention will meet the weekend of April 23-25 in Duluth. About 1,200 elected delegates and 160 superdelegates (DFL elected officials and others who are automatic delegates) will bestow the endorsement if 60 percent of them can agree on a candidate. The 1,200 elected delegates work their way up from precinct caucuses to Senate district (or county) conventions to being among the 1,360 state convention delegates who will bestow the DFL endorsement. Most, but far from all, of the delegates make clear at the Senate district conventions whom they support for governor.

Those conventions are held over several weeks. There is no official running tally. My friend Joe Bodell of the Minnesota Progressive Project has been compiling what I take to be the most accurate published tally.

Bodell’s latest running count, which include as many of this past weekend’s conventions as he could get, look like this:

A few easy observations on the numbers

1.  The race for elected delegates is very close between MAK and Rybak.

2.  MAK has a significant advantage because of her strength among superdelegates (in case you’re wondering about that, most supers are legislators). There are many supers who haven’t announced a preference and every reason to assume that the speaker will continue to benefit as they commit.

3.  And the biggest observation is that we can’t really know much about who will win the endorsement until we find out more about all those undecideds.

It’s normal to have a lot of nominally undecideds heading into the convention but this is an unusually large portion. Why?

Many who are listed as undecided are not really undecided. Sometimes the explanation is technical. For example, you are for candidate X, but at the your convention there is  not a convenient subcaucus into which you feel you fit, so you get elected as a delegate out of an uncommitted subcaucus, perhaps one that is issue oriented. A subcaucus listed as “undecided, single-payer health care” is likely populated with John Marty supporters (he’s the chief sponsor of a Minnesota single-payer plan). Some of these delegates will say whom they support for guv and I believe Joe Bodell is trying to reduce the undecideds as he finds out whom some of these folks support.

Or you are a well-known local DFL player who is always a delegate to the state convention and can be elected on your own reputation. You have a preference for governor, but it is not necessary for you to divulge it to be chosen as a delegate. And there may be strategic value in keeping your preference unclear. One of the campaign managers I interviewed for this post said that every campaign loves to have a few supporters squirreled away, unknown to the other campaigns, both for reasons of strategic secrecy and so that they can bring them out of hiding at a key moment to demonstrate momentum.

The Dayton factor, the Sign From God factor
One of my insiders emailed me: “Delegates almost demand a significant level of personal attention before making this decision.” Some delegates love to be courted by famous politicians. Once they commit, the phone may stop ringing. (A little aside, mostly for humorous value: This last point reminds me of a favorite quote that I stole from my former Strib colleague Bob von Sternberg’s coverage of the 2008 Iowa caucuses, when an Iowan remarked that he liked all the attention he was getting from presidential candidates, but “you have to pick them up and move them out of the way every once in a while so you can mow your lawn.”) 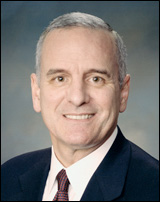 Could the high number of undecideds be a Dayton factor? One of my long-time observers said that usually those involved in the endorsement process are angry at candidates who skip the process and head straight to the primary. But they don’t feel that way about Mark Dayton’s primary-only strategy.

This long-timer emailed me: “Delegates aren’t saying, ‘Who does this guy think he is?’  We all know who he is.  He’s the guy who always threw great parties at state conventions whether he was running or not; he’s the guy who still shows up at all the DFL events.  And, as a few delegates have told me — not many but a few — he’s the guy you have to put your money on to win the August primary, where the voters will probably be fewer and older than they would in September.  So one reason we may be seeing uncommitted is a lack of the fire which delegates need to select and die for a candidate who’s going to go ALL…THE…WAY.”

There are more explanations, all of them at least partially correct, but I’ll mention just one more obvious one before I return to the TakeAction ReNEW theme:

Many of the delegates are truly waiting until the convention to make up their minds. The field has been wide open all along, moreso than in any recent guv election cycle. Nobody has caught fire and almost nobody has flamed out.  Notwithstanding the Dayton point just above, most of the delegates want to endorse someone who not only shares their values but who can beat the Republican. And, given that every serious candidate has at least a halfway plausible talking point about why s/he is the electable one in the batch, some of these undecided delegates will head to Duluth hoping for a great floor speech or master stroke of some kind or a sign from God before they pick.

Finally, TakeAction
So, it’s pretty unlikely that anyone will be in position to get to 60 percent on the first two or three ballots. As the lower-ranking candidates are forced to drop off, candidates pledged to them will come into play, but chances are they won’t move as a bloc. Traditionally, in the later ballots among the final two or three candidates, it’s a big deal if any candidates move up or down by even 10 or 20 votes.

Under the program that it calls ReNEW Minnesota, TakeAction hopes to have 150 delegates at the state DFL convention who have signed the pledge to act collectively in the endorsement process. That could easily be a game-changer if all goes according to the plan. And the program appears to be well on its way to hitting that goal. TakeAction spokester Greta Bergstrom told me Friday (with more delegates to be chosen over the past weekend) that 89 signatories to the ReNEW Minnesota pledge had been elected as delegates. Last night, with the details not nailed down, Bergstrom said she believed the ReNEW bloc had reached 120 over the weekend, so the goal of 150 seems quite realistic.

As I mentioned above, the program is not even slightly surreptitious. TakeAction has been trying all year to recruit participants, who would agree to attend caucuses and seek delegate spots. It held a publicized vote within the membership and announced the results of the three candidates most favored. Almost all of the 120 delegates were elected at their Senate District or County conventions by creating subcaucuses that had reNEW in their names. Some of the subcaucuses also expressed a preference for a guv candidate.

Among those first 89 elected before last week, 13 who had been elected from subcaucuses that were called reNEW/Rybak, four from reNEW/MAK, four from reNEW Thissen, but 60 were from reNEW/Uncommitted caucuses. The 89 included eight superdelegates who didn’t need to be in this program to become delegates but who have signed the pledge. And bear in mind: If the program works as it was designed to work, even those who favor a different candidate are supposed to abide by the ruling of the group and vote as a bloc.

The ReNEWers will be meeting during the convention, seeking the right moment to publicly unite behind Ryak, MAK or Thissen on the next ballot. Bergstrom said the reNEWers had not decided on a firm plan for arriving at that decision.

TakeAction Minnesota, in case you are unfamiliar with them, calls itself “an alliance of organizations and individuals united behind a vision for racial, social and economic justice.” It is a coalition of 30 member organizations, many of them labor unions and but many liberal advocacy groups. It was formed in 2006 by the merger of Minnesota Alliance for Progressive Action (MAPA) and Progressive Minnesota.

Historically, there have certainly been organized or semi-organized voting blocs at DFL conventions, but nothing quite like this.

I spoke to the campaign managers for the MAK, Rybak and Thissen campaigns. All three were very well aware of reNEW Minnesota, all three were hopeful of gaining the group’s final support and all three agreed with the main thesis of this post, that reNEW could be the game changer at the convention. Rybak campaign manager Tina Smith did point out that in the initial membership vote that identified the three finalists for reNEW support, Rybak received the most votes by a substantial margin.