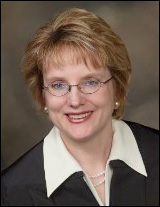 Stras did once file an amicus brief in a big Supreme Court case, but as MinnPoster Doug Grow noted in yesterday’s coverage of the announcement, Stras’ amicus brief was also in that unallotment case and, unsurprisingly, it was on Pawlenty’s side of the case. Awkward, I call it. A bit sticky.

State Rep. Ryan Winkler, who is also an attorney, used stronger language. In a press release (that means he had time to think about his word choices), he called the appointments “nauseating.” He said Gildea’s promotion was “just a big thank you for the loyal dissent she wrote last week defending Governor Pawlenty’s illegal unallotments.” See if you can guess Rep. Winkler’s political party.

I call Winkler’s word choices a bit over the top but, as regular readers know, I’m a big wimp about civility. Frustration with Pawlenty has reached the point where DFLers are struggling to maintain a civil tone about him, and Winkler lost the struggle.

The truth is, Gov. Pawlenty is constitutionally empowered to appoint anyone “learned in the law” to the Supreme Court. (Minnesota Constitution, Art. VI, section 5 and 8.) It is completely normal and expected that governors will appoint members of their own party and lawyers who share their general philosophy. Unlike federal judges, Minnesota judicial appointees are not subjected to a confirmation process in front of the legislative branch, so there is even less of a check on the governor’s discretion.

Parallel universe
The truth is the entire system of judicial selection is operating, not exactly outside of but in a parallel universe from the constitutional plan. Supreme Court justices (and all Minnesota judges) are supposedly chosen by the electorate, with the governor’s appointment power applying only vacancies that occur by deaths or resignations during a judge’s term. But in reality, almost all judges start out as gubernatorial appointees and then, observing an unwritten code, they retire at a point in their terms when the governor can appoint their “interim” successor. Once appointed, justices almost never are defeated for reelection.

There are efforts under way to change this system. Republicans supposedly favor more democracy in judicial succession but that didn’t get in the way yesterday’s awkward events.

Awkward. Embarrassing. Our legal/constitutional system really relies fairly heavily for its credibility on preserving the impression that judges interpret the law, and even that they do so without any consideration of the governor or president that appointed them. But when the governor himself comes before the court as an appellant, in the highest-stakes case of his own political career, and the votes break down the way they did in this case, how believable is that impression?

It gets more awkward. By the time they decided the unallotment case, the justices all knew that Chief Justice Eric Magnuson had announced his plans to retire.  The three Pawlenty-appointed associate justices would be obvious candidates to replace him.

Pawlenty interviewed three finalists for the chief justice job. The three were the same as the three associate justices he had previously appointed to the court who had just voted to ratify his unallotments.

Perhaps you are wondering whether any of the justices should have recused themselves from hearing the case.

The Judicial canons of ethics say that a judge should recuse himself if he or members of his immediate family have an interest in the case, usually meaning that the judge or a close relative stands to win or lose money. Any judge can also recuse, but is not to required to do so, if he feels that his participation might create an unacceptable appearance of partiality. This decision is entirely up to the judge (or justice).

Then there was Gildea, who wrote the opinion. Her husband, Andy Gildea, is a Republican activist who has made his living mostly raising funds for and/or working directly for Republicans. At present, Andy Gildea is listed as a “research consultant” for the GOP caucus of the state House of Representatives, for which he receives a full-time salary of $77,036.88. (At least that was the amount in March, when I inquired because I was wondering about the possibility that any of the justices might recuse themselves in the unallotment case.)

A group of members of the House GOP caucus, who are, in a sense, Andy Gildea’s employers, also sponsored an amicus brief in the unallotment case, unsurprisingly on behalf of the Pawlenty side of the case.

(I don’t know if you’ll believe me, but I’m not being sarcastic here. The House of Representatives itself, controlled by its DFL majority, also filed a brief, unsurprisingly against the Pawlenty side, and that one was paid for with public funds. I’m only underscoring how awkward it gets, every which way you turn, when a governor, who has the power of appointment over judges has a high-stakes case, full of partisan and personal political implications, in the courts.)

Experts split
I came close to writing about the recusal question and the Andy-Gildea’s-job angle before the unallotment case was argued. I probably should have. But the main reason I didn’t is that the case bore no real implications that would put money in or take money out of the Gildea family’s income stream. If it had, I feel confident that Justice Gildea would have recused herself or her husband would have quit his job.

I talked to several judicial ethics-expert types. Some thought Justice Gildea should recuse, some thought not. But without that family financial interest, as best I could figure out, without the potential for the ruling to effect the Gildea family treasury, the recusal decision was entirely up to Justice Gildea.

In the end, Gildea sat on the case and ended up writing the dissent. Now she is the chief justice designee. Awkward.

This post isn’t complete without mentioning that the fourth Pawlenty appointee on the current court, the retiring Chief Justice Eric Magnuson (who had been, at one point, a law partner of Pawlenty’s), voted against Pawlenty’s side and wrote the majority opinion. A vote like Magnuson’s in this case, and likewise the court’s unanimous opinion settling the Franken-Coleman recount case (Dietzen and Gildea joined in that per curiam ruling, Magnuson and G. Barry Anderson recused because they had served on the canvassing board that conducted a key portion of the recount) are the kinds of things that can restore confidence in the impartiality of the court. And they are not really so rare.

But the awkwardness is still at the core. When we celebrate those cases where a judge or a court deviates from the partisan positions of the elected officials that appointed them, we are also acknowledging the fundamental awkwardness of the way the whole thing works. And I’ll also acknowledge that I don’t know a way take the politics out of judging, or out of the perception of judging.