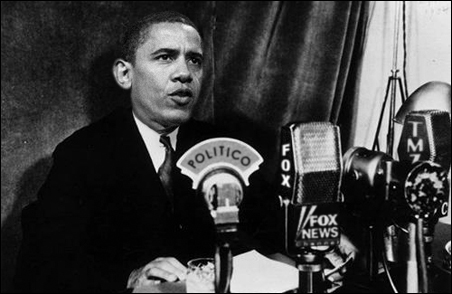 Eventually, I get around to asking University of Minnesota political scientist Kathryn Pearson the question in the headline, and she explains the underlying dynamics of the Washington stalemate, but first…

Franklin D. Roosevelt did not fix the economy with the New Deal programs he signed into law in his first term. As he prepared in the fall of 1936 to face the voters he promised to double down on the kind of economic interventionism he had already tried, in a spirit of constant experimentation until he found something that would resuscitate the economy more than the first round of stimulus had.

It’s a fairly famous speech, the emotional heart of which is in the passage referring to his rich and powerful opponents:

“We had to struggle with the old enemies of peace–business and financial monopoly, speculation, reckless banking, class antagonism, sectionalism, war profiteering.

“Never before in all our history have these forces been so united against one candidate as they stand today. They are unanimous in their hate for me — and I welcome their hatred.”

In a big hard-hitting New York Times piece, political psychologist Drew Westin channeled the frustration of many liberals with what they see as the too-timid, polite, retreating President Obama who is too unwilling to what FDR did.

Westen cited the famous “I welcome their hatred” passage as an example of the kind of speech Obama needs to give, to call out the plutocrats and to double down on “change” as FDR did. I linked to it when it appeared, and also to a smart Jonathan Chait rebuttal, which argued that Westin overrated the power of a presidential address.

A couple of days later, a friend sent me this table of the partisan breakdown of Congress going back to the 1850s. If you look it over you’ll see that the current status of Washington — closely divided government — is not the historical norm. There have been long periods when both the Repubs and the Dems held total control of all branches and even of the Senate by filibuster-proof margins. (In fact, Obama experienced something like that during the first two years of his current term.)

My friend Doug Tice of the Strib built a whole column around the point.

Now back to FDR
The 1930s was one of those periods of one-party domination. The electorate held the economy against the Repubs for a long time, even though the New Deal did not really break the back of  the Depression. 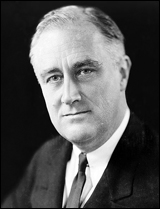 Heading into the 1936 elections, FDR’s Dems held a  69-25 advantage in the Senate and a 322-103 advantage in the House. When he gave his “welcome their hatred” speech, Roosevelt was just weeks away from the biggest electoral college victory since the creation of U.S. party politics, 523-8 over Repub Alf Landon. In fact, the Dems added to their already colossal majorities in both houses of Congress and FDR was able to push through a second round of major legislation that became known as the Second New Deal.

It would be silly to think that FDR’s speech was the reason he was able to win that victory or pass those bills. Rather, he was able to give that speech because he had little to fear politically from the financiers or the profiteers he vilified, nor legislatively from the Repubs in Congress. He wasn’t courting swing voters in key states (he carried 46 or the then-48) nor did he need any moderate Republicans to help him pass his second-term program.

Today, the righties and the rich and the Repubs appear to hold the loyalties of at least a blocking portion of the electorate and the Congress. Would an angry speech denouncing the rich help Obama get reelected, help wrest control of the House back for his party and help enough Dems regain a filibuster-proof majority in the Senate? That would be some speech.

At long last Pearson
Kathryn Pearson is the U of M’s leading Congress expert. I placed all of these facts and arguments on the table and asked her what would happen if Obama gave the 2011 version of FDR’s speech.

She said she understands the frustration of liberals with Obama’s unwillingness to use the bully pulpit more forcefully. And she sympathizes with disappointed liberals who say they can’t figure out what Obama cares about enough to stand and fight for it. 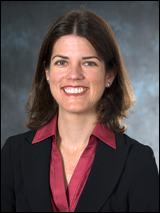 But, she added, “a lot of people in the media and on the left seem to think the bully pulpit is much more powerful than it really is. It would make them feel better to hear that speech but they aren’t thinking about the whole population. A lot of people are not listening when the president speaks and a lot more interpret what he says through an existing partisan lens,” which makes it very hard to persuade of anything that they don’t already believe.

Even with a great speech that excited his base and raised his approval rating, she said, “the challenge he faces now is much more in the makeup of the Congress” than in the mood of the electorate.

Obama obviously faces a much less hospitable Congress than FDR ever faced and the new unprecedented norms of congressional partisan politics make them even more daunting. The unusual shape of the U.S. system creates more chokepoints for legislation than most other democratic structures around the world.

The new norms
As for those new norms, Pearson said, “the Republican House majority not only disagrees with Obama on almost everything but they are dead set against doing anything that could possibly make the president look good.”

There’s a huge freshman class in the House and most of them lack what Congress scholars call “institutional loyalty,” meaning a relatively non-partisan loyalty to the institution of Congress itself. Their loyalty is “all about their Tea Party goals and their extreme anti-Obama sentiment.” Add to that a historically unusual belief that compromise equals defeat.

From that recipe, Pearson said, the idea that Obama could get 218 votes in the House plus 60 in the Senate to end a filibuster from reasonable members of Congress for anything that Obama favors and that might give Obama an accomplishment on which to run for reelection seems far-fetched.

The parties have become ideologically coherent each within themselves, further apart ideologically across the party divide, more electorally competitive and willing to politicize every vote and less willing to compromise than ever in congressional history, Pearson said. The Republicans have learned that they can control the agenda by blocking everything Obama favors and “they would rather get nothing done than give up that agenda control,” she said.

By continuing to seek some way forward and present himself as the adult in the room, he is not copying FDR in 1936, Pearson said, “but if his biggest consideration is appealing to the median voter in swing states, he’s probably following the right strategy.”

What if Obama gave FDR’s ‘I welcome their hatred’ speech?