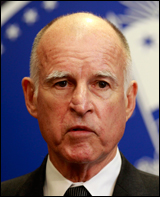 The California Legislature has passed, and Monday Gov. Jerry Brown signed, a law that adds America’s most populous state to the list of states that are trying to form a compact to guarantee that the presidential candidate who receives the most popular votes nationally will become president.

Minnesota has not joined the list, but the idea has substantial bipartisan and leadership support here.

If you haven’t heard about this movement, organized by an outfit called National Popular Vote, here’s how it works. The model legislation, which has now been adopted by eight states (plus the District of Columbia), pledges each state  to award its electoral votes to the national popular vote winner. But the law doesn’t take effect until enough states have passed the bill to guarantee that the popular vote winner at least 270 electoral votes, which equals an electoral vote majority and guarantees election of that ticket.

Personally, I favor the idea. Four times in U.S. history, a president has been “elected” even though his ticket finished second in the popular vote. The most recent was George W. Bush over Al Gore in 2000. But there have been many close calls where a change of the outcome in one close state would have changed the national result to a popular vote loser winning in the Electoral College. The most recent of those was in 2004, when a shift of just 60,000 votes would have swung the state — and the election — to Democratic nominee John Kerry, even though Bush won the national popular by a margin of more than three million (50.74 percent to 48.27 percent).

John Koza, head of National Popular Vote, also argues that the combination of the electoral vote system and especially the winner-take-all system under which 48 of the 50 states award all of their electoral votes to the statewide winner distorts presidential campaigns (which have an incentive to ignore more of the states, which they deem to be reliably red or blue) and focus all their efforts on small number of “swing” or “battleground” states. Even worse — and this might be the most substantive all the arguments — Electoral College considerations give those battleground states special influence in the thinking and in the policies of presidents and presidential wannabes.

Because of the way the trigger mechanism of the compact is set up, California (55 electoral votes) is the biggest “get” of all. Monday’s signing runs the total of electoral votes of states that have adopted the law up to 132, which is 49 percent of the way to the magic number of 270.

The law has been introduced in the Minnesota Legislature for several sessions. The current lead sponsor is Repub state Rep. Pat Garofalo of Farmington (chair of Education Finance) and co-sponsor is DFL Rep. Steve Simon of St. Louis Park. There are plenty of other supports, of both parties, including Speaker Kurt Zellers. It was voted out of the House Elections Committee with bipartisan support.

It also has bipartisan cosponsors in the Senate and Laura Brod, a former Minnesota republican state representative from New Prague and a paid strategic consultant to National Popular Vote, said she expected a Senate committee vote in 2012 and she predicts it will to a vote on the floor of both houses as well.

But despite many indications that the National Popular Vote compact idea has bipartisan appeal — and it had visible support by some members of the Republican National Committee — opponents of the idea within the RNC engineered a policy vote and it was overwhelmingly stomped. One might even say it was unanimously stomped, except that one RNC member voted “present” and many were absent.

Said Koza: “That was certainly not helpful, and it makes it harder to get rank and file support from Republicans, but It’s not like the Kremlin issuing an order.”

Safe blue states
Come to think of it, there’s apparently something about the compact that Dems find more attractive than Repubs. The list of states that have adopted the law comes entirely the list of safe blue states.

Brod attributed the RNC vote to the idea that the committee is made up of an old guard “that thinks they know to win elections and they know how to run them based on the status quo system.”

In working for the law, Brod said, Republicans did seem slower to embrace the idea, but she said it is now happening. In the bright red state of South Carolina, there are 41 sponsors of the bill — all Republicans.