Let’s do Mr. Jason Lewis the kindness of taking seriously his latest Strib op-ed philippic against the evils of liberalism.

The headline “Do you want equality or freedom?” certainly suggests that we can’t want a bit of both, and it also suggests that freedom and equality cannot coexist.

Of course, Lewis didn’t write the headline, but it captures the keys to his argument, and to a bit of semantic bullying in which righties engage often. It goes something like this:

Everything the right likes can be phrased as a form of “freedom,” as in freedom of the rich from paying higher taxes, freedom of corporations from government regulation, freedom to pollute, freedom of those with almost unlimited resources to use those resources to influence elections, freedom of the wealthiest 1 percent to accumulate any damn portion of the society’s wealth and income without shame, freedom to overthrow foreign governments (but only in order to bring freedom to the oppressed of those nations) and a few other important freedoms that you can think of on your own. 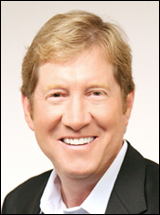 Once the right has established its ownership of the “freedom brand,” it follows that everything that distinguishes the left from the right is a form of oppression.

Government is oppression, taxes are tyranny, and progressive taxation or anything else that requires rich people to pay more than poor people is a particularly pernicious Bolshevik form of totalitarianism that requires a complete leveling between rich and poor.

That’s why you have to choose between freedom and equality. You don’t have the option of maybe just bumping the top marginal rate up a point or two to help reduce the deficit (something about which the right generally claims to care) and still leave the average CEO 90 times better off than his average employee (or maybe only 80).

No, once you tamper with the status quo, you simply can’t stop until everyone makes exactly the same after-tax income as everyone else and then there is no incentive to work hard or take risks or do all that job-creating stuff that makes America America.

Freedom-loving word choices
Jason Lewis didn’t say all this quite as plainly as I just did, but it’s in his piece and you can see it if you don’t get distracted by all the freedom-loving word choices. Think I’m exaggerating, here’s a quote straight from paragraph two: (actually the very quote that, as I read my Sunday Strib, got me to take the pen out of pocket and start marking up the ridiculous faux logic):

“For Occupy Wall Street and the Democratic politicians supporting them, raising taxes on the rich remains an article of faith. And it’s a convenient theory, if for no other reason than that the well-to-do will always have the ‘ability’ to pay more, at least until you get the last dime.”

If Jason can show me a Democratic politician who has recommended squeezing the well-to-do until the last dime, I will apologize for the snotty tone of the last few paragraphs.

Every society, says Lewis (paragraph three), has a bias “toward either protecting property or taking it.” (He seems to love these it-has-to-be-all-one-way-or-all-the-other false choices.) Now, note that taxation, which might be called many things, has been renamed “taking property,” which conjures up maybe Paris mobs at the walls of the palace with torches in 1789.

I run into Jason very occasionally and he’s always quite affable. There was the one time he attacked me by name on his show (in an effort to distract attention from one of Michele Bachmann’s colossal early blunders) without offering me an opportunity to defend myself. But that’s old news. We had a round or of point/counterpoint pieces during my Strib days because we both like to write about the framers of the Constitution, but I will confess that I find Jason to be the kind of history buff who searches not for understanding but for evidence that will enable him to keep believing what he already believes.

Alexander Hamilton and taxes
And sure enough, he does it again in this very piece that we’ve been discussing in the Sunday Strib. It’s quite bizarre really. He quotes from one of Alexander Hamilton’s contributions to the Federalist Papers as evidence that (quoting Jason here) “Hamilton, for example, was a strong proponent of ‘regressives’ taxes.”

The passage that he cites, from Federalist #21, actually makes no statement at all about whether taxation should be progressive or regressive. Seriously, Jason is imagining or for some reason other than marshaling his credibility pretending that Hamilton is arguing against progressive income taxes. But Hamilton is, in fact, arguing in favor of giving the new federal government (Hamilton favored a very strong federal government) power to impose taxes, a power it lacked under the pre-Constitutional Articles of Confederation. I would think Jason would want to stay away from Federalist #21, which is all about justifying a stronger federal government.

OK, I guess I’d better quote the Hamiltonian passage that Lewis claims is an argument in favor of regressive taxation so you can judge for yourself.:

Hamilton: “It is a signal advantage of taxes on articles of consumption, that they contain in their own nature a security against excess … If the duties are too high, they lessen the consumption; the collection is eluded, and the product to the treasury is not so great as when they are confined within proper and moderate bounds. This forms a complete barrier against any material oppression of the citizens by taxes of this class, and is itself a natural limitation of the power of imposing them.”

Seems pretty clear to me that Hamilton is asking that the federal government be given power to levy sales taxes (of course, progressive income taxes had never even been considered or conceptualized by 1787) with a guarantee that if the government set a sales tax too high, it wouldn’t end up collecting much revenue.

Ah well, I’m going into too much detail against, aren’t I? To hasten through, Lewis then expresses skepticism that Warren Buffett really pays a lower effective tax rate than his secretary, goes through the now-standard righty exaggeration about what a large share of taxes rich people currently pay (as usual, he ignores all the taxes that fall most heavily on the poor and middle class). He alludes, with no evidence cited, that the richest 1 percent got what they have by being “true achievers” (in reality, the most reliable single predictor of what economic class a person will wind up in is the class they were born into) and concludes by calling those who favor tax increases on the rich thieves or socialists or both.

I swear that if you look at the piece, I have not exaggerated any of his arguments. If he would like to file a rebuttal to be published in MinnPost or have me on his show to discuss or both, I will do what I can to make either or both happen.

In closing, permit me to loop back to the meaning of freedom. It apparently means different things to different people. In his 1941 State of the Union address, President Franklin D. Roosevelt famously outlined what he called “the four essential human freedoms,” which he hoped could somehow be assured to everyone in the world. The four fundamentals of freedom, according to FDR were:

1.      Freedom of speech and expression

See, you can spin any crazy thing you choose as a freedom.