The central complaint that motivates the Tea Party movement is government raising taxes on hard-working Americans to provide benefits to freeloaders, says Harvard political scientist Theda Skocpol, who has written a book about Tea Partyism.

Put that way, the Tea Party movement seems at once familiar and not all that unreasonable.

Skocpol, an unabashed lefty and a very big name in scholarly circles, talked about the soon-to-be-published book Thursday at the U of M’s Center for the Study of Politics and Governance. 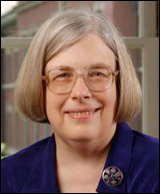 The research for the book included the use of poly sci reviews of polling data and other statistical approach, but Skocpol and her coauthor also attended many Tea Party meetings around the country and conducted long interviews with Tea Party members. They heard Tea Partiers assert many crazy and erroneous “facts” and opinions about how government works, what President Obama is up to, what’s in the big health care bill.

Still, Skocpol expresses an unexpected respect for a network that has managed to motivate hundreds of thousands of ordinary Americans to become political activists.

In her presentation Thursday, she also knocked down emphatically a few of the left’s favorite excuses for dismissing the Tea Party organizations. For example:

A bit of data
According to Skocpol’s research:

Tom Emmer shows up
At Thursday’s event at the U of M’s Humphrey Center former state Rep. (and former Repub candidate for guv and current radio talk host) Tom Emmer joined Skocpol on the panel.

(Emmer, by the way, has lost a bunch of weight, looked much healthier, happier and less angry than when I last saw him in the late stages of the 2010 campaign.)

After declaring that he is not a Tea Partier, he is a Republican, Emmer tried to place Skocpol’s research into a longer context of Repub history.

Ever since the New Deal expanded the federal government into more of a welfare state (expanding federal powers beyond those authorized by the Constitution, Emmer said), Republicans have been divided between hard-line conservatives who wanted to get rid of the welfare state and moderates who believed that the programs were here to stay but could be managed more efficiently by Republicans.

In the 1940s and 50s, it was Sen. Robert Taft, the conservative, vs. Thomas Dewey and later Dwight Eisenhower, the moderates. In 1964, it was Goldwater Republicanism vs. Rockefeller Republicanism. The Tea Party, he said, must be seen as a revival of the older, purer form of conservatism and, as in the previous eras, it contributes to a powerful tug of war for control of the party.

Emmer, by the way, did not like Skocpol’s use of the word “hate” to describe Tea Party feelings about Obama, although he conceded that many Tea Partiers hate what Obama stands for.