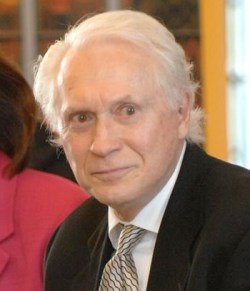 “Let’s not beat around the bush: The … voter photo ID law is a not-too-thinly-veiled attempt to discourage election-day turnout by certain folks believed to skew Democratic.”

That’s not be me talking. It’s the late federal Appeals Court Judge Terence Evans, left, writing in 2007. In fact, it’s the first words of his opinion leading to his conclusion that photo ID laws are driven by partisanship. Evans voted to strike down the Indiana law that was then before him.

But Evans view didn’t prevail. He was outvoted 2-1 in the 7th Circuit panel hearing the case. Then the U.S. Supreme Court ultimately upheld the Indiana law on a 6-3 vote. So, if Minnesota adopts the proposed state constitutional amendment requiring photo ID for voting, the law’s opponents are unlikely to have any luck in federal court.

(The idea of requiring voter photo ID has been on the wish list of Minnesota Republicans for several years. If passed as a regular law in the current situation, it would be vetoed by Gov. Mark Dayton. But the Repubs have the ability to put it on the ballot as a proposed constitutional amendment, a procedure that bypasses the opportunity for a gubernatorial veto. The Legislature has not acted on it yet but it is moving forward and voter ID is likely to be on the 2012 ballot.)

I learned of Judge Evans’ blunt statement of the partisan nature of photo ID reading an advance chapter of a forthcoming book by one of the top national experts on election law, Rick Hasen of the U of California (Irvine) Law School, editor of the quarterly Election Law Journal, and blogger in charge of Election Law Blog.

Hasen’s book will be titled “The Voting Wars: From Florida 2000 to the Next Election Meltdown.” The sample chapter, which focuses heavily on the issue of photo ID, is called “The Fraudulent Fraud Squad: Understanding the Battle Over Voter ID.”

As you can guess by the chapter title, Hasen believes and argues convincingly that supporters of voter photo ID laws who argue that they are trying to combat a significant form of voter fraud are themselves the frauds. The problem of criminals impersonating voters simply doesn’t exist in any serious numbers, certainly not in numbers that would affect an election result. Hasen argues that if you wanted to commit election fraud, the non-voter-impersonating-a-voter route would be one of the dumbest ways to go. 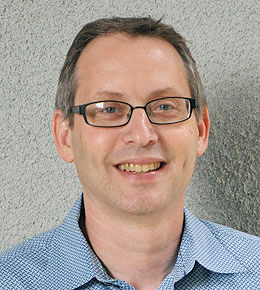 But Hasen, right,  doesn’t rely on his own view of how dumb it would be. During the George W. Bush administration, the Justice Department made a big deal of cracking down on voter fraud, organized a special Justice Department unit that managed, over five years of effort, to obtain just 86 convictions. But of those, just 35 were against individual voters. And of those, Hasen writes, not a single one would have been prevented by a photo ID requirement.

(As you might recall, a big part of the apparent motivation for the firing of seven U.S. attorneys — all Bush appointees — during W’s second term, was that the prosecutors in question did not show sufficient enthusiasm for going after voter cases. Hasen lists Karl Rove on the list of leaders of the Fraudulent Fraud Squad.)

So if there’s not much voter fraud and almost none that would be deterred by a photo ID law, why keep trying to push those laws through? Well, to loop back to Judge Evans from the first paragraph, the motivation is partisan advantage. (By the same token, the motivation for Democrats to oppose those laws is also partisan.) Because, as Judge Evans said, the kind of voters most likely to be discouraged from voting by a photo ID requirement (generally poor, minority, elderly voters) are from groups that tend to vote more for Democrats. No duh, right? But the discussion over the law continues to proceed on the non-issue of cracking down on a form of fraud that doesn’t occur.

My favorite statistic from Hasen’s piece:  He analyzed the 10 state legislatures that considered voter ID laws between 2005 and 2007 and found that 95.3 percent of Republican legislators who had a chance to vote in favor of voter ID, did so. Among Dem legislators in those states, 2.1 percent voted for the laws.

So why was Judge Evans outvoted by colleagues on his own court and by the Supreme Court majority?

Well, a lot of it came down to Republican-appointed judges voting to uphold the law and Dem appointees voting along Evans’ line. But the logic of the majority was simply this: It is not unconstitutional for legislators to vote for a law that is good for their party. Partisan motives are not unconstitutional. And in addition (the same thing will be argued in Minnesota if the debate proceeds), it is very hard for opponents of the photo ID laws to demonstrate that there are eligible voters who would be prohibited from voting by a photo ID requirement. They might be discouraged by the hassle, yes. But, according to the proponents, it takes more than discouragement to cross the line into unconstitutionality.

Oh, and if you’d like to read Hasen’s chapter for yourself, it is available via Amazon for Kindle readers, and if you don’t have a Kindle, you can sign up for getting Kindleable materials on your PC. But, in the spirit of Judge Evans, let’s not beat around the bush. It will cost you $1.99 to download the chapter. Hey, I paid it. Anyway, here’s the link to the chapter on Amazon.

Who’s for (and against) voter photo ID, and why?