The oddity of the odyssey of the 2012 Republican nominating contest was foreseen by no one.

Rick Santorum, with little money or organization, too much baggage from his Senate career (which, it must be remembered, ended in a landslide loss in own home state) and – according to those who had him down as a non-factor until a few days before the Iowa caucuses – not much, in the Charisma Dept., is the surprise of the year and remains the leading alternative to Mitt Romney.

Santorum’s wins in Alabama and Mississippi last night defied the polls and gave him the great chimerical quotient of the year – what the pundits always call “momentum,” although it seems to have none of the qualities of what the physicists would call momentum – heading into the next rounds (Missouri and Puerto Rico this weekend, then a big primary in Illinois next Tuesday). It’s weird how Santorum always does a bit better than the last round polls suggests he will.

When the cable news guys get Santorum on camera, the only thing they can think to ask is whether he will call for Newt Gingrich to get out of the race. Santorum, one assumes, desperately wishes Gingrich would get out, which would give him a chance to win most of the remaining primaries. But he ritually declines to actually call for Gingrich to get out and instead makes the trite (but true) point that it’s up to each candidate to make the get-out decision for himself. This is unarguably true, especially in the age of the Super PAC when, like Gingrich, you have even one very rich admirer who makes $3 million an hour.

Santorum’s it’s-up-to-Newt statement is usually interpreted as a sign of faux respect, intended to make Gingrich feel kindly enough toward Santorum to get out of the race. But over the course of last evening, another possible interpretation for the Gingrich-stays-in enigma began to emerge.

Gingrich, whose spokesman recently said that Gingrich had to win both Alabama and Mississippi to remain a “credible” candidate, lost both states but last night renewed his vows to stay in the race until the convention.

Gingrich has won just two primaries, one in his own state of Georgia and one in the neighboring state of South Carolina. Even if he had won in two other neighboring states last night (which he didn’t), there is no credible path to the nomination for him. He has astronomical unfavorable ratings and is especially detested by women.

Twice this year, Gingrich seemed to be on the verge of wresting front-runner status from Romney — once in the week before the Iowa caucuses and once in the aftermath of Gingrich’s big win in South Carolina.  Both times he was subjected to a very expensive and devastating attack of negative ads by Romney (excuse, by the Super PAC that supports Romney but is legally barred from coordinating its message with Romney’s campaign). It has made sense since then that Gingrich’s top goal, if he cannot be the nominee, is to deprive Romney of the prize.

Gingrich no longer tries to conceal his contempt for Romney, whom he has called a liberal and a liar and other unflattering words that begin with letters other than L. On Fox last night, Brett Baier all but begged Gingrich, in the spirit of party fellow-feeling, to say something nice about Romney.

Gingrich said that a Romney presidency would be preferable to four more years of Barack Obama in the White House, which would be a devastating blow from which America could never fully recover. (That’s not a quote, but it’s not far off.) On Planet Republican, “better than Obama” is something less than a compliment. Baier invited Gingrich to say something nicer. Gingrich refused.

And yet, by one common analysis, Gingrich has become Romney’s key ally. By staying in the race and splitting the anybody-but-Romney with Santorum, Gingrich has deprived Santorum of likely wins in several key states, including big ones like Ohio and Michigan. OK, that’s the mystery.

Over the last couple of days, and again last night in his posts-defeat interviews, Gingrich offered a different view of the delegate math and perhaps a different explanation for why his decision to stay in the race isn’t really helping Romney. 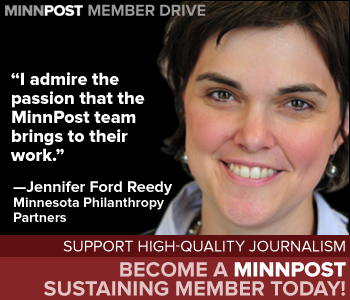 The great thing about the Alabama and Mississippi results, he said last night, is that Romney will get fewer than one-third of the delegates from those two states. If a combination of Gingrich and Santorum continues to hold Romney to fewer than one third of the future delegates, he cannot amass the 1,144 delegates he needs to clinch the GOP nomination on the first ballot.

National Journal has strung together several recent statements by Gingrich suggesting that this is Gingrich’s goal: to turn Romney into “a front-runner who ends up not finishing the race.” In a radio interview just before the Alabama voting, he likened the strategy to a “tag-team” approach, with Santorum and himself working together to the one goal of depriving Romney of a first-ballot clinch.

If you torture the delegates long enough, it may be possible to make this argument begin to border on sane, but no, it doesn’t cross that border. Romney has plenty of supporters within the Republican establishment and is widely viewed as matching up better against Obama than Santorum or Gingrich. There are the super delegates, drawn from the ranks of exactly those establishment figures who could put Romney over the top, even on the first ballot, if he is very close.

It would be dangerous to assume that Gingrich is divulging his true motive for staying in the race. But if it’s the one described above, it’s close to delusional.

Romney stayed off the air last night. His campaign did not have the usual campaign headquarters event for the media. He was clearly hoping to just move on from a bad night, or at least a bad night in terms of what the pundits call the “narrative.” The narrative is the story line and the story line continues to be that Romney can’t clinch the nomination – even against such dwarves as Santorum and Gingrich.

The narrative is prose, made up of words. But the nomination will be won by a non-narrative made up of numbers. The non-narrative math says that the continuing strength of the Romney organization kept last night from really being so bad for Romney.

The numbers aren’t quite final, but as best the Washington Post could determine this morning, Romney probably won more delegates than Santorum last night, despite finishing third in both southern primaries. That’s because Romney, and only Romney, has enough money and organization to compete everywhere including, last night, in caucuses in Hawaii and American Samoa. Although there weren’t many delegates at stake, Romney appears to have quietly won enough of them compared to his rivals to have offset Santorum’s louder wins in Alabama and Mississippi. The Post has the delegate totals for the night thus:

Still to be determined: 9