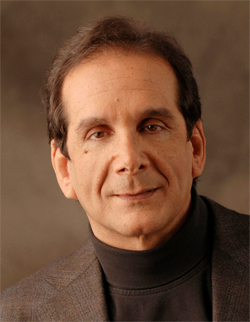 The 2012 election represents a historical crossroad with the fundamental question of the nature of the American “social contract” on the table, Charles Krauthammer told the audience at the annual dinner of the Center of the American Experiment last night.

Barack Obama sees himself as “the new Reagan, the liberal Reagan.” Reagan’s presidency ended the decades of liberal dominance that prevailed from the 1930s. Obama’s idea of a “transformational presidency” is to shift America back on a leftward path that will continue for a generation, Krauthammer told an appreciative pre-dinner audience at the downtown Minneapolis Hilton.

Krauthammer, one of the leading righty columnists and a frequent commentator on Fox News, is often such a glowering sourpuss on Fox that I was surprised at how funny he was. I’ll pass along a bit of his humor at the end of this post. But first his serious analysis:

Because Obama had such a thin pre-presidential resume, it was hard to tell during the 2008 campaign he might be the moderate liberal he claimed or whether he would try to move the U.S. sharply to the left. It turned out to be the latter, Krauthammer said, although conservatives ought to stop calling President Obama a “socialist,” because the term is too broad and covers the old Soviet-style Communist model. Obama, he said, should be called a “social democrat” who aims to shift the United States significantly in the direction of the kind of cradle-to-grave welfare statism that that prevails in Europe.

If Obama succeeds, Krauthammer says, he will end the long American tradition of a more-freedom-less-government-more-individualism model that has distinguished us from Europe since the founding and which, Krauthammer believes, has contributed greatly to the U.S. ascendancy to world leadership.

(Personally, I appreciate Krauthammer’s effort to be accurate in his word choices to describe Obama. Of course there are grounds to challenge whether Obamism really represents such a sharp leftward shift. Krauthammer cites Obamacare, which he considers a not-very-disguised government takeover of that sector, and he also cited Obama’s 2009 State of the Union message in which he expressed ambitions to transform American practices in energy and education as well.)

But Obama “over-read his mandate,” Krauthammer said. Obama’s convincing 2008 election was secured largely because of the financial collapse that occurred in the fall of ’08. America wasn’t really craving a lurch to the left, he said, but under those circumstances “even the Italian Communist Party” could have beaten the Republican nominee.

Having mistaken his mandate as a call for a major shift to the left, Krauthammer said, Obama received his comeuppance in the 2010 midterms, which demonstrated that the country wasn’t hankering for European style social democracy, especially since the European “Leviathan state” model was collapsing even as Obama sought to adopt it.

Now comes 2012 and an election that – despite Obama’s efforts to disguise this fact – must be about the fundamental liberty-or-big-government question. A year ago, Krauthammer said, he would have predicted a Republican landslide. But the Republican primary campaign was a disaster for the party, and while Romney was the only “plausible” candidate in the field, Krauthammer could barely bring himself to praise the presumptive nominee, whom he often trashed earlier in the year. Now, he says, the odds of the Republicans taking back the White House are only 50-50.

So Obama is reduced to running on “sentiment and fear,” which translates to “I care” and “Romney’s a monster.”

A guy walks into a bar…

Well, perhaps that’s enough of Krauthammer’s substantive message, which was warmly received at an annual fancy-dress event that is often nicknamed the “conservative prom.” As I advertised above, I was surprised at Krauthammer’s humor, so here are a couple of morsels from that category (I don’t doubt that Krauthammer has been using some of these lines as a dinner speaker for many moons, but they made smile::

Krauthammer, in case you don’t know, was a practicing psychiatrist in Boston before he went into journalism, and the two phases of his career have more in common than you might think. In both Boston and Washington, he deals with people who suffer from paranoia and delusions and of grandeur. “The difference is that the ones in Washington have nuclear weapons.” 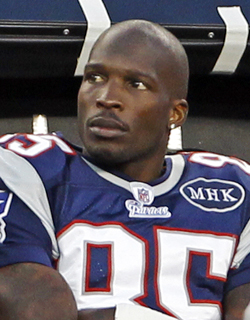 When discussing all the smart conservatives that he wishes had run for president, Krauthammer said the best candidate would have been Jeb Bush, if only he had a different last name. Krauthammer said he has suggested that Bush change his name, perhaps to “Jeb Ochocinco.” That would simultaneously appeal to two constituencies, Hispanics and wide receivers. (If you don’t get it, ask the football fan in your family.)

Krauthammer said that at the pre-dinner receptions several American Experiment members told him that he should run for president. He said he repeated his long-standing policy: “If nominated I will not run. But if elected, I’ll serve. I’m just lazy and not willing to go through the whole process.”

I dunno. Maybe you had to be there.