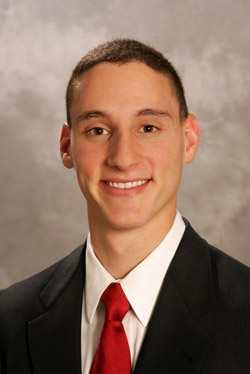 Stu Rothenberg of the Rothenberg Political Report has a piece up this a.m. explaining why he rates the Ohio U.S. Senate race “toss up/tilts Democrat.”

The polls generally show the incumbent, Democrat Sherrod Brown, with a fairly solid lead. But Rothenberg doesn’t even mention the polls. In fact, compared with most of his colleagues/competitors who rate the Senate races, and who consider it a fairly safe bet for the Brown to hold his seat, Rothenberg’s “tilt” rating means he considers the seat more in play than the others do.

Rothenberg was very impressed by the Repub challenger, Ohio state Treasurer Josh Mandel, when the candidate came in, without any handlers, for an interview. He really kinda makes the case for a toss-up rating, until — and this is the main reason I decided to pass along Rothenberg’s rating update — this paragraph at the end of the piece:

“Mandel isn’t merely young looking. He could pass for 16 years old. I have a hard time believing that voters will see the GOP challenger as mature enough and prepared enough to be a Senator now.”

First I laughed. Then I was horrified that Rothenberg would sink so low. Then I looked up a picture of Mandel. Then I noted to myself that Rothenberg is in no way endorsing the impact that Mandel’s face might cost him the race — he’s just playing his role as an analyst. Then I thought about some of the research on what causes swing voters to make up their minds in close races. Then I recalled Winston’s Churchill’s famous remark that “democracy is the worst form of government except for all those other forms that have been tried from time to time.”

Mandell, by the way, is 34 and will be 35 on Election Day. The Constitution requires 30 for a senator.