The previous installment explored why the United States political system discourages the development of parties beyond the Democrats and the Republicans.

Perhaps, conditioned by the relentlessness of the U.S. system, you can’t think of any other way to run an election. But there are several in use around the world, and even around the United States. (And, yes, very good if you already thought of it, even in the cities of Minneapolis and St. Paul and other jurisdictions that have recently experiment with “Instant Runoff,” also known as “Ranked Choice Voting,” in which voters can vote for several candidates but assign them a rank according to the strength of the voters’ preference.)

Just to mess with your mind, here’s another system that is most hospitable to the creation and survival of minor parties. It’s the Israeli system. Members of the Knesset (the Israeli unicameral 120-member Parliament) do not represent districts, but are elected off of lists assembled by the party. A voter does not vote for an individual but for the list of the party he or she supports. Every party that attracts at least 2 percent of the total vote will have at least one member in Knesset. Once the tiny, less-than-2-percent parties are disqualified, the rest of the seats are apportioned according to the percentage of the total vote each party received. If a party receives enough votes to get 10 seats, the top 10 candidates on the party list are seated. Since a supporter of a relatively minor party knows that his party needs to get just 2 percent to get into parliament, and each vote might tip the number up to another seat, the fear of “wasting” your vote is greatly reduced.

The current Knesset has members of 13 different parties. The smallest have three or four seats each. The largest have less than 25 percent. So every government is a coalition comprising enough parties to make up a majority of at least 61 members, usually led by one of the two biggest parties. The coalition is based on negotiations among the parties, which requires the big dominant parties to make concessions to the policy preferences of the small parties in order to get them to join the coalition. 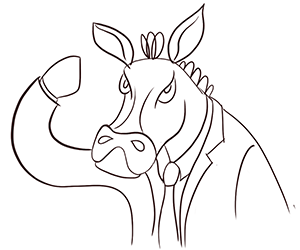 I’m not so insane as to think that Americans would prefer the Israeli system. It’s such a big change from what we’re used to that our heads would explode. There are worrisome downsides to such a system. A small party might gain undue influence because their few votes are needed to form a coalition. A coalition made up of many parties can be unstable and fall apart, forcing frequent election. But it does illustrate that if you get away from single-member districts, plurality voting (SMDP) and remove voters’ fears of wasting their votes, more parties will thrive and become relevant and voters will have a wider array of political choices.

But here’s one last surprising fact that runs slightly contrary to the overall argument of this series. Most Americans (including me, until I did the research for this series) probably think that the SMDP system is mandated in the U.S. Constitution.

What the Constitution says

All that Article I, Sec. ii does is explain how House seats will be apportioned among the states, according to their populations (with, of course, the odious and now obsolete provision under which a slave counted as three-fifths of a person for such apportionment purposes).

Other than that, the Constitution requires only that the members of the House be elected for two-year terms “by the People of the several States” and that the representatives be, at the time of their election, an “inhabitant” of the state from which they were elected. As the current Minnesota case of Michele Bachmann establishes, the representative does not have to be a resident of the district from which they were elected because (as I just mentioned above) the Constitution does not require that House elections be conducted by single-member districts. 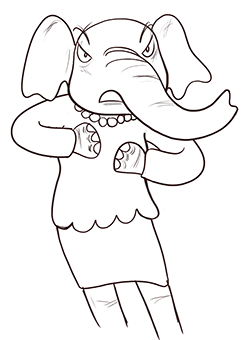 In fact, this is not merely theoretical. Most of the original 13 states used multi-member districts in the early rounds of Congressional elections. Single-member districts with plurality winners soon caught on, but by 1842, six states were still electing whole slates of House members on a statewide, at-large basis. That year, Congress attempted to mandate the use of single-member districts but some states refused to comply and got away with it. As late as 1960, several states still had mixed systems in which there were House members who represented individual districts and others who represented the state at large.

After a century of back and forth with congressional laws and Supreme Court decisions, Congress finally passed in 1967 the most effective mandate for single-member districts. By then, only two states – Hawaii and New Mexico, if you must know – still had at-large elections. (This is an overview of the history of the single-member district.)

Under a strict states-rights, 10th Amendment approach to the Constitution, one could argue that Congress exceeded its enumerated powers by telling states how they had to choose their members of Congress, since the Constitution left it in the hands of the individual states. But think about the potential, in today’s highly partisanized environment, for mischief. Imagine if the two most populous states – California and Texas – changed to a system of statewide at-large elections to the U.S. House. Would blue California elect a statewide slate of Democrats to fill all 53 of its House seats (19 of which are currently occupied by Republicans)? Could Texas, which currently has 23 Republican representatives and eight Democrats, send an all-Republican delegation to Washington? That hardly seems like a step forward, but such a system clearly would have been constitutional when the ink on the Constitution was still drying.

I doubt Texas or California could get away with it now (although who knows how far things might swing in an era of total partisan combat). But in our current system, as evolved and practiced, the parties certainly seek and often succeed in tilting the playing field.

I just mentioned that Texas currently has 23 Republican House members compared with eight Democrats. That’s a 74-26 percent split. But, although Texas is a solid red state, it isn’t as red as that. In presidential, senatorial and gubernatorial races, Republicans generally win in Texas but they don’t get 74 percent of the vote and they generally don’t break 60. The reason Republicans get a percentage of House seats that exceeds their overall support is that the party controls the decennial drawing of the House districts and uses its control to draw a map that maximizes their net haul of votes in the House.

This kind of manipulation is an unpleasant side effect of our system, as evolved, and has become more pronounced with polling and technological advances that improve a controlling party’s ability to maximize its advantage. It’s less true in California because of their tendency to elect Republican governors and not true at all in states like Minnesota which, despite being reliably blue in presidential election, have seldom in recent history had single-party control of the governorship and both houses of the Legislature. In cases like that, the House districts are drawn under relatively non-partisan court supervision.

Imagining some other ways to run elections