In “It’s Even Worse Than It Looks,” Washington-based scholar/pundits Norm Ornstein and Tom Mann remark several times that the way to look at the dysfunction and gridlock of recent years is that the U.S. political parties are behaving more and more like parties in a parliamentary system, but the American system does not work with that style of partisan behavior.

Because of their structures, parliamentary systems are relatively gridlock-proof. Our system — absent the grease of partisan cooperation and compromise — is particularly gridlock-prone.

A parliamentary system is designed to put one party into legislative and executive control and give that party (or a coalition of parties constituting a parliamentary majority) the tools to both enact and implement its program. The job of the out-of-power party is to criticize and oppose the in-power party, to describe its alternative ideas for how to run the country and to explain why the country should put the in-party out and the out-party in in the next election.

The point of the Ornstein-Mann observation is that in the typical parliamentary system, the opposition party can criticize and oppose all they want — in fact, that’s what they’re supposed to do. But the party or coalition in power — by rule — has the votes it needs to pass its bills and the executive authority to implement them (since the executive branch is headed by the prime minister, who is both a member of Parliament and the leader of the governing party).

But in the American-style system, with a bicameral Congress and an independently elected president who can veto bills with which he disagrees, it is very often the case, as at present, that no party has the votes to pass its bills without the compromise/cooperation of the other party.

Wait for the election

“On big issues — taxes and revenues and health care — as the president himself said, we are not going to agree,” Rep. Eric Cantor of Virginia, the second ranking Republican in the House, said early this year. “That’s for the election” to decide. 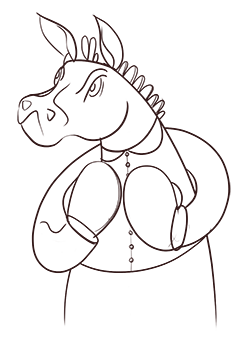 Of course, if the most recent horserace polling is right, the likeliest outcome of the November election will be that we will have a Democrat in the White House, a Republican majority in the House and the Senate balanced on the partisan head of a pin. What would Cantor recommend should happen then? Postpone those issues two more years (or maybe four) until the next election?

My friend Doug Tice of the Star Tribune editorial board noted in a piece last year that the electorate used to put one party in full power quite often. Wrote Tice:

Between 1900 and the end of Lyndon Johnson’s tenure, one party or the other controlled the whole federal government — the White House and both houses of Congress — for 54 of 68 years, about 80 percent of the time. Since then, we’ve had one-party government for just 14 of 44 years, less than one-third of the time.

Note that this is a change in the behavior of the electorate. This change has coincided with a different set of normative changes in the less-collaborative, uncompromising behaviors of the two national parties (and Mann and Ornstein decided in their book that these behaviors are much more common on the Republican side of the spectrum). If not for this change, we likely wouldn’t be trying to figure out the causes of and cures for the gridlock that afflicts Washington.

But those normative changes have occurred. Our system has no mechanism to force either the electorate or the parties to behave differently. And what if those new norms are the new normal, (and, for now, they are)? Our system — because of its basic structure and its many choke points — is going to have continuing trouble governing.

The typical parliamentary system can’t guarantee it, but under that system “letting the election decide” has a much better likelihood of working, and in a comparatively short time frame.

I don’t mean to over-romanticize the advantages of parliamentarianism. It has its faults. When I was a young man, Americans liked to laugh at the parliamentary system as it malfunctioned in Italy, seeming to bring about a new government every couple of months. Recently, Greece was spectacle of a parliamentary system run amok, when no party got a mandate but the biggest blocs of votes were obtained by a party of the far (almost communist) left and a party of the (almost fascist) right, who had no hope of forming a durable government.

The overall idea of this series is to consider the sources of gridlock and some of the other stresses and strains in U.S. politics and government, whether the sources are recent normative changes, basic structural issues or something in between.

Perhaps some of the rhetoric above gives the impression the series that follows will be some sort of ungrateful blamefest against the Framers and the Constitution. Maybe a little, but not really. 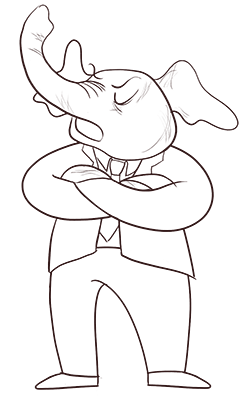 Since 1787, the USA has grown and prospered to a staggering degree, unparalleled in human history, and that ain’t nothing at which to sneeze nor for which to be ungrateful. There are dark chapters within the tale. But the point is not to disparage that history nor the creators of the system of government that helped make it possible.

My belief is that the Framers were mostly great men who did about the best that could be expected at inventing a new form of democracy while working around the various “third rail” issues of the time (like slavery) and compromising around the factional disputes that could otherwise have scuttled the whole project (like the fear of the small states that they would be pushed around by the bigs, which is why, for example, to this very day, we have a Senate in which Wyoming’s 563,000 citizens have equal say with California’s 37 million).

I should also, while I’m being humble about my main argument, acknowledge that one can easily exaggerate how dysfunctional our system has become. I try to bear in mind that things are not as dysfunctional as in the 1850s, when the country actually broke up over differences for which the political system could not come up with acceptable solutions or compromises. Sorry, but not even the fight over Obamacare, not even the constant threat of a government shutdown, not even a downgrade in the U.S. credit rating brought about by the failure of Congress to strike a budget and deficit deal, none of these compare with the Civil War as evidence of a system that is no longer working properly.

Things are not that bad. But perhaps the current gridlock in some ways is the worst dysfunction since then. The country has several pretty serious issues that need to be addressed by the government (pause here for someone to say that we don’t need the government to do more, we need it to do less, which is, of course, a great example of how we end up doing neither more nor less but continue to assert our philosophical differences until we get to at least the brink of disaster every time — and then, often, the deal that is reached only pushes the brink off a few months into the future).

I know that the Constitution has the status of sacred text. I know that it is also almost impossible to amend. So in describing the relative advantages and disadvantages between a parliamentary and a presidential system, I know that the chance is nil that the United States would consider the kind of fundamental structural changes necessary to move in the parliamentary direction.

But, just in case you never went over the comparison, the next installment of “Imperfect Union” will summarize a few key differences between the two systems.

U.S. or parliamentary system? One is nearly gridlock-proof — and it ain’t ours