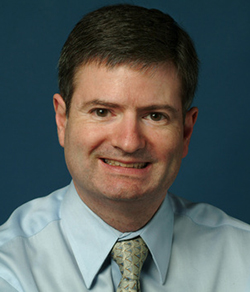 Glenn Kessler, who writes the “Fact Checker” column for the Washington Post, put up a compendium of his best/worst hits of the campaign season Sunday by creating a bunch of categories (like “Most Absurd ‘Fact’”) and then naming a “winner” for each political party.

As a refresher course on some of the nonsense that’s been spewed during 2012, I recommend it, although reading through it has a depressing feel. We are being misled/deceived/lied to constantly by the political class. By awarding a prize in each category to each party, Kessler also contributes to the problem of false parity, a structure implying that each side is deceiving equally. I don’t believe that’s true, but for someone like me who believes that our perceptions are shaped by our desire to confirm our pre-existing biases, it’s also hard for me to completely trust my perception that Mitt Romney and the Republicans are guilty of the larger and more frequent deceptions.

Another silly thing Kessler does in this piece is to go back over all the statements he has rated on his regrettable “Pinocchio” scale and calculate an average for each candidate. This would be helpful, and represent an escape from False-Parity Land if it had anything to do with real arithmetic, but it doesn’t. Kessler finds that on average, the 92 Obama statements he rated got an average of 2.11 Pinocchio’s (on a 4-Pinocchio scale) while Romney averaged a slightly worse 2.4 Pinocchio’s over 77 statements. (Of local note, Kessler mentioned, in an unsurprising aside, that Minnesota’s own Michele Bachmann was the Pinocchio-est of the 2012 presidential candidates, with an average rating of 3.08.

But as much as these numbers might comport with one’s intuition, they are themselves ridiculous. By necessity, a fact-checker doesn’t check every fact asserted by every candidate or every SuperPAC. The fact-checker, of necessity, focuses on a relative few of the thousands of assertions. So, even if you were to accept that the number of Pinocchios assigned by Kessler is a definitive measure of the statements under scrutiny, the average of all such ratings is hopelessly biased as a measure of the accuracy of the things a candidate has said.

Personally, I strongly favor the new journalistic rage to fact-check. I don’t assume that any fact-checker or all of them put together constitute the final word in accuracy. I don’t even think there is a final word. Many of the assertions under scrutiny are arguable and not susceptible to a simple rating of truth or lie. I don’t really like the idea of assigning a rating to the fact under scrutiny whether by a letter grade, a cutesy number of Pinocchios or an even cutesier rating (this one is by the estimable PolitiFact) that claims to know the difference between a statement that is merely “false” and that is “pants on fire.”

My favorite is the original, Factcheck.org, which gives no such ratings. It stays humble about its omniscience, and just gives you the context you need – if you are willing to make even a minimal effort – to get a little perspective on the truthiness of a statement and a little closer to the underlying truth.

The great value of all of them (whether they quantify truthiness or not) is that they are trying to give you accurate information and missing context that will help you see through the efforts to mislead you. Other than doing their job and getting paid and feeling smart, that really is their goal – to help unmislead whoever reads their work. It’s a pretty high calling, really, at least I’ve always thought so, mostly because so many other very smart people are trying so hard and getting paid so much more to mislead you.

A few weeks ago, the Minneapolis Chapter of the League of Women Voters asked me to give a small talk about fact-checking. The question they asked me to start with is why, in spite of all the good fact-checking that’s being done, the lies and half-truths in the speeches and the TV appearances and the 30-second spots seem to be worse than ever.

The question seemed wonderfully hopeful and optimistic about we, the people. I apologized to the LWV gang for letting my cynicism get the better of me, but I had to confess that the answer to their question seemed to be that the people who were willing to say anything to get elected and the people to whom they paid a lot of money to help them get elected had taken the measure of we, the people, and decided that straight, honest talk was highly overrated as a marketing tool. The whole truth is often highly inconvenient when you are selling a product or a candidate. The candidates and their ad-makers are telling us pretty clearly that We won’t hold a little half-truthiness against them if they tell us what they want to hear.

As a closing line in my little talk to the LWV, I reminded them what their organization had said, in 1988, when they announced that, after having played a major role in sponsoring presidential debates over the previous cycles, they would decline the role in future:

The League of Women Voters is withdrawing sponsorship of the presidential debates…because the demands of the two campaign organizations would perpetrate a fraud on the American voter. It has become clear to us that the candidates’ organizations aim to add debates to their list of campaign-trail charades devoid of substance, spontaneity and answers to tough questions. The League has no intention of becoming an accessory to the hoodwinking of the American public…

With so many fact-checkers, why are politicians lying more and more?