A strange paradox – call it the paradox of the Hastert Rule — defines the current state of the speakership of John Boehner. Although Boehner is in many respects the politically weakest speaker in recent history, his discretion over the Hastert Rule makes him in some respects the single most influential man in Washington when it comes to deciding what few pieces of controversial legislation will slip through the gridlock that otherwise grips Washington.

Last week, Boehner’s decision to waive the Hastert Rule made possible the renewal of the Violence Against Women Act. Earlier this year, Boehner similarly waived the rule to allow final House passage of the deal that averted the so-called fiscal cliff, and passage of federal aid to victims of Hurricane Sandy — none of which would have been enacted if Boehner had abided by the Hastert Rule.

All three bills passed the House (and quickly became law) with the votes of the majority of House Democrats and a minority of House Republicans. (Given the current partisan division of the House, it takes just 16 Repub votes to pass a bill, if all of the House Dems vote for it. But this is exactly the kind of outcome that the Hastert Rule is supposed to prevent.)

The Hastert Rule is not really a rule; it’s more of a rule of thumb. It’s named for Dennis Hastert, the last Republican speaker before Boehner. It was Hastert’s practice to block a final House vote on any measure unless a majority of House Republicans were in favor of the bill. The speaker of the House has almost total control of which bills are allowed to come to the floor for a final vote.

Hastert didn’t originate the idea, but he felt strongly about it and never deviated from it. Hastert used to say that his party would not truly be the governing party in the House if he allowed passage of bills that a majority of House Republicans opposed. (The Hastert Rule is also known as the rule by “the majority of the majority.”) Hastert never deviated from it and said explicitly that “the job of speaker is not to expedite legislation that runs counter to the wishes of the majority of his majority.”

Worked in the past

According to Professor Kathryn Pearson, the University of Minnesota Congress expert who kindly helped me with this post, the Hastert Rule worked well during the Hastert Era (which overlapped with most of the George W. Bush presidency). The Republican caucus of the Hastert era was a much more cohesive group and Hastert was generally in sync with his caucus, which also in sync with the Republican in the White House.

Life is considerably more complicated for Boehner. Although he is a solid conservative, Boehner is not a Tea Party Republican. He is more pragmatic, more of a deal-maker who tries to use the leverage he has to get concessions that — in his view — makes a deal worth doing. The Tea Party Republicans often prefer no deal to a compromise on key principles, and seem to have a growing list of key principles. 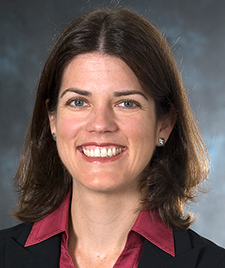 The first violation of the Hastert Rule was on the deal that averted the so-called fiscal cliff crisis. That deal, by the time if came to the House, had already passed with overwhelming bipartisan support in the Senate and had advance approval of the White House. If it had failed in the House, the Bush tax cuts would have expired entirely, raising taxes on all income tax payers. It passed 257 to 167, but the vote among Republicans was 151-85 against the bill.

The second was the bill to aid victims of Hurricane Sandy. The pivotal vote leading to passage — which tripled the amount of aid over what the House Appropriations Committee had approved — received a bare majority of 228 votes — only 38 of them from Republicans. Final passage was by a vote of 241-180, but the vote among Repubs was 179 no, 49 aye.

Then last week, Boehner allowed a final vote on the renewal of the Violence Against Women Act (VAWA), even though a majority of his caucus opposed the version that had passed the Senate. It passed, but the vote among Repubs was 138 no, 87 aye.

Is the rule dead?

Some writers have declared that three violations of the Hastert Rule in two months means that the rule is over. But that’s clearly an overstatement. If Boehner decided to regularly allow a coalition of 30 or 40 of the least conservative House Republicans to regularly pass bills that the majority of House Republicans oppose, then, as the Hastert quote above suggests, there isn’t much point in being the majority party. Boehner will make case-by-case decisions on when to block votes on a Hastert Rule basis and when to waive the rule.

Pearson said that when the recent series of Hastert Rule violations started, she assumed Boehner was prepared to waive the rule on the kind of “must-pass” bills that would otherwise create a huge institutional crisis, like a default or a government shutdown.

But the VAWA waiver suggests Boehner may be trying to also identify certain situations in which a Republican refusal to approve a measure that has wide support with the public and with the other branches would do significant reputational damage to the Republican brand. As she reads the pattern so far, Pearson said, she would not predict that Boehner is going to be violating the rule on a regular basis.

That makes sense. And, as I suggested above, it takes Boehner’s overall pretty miserable predicament and converts it into a great deal of discretion for Boehner to decide not which Democratic ideas he wants to make law, but which he will allow to become law.

Of course, this also suggests an obvious strategy for the Democrats who, polls suggest, have the more popular position on a great many issues. It would make perfect sense for President Obama and his allies to put Boehner as often as possible in a position where he has to choose between breaking the Hastert Rule or blocking a vote on popular ideas.