The program, begun under President George W. Bush and expanded under President Obama, has enabled  the U.S. government to kill more 1,000 men, none of whom have been, of course, formally convicted of any crime, on foreign soil, and some of whom were not targeted for assassination but were in the wrong company at the wrong time. Many of the killings over recent years have occurred in Pakistan and Yemen, countries with which we are not at war. The program does not require advance notice to the countries in which they occur.

Shane was in Minneapolis Tuesday to give a talk at the U of M’s Humphrey School and sit on a panel with former Vice President Walter Mondale and political scientist Larry Jacobs. Shane said he was especially happy to appear with Mondale because of Mondale’s work on the Church Committee in the 1970s, which grappled with some earlier similar issues of how a superpower balances the pursuit of its geopolitical interests with  – at least in the U.S. case – its claim to be a nation devoted to human rights and the rule of law. (The Church Committee, for example, exposed various CIA programs to assassinate foreign leaders and led to at least the adoption of a policy that the United States would no longer engage in such assassination plots.)

Shane gave an extremely balanced non-judgmental discussion of “targeted killing,” and also of why Obama, a law professor, a liberal and a man who pledged to run the most open administration in history, has embraced and expanded the program. Shane said the Obama administration claims to have legal justification for the program, but the legal documents containing that justification mostly remain classified.

One of the things that often grabs me about U.S. geopolitical conduct is the question of how we would feel if other nations arrogated to themselves powers similar to those we self-arrogate (if “self-arrogate” can  possibly be an actual word). Shane apparently likes to think down similar avenues, and he did such a good job of it right at the beginning of his talk Tuesday that I don’t think I can do any better than to transcribe the passage. Said Shane:

Imagine for a moment that Vladimir Putin had dispatched a team of super-snipers, highly trained snipers to go out and find people in adjacent countries who he thought were plotting terrorism against Russia — perhaps with good reason in some cases. And let’s say that Putin said that this was justified because he was at war with these people. He wasn’t at war with the countries, but he was at war with these people. And so therefore it’s fair to bump these guys off. And let’s say these teams sneak around and start finding these people who are at least theoretically are their enemies

They start bumping them off in the dozens; eventually it accumulates to the hundreds and then the thousands. Sometimes the snipers mess up and turn out to have targeted the wrong people. Sometimes they target the right people but they had bad intelligence [and it turns out] that those people aren’t actually their enemy.

And let’s say that ultimately Putin orders the killing of some of his own citizens, Russian citizens, whom he decides, based on secret intelligence, are also the enemy. [This was a reference to the case of Anwar al-Awlaki, a U.S. citizen who was successfully targeted for killing by a drone attack, which was part of the takeoff point of Sen. Rand Paul’s recent filibuster on the Senate floor during which he demanded to know whether the administration recognized any limitations on its right to kill anyone, anywhere, for undisclosed reasons.] 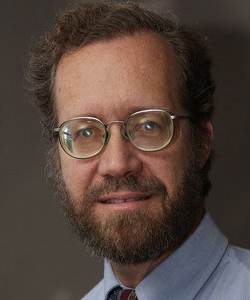 And let’s say that when challenged about it, [Putin] says that the legal opinions on which he’s basing the killing of these citizens is also too sensitive to be made public. What would we say about that?

[And, I note, Shane didn’t even include the hypothetical question of how we would feel if Putin, or anyone else, claimed to the right to commit targeted killings on the territory of one of our allies, or even on U.S. territory. But watch out, we are now coming to the turn in the road, in which Shane tries to present drone strikes from President Obama’s point of view…]

I don’t say this to condemn the drone strikes. I say that to underscore their radical nature and to shift your perspective to see that in a new light.

Let me say on the other side of the equation: What is it that has attracted Obama to the drone as a weapon to such a degree? He came in essentially campaigning against the Iraq War. His famous statement against the Iraq war is one of the reasons he’s president today

He inherited these two messy long wars. They had, I think it’s probably fair to say most Americans would say, unsatisfactory outcomes — a hundred-thousand U.S. troops for 10 years more or less; several thousand U.S. soldiers killed; probably hundreds of thousands of civilians killed in Iraq and Afghanistan, and a kind of uncertain outcome in terms of what the government is going to be down the road, and what the terrorist threat is, and what the effect on the terrorist threat is.

So [Obama] says: “That’s not the way to react to 9/11. I don’t want to do that. How can I attack Al Qaida? How can I attack the people who attacked us on 9/11 and not make this a global war on terrorism, not have so many American lives at risk?”

And the drones are a very attractive option. And in their favor is the fact that with the video capabilities they have now [drones that] can loiter for hours or days over a compound, over a village, look at people come and go. Combine that with intercepted cell-phone calls, watching cars come and go. We have some agents on the ground in these places. In principle, they can do a very good job of deciding who’s a threat and who’s not.

But the problem I think they’ve run into is almost how easy it is to do this. So when Obama has spoken — when he’s spoken about this sort of strangely semi-secret program that on the one hand is classified and on the other hand he sometimes talks about — he’s talked about it as trying to eliminate people who pose a threat to the U.S. homeland.

But increasingly the people they kill have been lower-level militants in Pakistan and Yemen who don’t really pose a threat to the U.S. homeland. And that I think has something to do with mission creep and the fact that there is not a lot of risk to U.S. personnel. So, therefore, if the president of Yemen says, “There’s some bad guys over here, can you help us out?” we sometimes oblige him.

The strange thing about the way we have embraced this technology that really is in the process of revolutionizing counter-terrorism and even warfare is that’s we’ve embraced it without a public debate. It was classified. It was secret. Congress may have talked about it closed committee meetings, but they never talked about it in public.

That has only recently begun to change. And it’s hard to say why, because nothing has changed about the classified nature of the program. But I think there was a lot of pent-up frustration in Congress and the American public about the drone, and a feeling that it was necessary to sort of get a handle on this technology, and what it meant for American life, American values. It’s coming here. [This I took to be a reference to the fact that pilotless drones are increasingly used in the United States, although not so far for targeted killings] What’s it going to mean for life in the United State when drones proliferate here.

Well, Shane said a bunch of other things, but as far as putting a slew of facts and ideas worth knowing and thinking about, I don’t think I can improve on that at the moment.