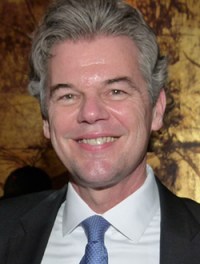 Normally, in U.S. congressional politics, when a long-time incumbent retires, it elevates the opportunity for the other party to capture the seat. In the case of Michele Bachmann’s sudden departure, announced Wednesday, the conventional wisdom holds that the opposite is the case.

Democrat Jim Graves came within 1.2 percentage points of upsetting Bachmann in 2012 and had already announced he would try again in 2014. Graves still plans to run against whichever of the dozen or more Republicans currently contemplating the race ends up as the nominee.

Purely on the basis of the partisan lean of the Minnesota 6th District, the current assumption is that Graves had a better chance against Bachmann than someone else. Charlie Cook, who analyzes every congressional district based on multiple factors, rates the district “R +10,” which means a generic Republican should start out with roughly a 10-percentage-point lead over a generic Democrat. That makes the 6th the most Republican-leaning district in Minnesota. The 2011 redistricting map increased the Republican lean of the 6th. In 2012, Mitt Romney carried the 6th District with 56 percent of the vote, his best district in Minnesota.

Of course, Graves is not a generic Democrat. He is an ideological moderate, with a business background, personal wealth, a likeable if low-key personality, and the advantages in name recognition and political experience of having just run a close race for the seat. But, as of Wednesday, he lost one of his biggest political assets, namely that he was the vehicle around which Democrats and moderate Republicans could express their distaste for Bachmann.

In April, when I wrote that Bachmann was increasingly likely to retire from Congress, I relied significantly on the growing understanding in Republican circles that she had become a liability to her party, requiring ever-increasing levels of money and drama to hold a seat that should be safe for a generic Republican.

Of course, we won’t know for a long time who will be the Republican nominee to replace Bachmann nor what level of intra-party bloodletting might weaken that nominee on the way to a race against Graves. But, just based on the lean of the district, he faces an uphill battle.

I asked Nathan Gonzales of the Rothenberg Political Report how many Democrats currently represent districts with a stronger Republican lean than the Minnesota 6th.

Using the size of the Romney vote in 2012 as the indicator of generic Republican strength, Gonzales found that of the 201 House Democrats, just three represents districts that were better for Romney than the Minnesota Sixth.

Source: Nathan Gonzales of the Rothenberg Political Report
All five of the Democrats on the list, by the way, are members of the fiscally conservative Blue Dog Coalition.

Could a Democrat ever win in Bachmann’s GOP-leaning district?