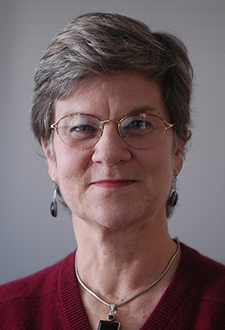 There’s a fairy-tale model of how a democracy is supposed to work. It fundamentally requires an informed electorate expressing its wishes through political participation, and well-intentioned legislators converting those wishes into laws guided by their best understanding of policy choices. As you may have come to suspect, it doesn’t always work out that way, and there are many ways for the model to go awry.

Communications scholar Kathleen Hall Jamieson of the Annenberg Public Policy Center has been for years a front-line observer and activist in at least those portions of the model that have to do with how the public gets its information. She is one of the pioneers of the burgeoning “fact check” movement in journalism, as the founder of Factcheck.org, and has often tracked through survey data the impact of political advertising on public attitudes.

I’ve covered Jamieson roughly one million times over the decades and have always been struck by her energizing optimism, in the face of plenty of evidence to the contrary, that there is way to get closer to that fairy-tale model. But at the end of Thursday’s talk at the University of Minnesota’s Center for the Study of Politics and Governance (titled “The Attack on Fact: American Politics and the Loss of Accountability”), Jamieson admitted that “this has been one depressing lecture.”

The combination of big money unleashed by the U.S. Supreme Court’s Citizens United ruling and the ever-involving techniques by which moneyed special interests influence public debate and legislative action seem to have induced even Jamieson to worry about what she calls “the policy model.” In her talk, she started by going back to basics about how the model is supposed to work when it is working properly.

The policy model requires that certain groups of experts maintain a high level of public trust. This includes academics but also special institutions that have been set up to be what Jamieson called “custodians of the knowable,” organizations like the Congressional Budget Office and the Bureau of Labor Statistics, both of which have been sheltered to the degree possible from partisan and ideological bias so that the public can trust at least someone to provide neutral data from which public policy debates can proceed.

She also believes that the model requires journalism to play a role that she termed “custodians of the record.” The public has to maintain some level of trust that journalism will give them access to a certain amount of neutral information, much of which journalists derive from talking to the “custodians of the knowable” and reading the reports of such academics and agencies.

But, without romanticizing how great things were in the past or how bad they have become, Jamieson sounded more worried than usual about the policy model:

Viable policy options are foreclosed and good policy is sabotaged when misinformation or calculated deception shapes policy debates… In the post-Citizens United era, legislators fear being targeted by those who can spend big money.

I note that Jamieson seemed focused less on the impact of deceptive advertising on election outcomes than she was on policy outcomes. For one example, she reached back to the famous “Willie Horton” advertisements that were used by the allies of the first President Bush in his 1988 campaign against Democratic presidential nominee Michael Dukakis, the governor of Massachusetts who was blamed for allowing Horton, a convicted murderer, to get out of prison on a furlough during which he committed armed robbery and rape. The ads (and frequent use of the Horton tale by candidate Bush and his surrogates) are often assigned considerable influence in Bush’s victory. But for purposes of Thursday’s discussion Jamieson said:

I’m not concerned with what that did to the campaign of Michael Dukakis. I’m concerned about what it did to our discussion of furloughs in the prison system. The academic evidence, the consensus around the study of furloughs, is that they are good. They have problems, people can escape, we could keep better track of them. All of that is true. But the furlough process is in place because it reduces recidivism. And that is socially desirable. We should not have a campaign ad suggesting that it is not desirable in a way that affects the prison furlough policy.

And yet in the aftermath of those ads and that campaign, several states and the federal government canceled or changed their prison furlough policies, without any new social science suggesting that the policies did more harm than good, presumably because the politicians in charge had seen what might happen to them if a furlough prisoner committed a crime and an opponent decided to make an issue of it in a 30-second ad that would not be burdened by the need to discuss both the good and the bad that prison furlough programs can cause.

In the decades since then, Jamieson said, both the custodians of the knowable and the custodians of the truth have been subjected to an attack on their reputation for non-partisanship. “Everything becomes infected with a partisan perspective,” she said. “The accusation will be made that whoever is giving a message contrary to the one you want to hear is expressing a partisan view.”

During the Republican primaries, she said, Newt Gingrich, when confronted with CBO data that expressed skepticism about whether Republican fiscal policies would pay for themselves, replied that the CBO “is a reactionary socialist institution.”

During the fall campaign, when the Bureau of Labor Statistics (the official measurer of unemployment statistics) reported a drop in unemployment, former GE CEO Jack Welch, an active Mitt Romney backer, accused the BLS of fudging the number to help President Obama. “These Chicago guys will do anything,”
Welch tweeted, in a reference to the Obama reelection campaign headquarters.

Jamieson believes (and so do I) that, as difficult as it is to avoid accusations of partisanship, certain institutions, including the CBO and the BLS, have so often reported data that was unhelpful to their political superiors that their reports deserve an extra modicum of credibility. But in today’s climate that credibility is threatened.

Her most recent example was the failure of the “background check” bill on gun sales, even though polls showed that an overwhelming, almost unbelievable 90 percent of the public favors background checks. A small amount of advertising by pro-gun groups, she suggested, was enough to intimidate certain senators about the kind of ads they might face if they went along with a measure opposed by the NRA.

Here is Jamieson’s closing statement of what worries her:

There’s a sustained ongoing set of challenges for those who believe in the policy model in which one set of institutions is responsible for coming to know as best we can, and protecting the record, and  some other set of institutions is engaged in policy making. To the extent that we don’t find some way to blunt these forces that are subverting these institutions we are going to have high levels of deception backed by large sums of money wreaking havoc with the way in which we make policy.