Can America have another great president?

“Can America have another great president?” is a forthcoming book by long-time U.S. State Department official Aaron David Miller and was the topic of a talk he gave Sunday night at the annual banquet of Jewish Community Relations Council of Minnesota and the Dakotas.

Miller’s thinking about presidential greatness was either extremely subtle, possibly incoherent and full of curves. The title suggests that something has gone wrong with our political culture that renders us unable to have such great presidents as we had in the good old days, but he quickly flipped that on its head. The “greatness” unarguably great presidents (his list begins and ends with Washington, Lincoln and FDR) was produced by “great calamity” and “nation-encumbering crises.” Therefore, Miller suggested, we can’t wish for presidential greatness without wishing for calamity and crisis.

“The greatness conceit is destructive,” he said. Perhaps you begin to see what I mean about Miller’s subtlety/incoherence.

President Obama is surely a “historic” president, if only by virtue of his race, but whether he will turn out to be a “transformative” president remains to be seen, Miller said.

The 24/7 modern media microscope reinforces the “anti-greatness problem,” Miller said, by stripping presidents of their mystique. FDR’s image would have been severely wounded if Americans had seen images of him being carried around like a baby, but the news media, which often witnessed these moments, never showed film of them nor mentioned them in their reporting. Miller told a heart-breaking story, which I hadn’t heard before, of Roosevelt falling on the floor as he tried to move to the podium to accept the 1936 Democratic nomination. The reporters who covered the event and witnessed the fall never mentioned it in their coverage. 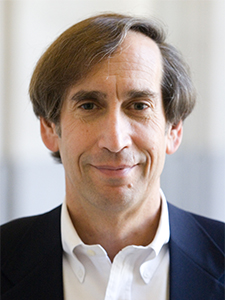 Miller, by the way, was a long-time Department of State official who served under six secretaries of state in the Reagan, Bush, Clinton and second Bush administrations. He was closely involved in U.S. efforts to promote Arab-Israeli peace. In passing, he called the Mideast “a broken, angry, dysfunctional region,” but that Israelis and Palestinians can have peace “if they are willing to pay for it.”

Sen. Al Franken also spoke at the event. Recently returned from a trip to Israel, he said that Israeli Prime Minister Benjamin Netanyahu and recently resigned Palestinian Authority Prime Minister Salam Fayyad both think “the peace process is dead.” Franken expressed enthusiasm for Fayyad as a potential peace partner for Israel and hope that Fayyad will return to the scene as the Palestinian top leader.

Franken, who is up for reelection in 2014, noted the strange fact that he is the fourth consecutive Jew to hold his U.S. Senate seat (the list goes Rudy Boschwitz, Paul Wellstone, Norm Coleman and now Franken) and joked that during his campaign he is going to make the argument that “Minnesota isn’t ready for a gentile in the U.S. Senate.”

Can America have another great president?