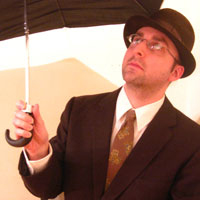 A few months ago, I annoyed several Democrats (judging by the comment thread) by arguing that the success of Republicans in gerrymandering the map of congressional districts after the 2010 census was not “entirely or primarily” the explanation for Republicans success in 2012 maintaining control of the House (and by a significant margin), despite the fact that nationwide Democrats got more votes in all House races combined.

I’m still defending the “entirely” part. But some smart recent work by Eric Ostermeier over at Smart Politics has me reconsidering on the “primarily” part.

Ostermeier has so far focused on three states, all of which had House districts redrawn in 2011 by an all-Republican lineup, all three of which were carried by Obama in 2012.

Despite the fact that a significant majority of Obama-supporters — presumably mostly Democrats or Dem-leaners — turned out last year in those three states, Republicans managed to send large majorities of their nominees to the House.

Here are the three states followed by the portion of the presidential vote Obama won in 2012, followed by the Republican-Democratic breakdown of each state’s House delegation chosen in the same election.

Totaling the three, that’s 34 Republican House members to 14 Democrats coming out of three states that Obama carried. It’s impressive, so impressive that it’s hard not to conclude that the Republican map magicians in a few key states contributed significantly to the House majority.

But it’s too soon to leap all the way to “entirely or primarily,” for several reasons.

There are the offsets. Democrats captured full control of the redistricting in Illinois and managed to turn a House delegation with an 11-8 Republican majority in a 12-6 Dem advantage. Of course, Obama carried Illinois, but not by a 2-1 margin (which is the margin of Dem control of the Illinois House delegation). And Dem presidential nominees had carried Illinois in the past six elections.

Reason No. 2 to be careful about over-attributing the results to the decennial redrawing of the map would be to compare the first result of House races under the new map to the last results under the old map. On that basis, the Dem map-makers in Illinois produced a stunning result. By contrast to Illinois, in the three Ostermeier has featured so far, the Republicans made net pickups of no more than one seat in each state over the composition of the House delegation from the previous election, conducted under the previous, 10-year-old district map.

Considering the overwhelming tendency of House incumbents to be reelected in every cycle, it doesn’t seem reasonable to rely over-much on mapmaking to explain why most of the incumbents held their seats (although it is certainly possible for an incumbent to get into reelection trouble because of a change in the district boundaries, even including those cases in which a new map puts two incumbents into the same district).

The next problem is an assumption that voters vote a straight party ticket. Many do, but many don’t. If the results of the presidential election was such a great predictor of races for Congress, how would we explain the (fairly astonishing) success of Democratic Senate candidates in states like Montana and the Dakotas? All three states were bright red in all recent presidential elections. As those races make clear, plenty of voters split their votes between a presidential nominee of one party and the Senate candidate of the other.

Of course, a Senate race is not shaped by a redrawing of district maps every 10 years according to the preferences of whichever party has control of the state, and that insight falls further apart when you consider that many states (including Minnesota) often have divided partisan control of the state government, which requires the parties to either compromise on a map or turn the job over to the less-partisan courts.

Forgive me if I have thunk myself into a knot here. I just got off the phone with Ostermeier and I know he plans to work up some other states for subsequent analysis. There is not one definitive way to measure gerrymanderly impact. Our system, as evolved, provides whichever party gets control of the decennial mapmaking in a state an opportunity to maximize the number of House seats its own party will win.

If you are a Democrat and you felt a surge of pleasure at what the Illinois Dems were able to do with the last mapmaking exercise, it could undermine your outrage at what the Repub mapmakers were able to do in Ohio, Pennsylvania and Michigan. Over the course of 10 years, demographics will take over and the perfect partisan advantages of a particular map will erode. After 2020, everything will be up for grabs. And by the way, while 2010 was a great year for Republicans, and Republicans often do better in midterm elections, 2020 will be a presidential election year, when turnout is always higher and Dems tend to do better, unless something happens between now and then to change that old polysci rule of thumb.

None of this was foreseen by the Framers, who hoped for and imagined politics without national parties and who, by the way, did not require states to divide themselves into congressional districts. In the early history, there were at-large seats, multi-member districts, all kinds of stuff.