Among the worst blows to the Mitt Romney 2012 presidential campaign was the release of the infamous “47 percent” video, secretly recorded at a fatcat fundraiser, in which Romney disparaged 47 percent of the electorate as freeloaders who would vote for President Obama no matter what because there is no way to persuade those voters to take responsibility for their own lives.

Rather astonishingly, Romney is still trying to defend the remark, and to spin what he said by changing it after the fact.

Given the totality of his life story, it’s hard to exactly feel sorry for Romney. But there is something pitiful, telling and human about this spirit of denial. Romney came fairly close to being elected president. He put everything he had into the exhausting, frustrating, often ridiculous process. He lost. The 47 percent remark was perhaps among the top 10 reasons.

Think how much healthier it would be, for him and even a little bit for our debased political culture, if he would own up to the remark, admit that it was a terrible blunder, apologize for it, and only then try to clarify what he was trying to say and what he meant.

To review: At a closed door, presumably off-the-record, $50,000-a-plate fundraiser in Florida in May, Romney was asked from the audience how he could convince Americans, who have been told by Obama that the government will take care of them, that they need to take care of themselves. It was Romney who described this group as 47 percent of the electorate (apparently based on the portion of Americans who pay no federal income tax, and that statistic is roughly accurate) and as people:

He also said: “My job is not to worry about those people” because the 47 percent are going to vote for Obama no matter what Romney does. 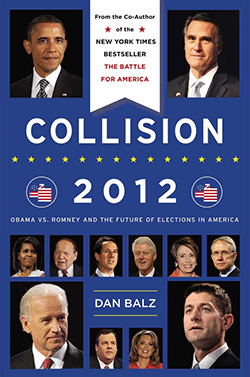 The speech was secretly taped by a bartender working the event, leaked to Mother Jones magazine, and published on Sept. 17, 2012, doing great damage to Romney’s chances. Full transcript, with video, are here.

Now comes Dan Balz of the Washington Post, in a new book about the campaign, who got the first post-election interview with Romney about what went wrong. After Romney acknowledged to Balz that he had had a “terrible September,” Balz pressed him to talk about the “47 percent” remark.

Romney insisted that all he meant was that each party has its base, and the 47 percent represents the group of voters who make up Obama’s base. His job was not to worry about those people because nothing he could say would win their votes and his job was to seek support from those relatively few persuadable voters in the middle. He summarized his statement to Balz thus:

That would be somewhat reasonable, if it was what Romney had said. And Romney seems to have convinced himself that that was what he said.

When Balz pushed back, saying, “But when you said there are 47 percent who won’t take personal responsibility — ” Romney interrupted him. “Actually, I didn’t say that. . . That’s how it began to be perceived, and so I had to ultimately respond to the perception, because perception is reality.”

In fact, Balz’s summary is almost an exact quote from Romney’s remarks. Romney brought notes on an iPad to the interview, and scanning those notes he claimed that what he had said was:

Balz isn’t Romney’s therapist. I don’t know how many times he may have pushed back at Romney to acknowledge that the full, accurate quote includes all those negative descriptions of the 47 percent as freeloaders. Apparently it wouldn’t matter. Romney’s position is that he didn’t say them.

A couple of factual points. It’s true that almost 47 percent of the population (although not necessarily of the electorate) pay no federal income taxes. It’s also true that at some point in a race, each party has locked up 40-some percent of the vote. But these groups are not the same groups. For example, a very big chunk of the 47 percent who pay no income taxes are retirees. Republicans do quite well among older voters. Romney’s effort to convince Balz (and perhaps himself) that the two 47 percents (the group that are committed Democrats and the group that pay no income taxes) are interchangeable is just built on sand.

Romney will never run for office again, but apparently he can’t stop spinning, spinning even himself. I sometimes fear that we are so used to being spun that we don’t mind it any more, that we give no points for candor.

I don’t hate Mitt Romney. On this score, I feel a little sorry for him. How much healthier would it have been, for him and for us, if he had told Balz something like this:

That 47 percent remark was a complete disaster for me, but I deserved the damage it cost me. I’m there in a supposedly off-the-record event with a group of wealthy Republicans and I describe ordinary poor people as if they are freeloaders. Of course that makes me look like someone who has no sympathy for the struggles of ordinary people. Of course I wish I hadn’t said it. It doesn’t reflect my real feelings, but I can’t really expect everyone to believe that now. You get caught up in a campaign, it’s often tempting to tell each group what you think they want to hear. In this case, I was responding to a question that practically told me what the guy wanted to hear. And I blew it. And I take responsibility for it. And I’m sorry.