Edward Snowden is still living in Russia. The day-to-day, where-will-he-seek-refuge stories have blown over and the stories based on data he has revealed to chosen journalists have slowed down. The how-best-to-strike-the-balance-between-privacy-and-national-security questions raised by the Snowden moment will never be finally settled, but those questions are still out there, and always will be.

Last night, the University of St. Thomas Law School gave those issues a smart airing with a debate among four heavyweight national experts — two of whom tend to err on the security side, two on the privacy side — debating them. Predictably, they didn’t settle anything, so I’ll just pass along a few points:

On the privacy-leaning side, Marc Rotenberg of the Electronic Privacy Information Center, said that the ultimate argument of those on the security side is to ask: What if some eavesdropping program might pick up information that would help prevent the next big terrorist attack? The problem with that question, he said, is that it suggests no bounds, no stopping point. As technology expands to make it possible for a secret government program to acquire ever more data (or even, as defenders of the NSA programs would say, “metadata”) about where you are, and with whom you are communicating, all that data will flow to the government because it’s theoretically possible that something in that haystack of data might prevent the next 9/11 attack.

On the security-leaning side, Steven Bradbury, former high-ranking Bush administration Justice Department lawyer, said it’s all about balance and getting the most security with the least violation of privacy. The programs that Snowden exposed were carefully balanced. The key is that although the government might have acquired the metadata of your phone calls, the agencies were not permitted to even look at the data unless a U.S. individual had contact with a phone number associated with a known terrorist organization, or unless the special Foreign Intelligence Surveillance Act (FISA) court had approved using the data for legally prescribed reasons. The changes that civil libertarians are advocating post-Snowden would throw off that careful balance and undermine the effectiveness of the programs.

Bruce Schneier, a Minnesota-based but internationally known expert on security technology, said that in his experience — the National Security Association always believes that more data is better. NSA types measure success not on how much national security is enhanced, but on how much data they can collect. As far as he can tell, they never actually considered whether there are ways to spend the same amount of money and effort to enhance national security with less intrusion into the privacy of citizens. 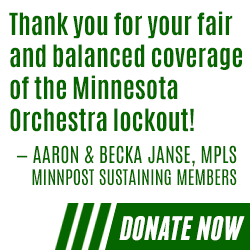 Former federal prosecutor Andrew McCarthy of New York said that the U.S. Constitution (especially the Fourth Amendment) sets a general framework of privacy rights, but leaves it to the political process to adjust the rules to deal with the threat environment that exists at a given time. 9/11 changed the threat environment and FISA was adjusted by Congress to reflect that environment.

No hands were raised.