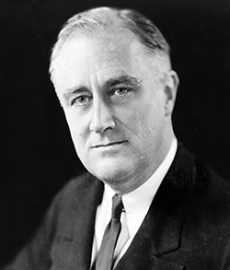 Library of CongressFranklin Delano Roosevelt in 1933

If you know any U.S. political trivia at all, you likely know that only one president served more than two terms (before that practice was banned by the 22nd Amendment). It was Franklin D. Roosevelt, elected to a third term in 1940 and then a fourth in 1944 (although he died very early that term, which is how we got Harry S Truman).

I knew that it was controversial, and that supporters of 1940 Republican nominee Wendell Willkie printed up buttons that said “No Third Termer,” (to which wise-guy Democrats responded with a very crowded button that said “Better a Third Termer than a Third Rater.”)

In his recently published book, “Roosevelt’s Second Act,” long-time Washington insider Dick Moe argues that FDR’s decision to seek a third term was not preordained, but also that the third Roosevelt term changed history in colossal ways. Moe focuses at full book-length on the period of 1939-40, the bridge between the New Deal and the World War II eras, when FDR was mulling the unprecedented third candidacy.

Moe seems to believe (I’m not completely sure I buy it) that FDR would have preferred to retire, if he could be sure he would be succeeded by a Democrat who could win, who would be committed to preserving the New Deal and who would steer U.S. foreign policy away from the isolationism that had characterized it for much of its history to an active role in saving Britain and making sure that Hitler wouldn’t take over Europe.

In the end, FDR couldn’t recruit a satisfactory successor (or perhaps didn’t really want to) and ended up birthing the modern American military superpower and leaving the larger federal government with its New Deal safety net intact. 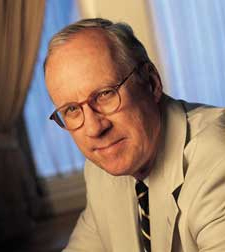 Back when I did my scribbling within the norms of daily newspaper journalism, piece like this had to have both a “news peg” and a “Minnesota angle.” Believe it or not, this piece has both. To wit:

Dick Moe is a Duluth native and U of M Law School grad who spent much of his adult life working for Walter Mondale during the Senate and vice presidential years, and then as an aide to President Jimmy Carter (whom I guess we could call Mondale’s running mate). In his later career, Moe presided over the National Trust for Historic Preservation and has written some history books of his own, of which “Roosevelt’s Second Act” is the latest. Moe had been scheduled for a trip to his native state to lecture about the book at a dinner honoring the late distinguished historian Paul Nagel (who, full disclosure, was a source and friend of mine). The dinner was to have been last week (news peg) and I was to have interviewed Moe in advance, but he fell ill and all of that has been postponed. (Oops, there went the news peg. Also, I understand that Moe is recovering.)

Notwithstanding that run-on paragraph, there were so many things in the book that took me by surprise, I beg leave to mention a few of them. They are mostly in the category of how much things have changed in our political practices since 1940. For example:

Well, as you already knew, Roosevelt beat Willkie, and by an Electoral College landslide at that. Willkie returned to his internationalist roots and publicly supported Roosevelt’s foreign and war policy and, of course, while Roosevelt was able to “lend-lease” enormous amounts of military aid to the Brits to keep them afloat, the United States eventually got into the war without requiring FDR to break his pledge because of the Japanese attack on Pearl Harbor.