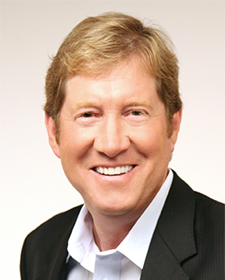 Minnesota-based righty radio talker Jason Lewis, who also writes op-eds for the Strib, used that latter platform on Sunday to argue that the recent change in the U.S. Senate filibuster rule violates the Framers’ intentions, even as he acknowledged that the Framers expressed no such intentions.

Lewis is smart, glib and extremely successful. He likes the history of the founding and refers to it often but always in the authorized righty way wherein the Framers’ chief intention was to evince their disapproval of 21st-century liberalism. OK, thanks to the First Amendment, he has a right to do that. But his Strib piece of Sunday, headlined: “Filibuster’s Demise Harms Democracy,” threw history and logic into, well, the dustbin of history and logic.

So, just to be clear, the Framers did not put the filibuster into Constitution. In fact, it is not mentioned in the Constitution, which Lewis apparently knows. But via a transparent sleight of illogic, he staples the filibuster to their unexpressed intentions. Here’s the Lewis passage:

The Constitution, while not mentioning the filibuster itself, contains five explicit provisions for Senate supermajorities. Indeed, the Senate owes its very existence to the notion that government action required much more than a slim majority vote — it requires a consensus. That’s why there are two senators allotted per each state, regardless of population. And why, up until 1913, senators were chosen through state legislatures and not by direct vote.

Let’s briefly deconstruct that. The authors of the Constitution considered whether certain types of congressional actions should require more than a majority vote, and they answered yes, and they specified them. It takes, for example, a two-thirds vote of the Senate to ratify a treaty. It takes a two-thirds vote of the Senate to convict a president of an impeachable offense. It takes two-thirds of both houses to refer a proposed constitutional amendment to the states for ratification, and then it takes three-fourths of the states to ratify.

The Framers also required that many presidential nominations — cabinet members and federal judges — be subjected to the “advice and consent” of the Senate. But that was not one of the matters for which the Framers required a supermajority. They might have. They could have. They didn’t. Apparently, their obvious intention to do that slipped their minds.

A few decades later, senators figured out that a minority could block ordinary legislation from a final vote by talking and refusing the yield the floor. The first real filibuster occurred in 1837 . Nothing to do with the Framers, all of whom were dead. Just a glitch in the Senate rules. (The Constitution leaves it up to each House of Congress to set its own rules, and does not require a supermajority to make or change a rule.)

For about the next 100 years, a single senator could prevent a vote by filibustering. Does one gather that Lewis thinks this was a good thing? Was this the Framers’ intent?

For most of the 20th century, the true golden age of the filibuster, the main accomplishment of the filibuster rule was to enable southern senators to block all civil rights bills. Defenders of the filibuster should ask themselves this question: Not counting the fictional one in “Mr. Smith Goes to Washington,” what were the terrible laws and appointments that would have happened in America if they had not been blocked by a brave and highly principled filibuster? So far, we’ve got a law allowing the president to arm ships in time of war, and we’ve got decades of blocked efforts to grant any measure of equal rights to southern blacks.

I am actually not aware of an example that makes the filibuster look good in retrospect, but maybe there is one. Mr. Lewis, do you have one?

The last big historical development was in 1975, featuring our own Walter Mondale during his Senate days, when the number of votes needed to cut off debate on most matters was lowered to three-fifths, or 60 votes.

Back to Jason Lewis, who wrote of the recent change in the filibuster rule by the current Democratic majority:

It was this out-of-control Senate leadership that actually voted to end the 60-vote supermajority requirement so much a part of the founders’ wisdom.

The 60-vote supermajority was a gift from the Framers except for the small historical problem that it dates from 1975. Does Lewis know any of this history? I suspect he does but it is too inconvenient to mention.

I will gas on no further (at the moment). If any reader, including Mr. Lewis cares about filibuster history, here’s a great summary by Sarah Binder, one of the leading scholars on that history.