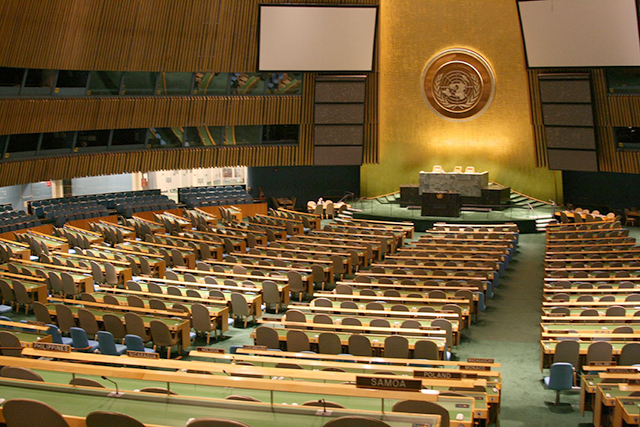 In 1945 — the same year that World War II ended with the atomic bomb destruction of Hiroshima and Nagasaki — the United Nations was created and its charter was adopted by the first member states.

The splitting of the atom has changed everything, save our mode of thinking, and thus we drift toward unparalleled catastrophe. Henceforth, every nation’s foreign policy must be judged at every point by one consideration: Does it lead us to a world of law and order or does it lead us back to anarchy and death?

University of Minnesota Emeritus Professor Joseph Schwartzberg,  a lifelong crusader for world federalism and a more effective United Nations, put the Einstein quote atop the preface of his new book, “Transforming the United Nations System.” Then Schwartzberg expounded, in his own wisdom-drenched words:

The correctness of Einstein’s admonitions ought to be self-evident; but that is clearly not the case. Rather, most of the influential inhabitants of our planet prefer to live in a state of denial. Were that not so, they would sense the need to bestir themselves and try to correct glaring shortcomings in our system of global governance.

And it is not only the threat of nuclear annihilation that is being denied. Comparable threats arise from other sources: global warming, loss of bio-diversity, depletion of vital resources such as petroleum and fresh water, and the explosive potential inherent in the obscene gap between the world’s haves and have-nots, to cite but a few.

The reasons for inaction are many. But, among them, the inadequacies in the design of the institutional machinery of the United Nations system and the total absence of certain institutions that are urgently needed are especially noteworthy.

The United Nations General Assembly is little more than a debating society, Schwartzberg notes. The U.N. Security Council has some real leverage, but lacks the respect and credibility it would need to be an effective force for world peace, and it is hamstrung by the provision, which dates from the original design, that specifies five permanent members and gives each those five the power to veto resolutions.

Over a lifetime of studying the U.N. and wishing it was more effective, Schwartzberg asserts that much of the problem is in the structure. The U.N. lacks credibility and efficacy because of the way power is distributed in the United Nations. 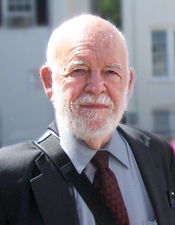 So, at the age of 85, Schwartzberg has outlined a set of changes in those power arrangements that, he writes, “if adopted, would help remedy, those deficiencies” in the U.N. structure that undermine the credibility and therefore the power of the world body.

Schwartzberg’s book has been endorsed by one former U.N. Secretary General (Boutros Boutros-Ghali) and one former U.S. ambassador to the U.N. (Thomas Pickering). He will speak about his book and his proposal Thursday at 7 p.m. at a meeting of GlobalSolutionsMN.org at St. Joan of Arc Catholic Church, 4537 Third Ave. S., Minneapolis.

He has a book tour scheduled for the East Coast starting later this month.

OK, enough throat-clearing by me. What are Schwartzberg’s ideas for U.N. structural reform? They mostly come down to who votes on what and how the votes are counted. Specifically:

The U.N. General Assembly has always operated on a one-nation, one-vote basis. He would change that so that each nation’s vote is weighted to reflect not only its independent nationhood but also size of its population and its economy.

The most populous U.N. member state (as I’m sure you know) is China with a population of 1.35 billion. The least populous member state (don’t be embarrassed if you don’t know, I certainly didn’t) is Nauru (it’s in Micronesia), population 9,300 (slightly smaller than Waseca, Minn).

The population ratio of China to Nauru is 150,000 to 1. (For a further comparison, the ratio of the most populous U.S. state (California) to the least (Wyoming) is 66 to 1. If it’s problematic to give equal weight in the U.S. Senate to both states (which is somewhat offset by the population weight in the House), what is it to allow equality of voting weight across a population disparity 2,000 times larger?

Schwartzberg’s formula is a step in the direction of globalizing the principle of one-person, one-vote. But his formula also takes into account the size of each nation’s economy. At first blush it may seem a tad crass to endorse any move toward one-dollar, one-vote. But Schwartzberg says you have to look at each nation as both a stakeholder and shareholder. Every nation, and in fact every person, has a stake in creating a viable U.N. able to oversee global approaches to global challenges.

But the economic cost of implementing those challenges falls disproportionately on the wealthier nations. Here, too, of course, the disparities between rich and poor are staggering. For illustrative purposes, the ratio of the gross national income of the United States (the biggest economy in the world) and that of Tuvalu is roughly 560,000 to 1, Schwartzberg’s book says.

Part of his overall thesis is that if the nations of the world are going to accept the leadership and authority of the U.N., they must feel that they are treated fairly in the division of influence over U.N. decisions. If the United States is going to pay the largest share of the costs and (as the world’s strongest military power) probably contribute a large share of the military power to back up U.N. decisions, then it’s reasonable and probably necessary for the United States to feel that its influence is somewhat commensurate with its contributions.

Perhaps it occurs you to note that as one of the five permanent veto-wielding members of the U.N. Security Council, the United States already has power that recognizes its size and wealth. But Schwartzberg’s reform plan does away with both permanent membership and veto power in the Security Council.

We’ll get to that in a second, but allow me to conclude the discussion of Schwartzberg’s plan to revise  voting power in the General Assembly with two related observations he made in our interview.

Observation One: Because a General Assembly in which votes are counted this way would be more legitimate and credible, the General Assembly would be empowered to pass real, binding legislation to address global problems that cannot be addressed any way other than globally, but are not addressed now because the General Assembly lacks the credibility. Imagine the implications of this for issues such as global climate change, which are going nowhere for lack of a global approach.

Observation Two was prompted by my asking this question: Why should small or poor nations, which now have an equal one-nation single vote in General Assembly matters, go along with a change that would reduce the power of their vote relative to larger rich, nations?

Schwartzberg’s answer: Because in exchange they would get a United Nations that works. Having an equal vote in a body that can’t accomplish much isn’t really such a great deal, especially if you — as a small nation — can’t do much about global issues that often may affect you as much or even more than anyone.

As part of Schwartzberg’s vision, the General Assembly would become the legislative branch of a meaningful world body, able to legislate on matters other than security which, since the U.N. was founded, have been reserved to the Security Council.

The ultimate power assigned to the United Nations when it was created in the aftermath of World War II was to unite the world against military aggressors and assemble a multinational military force to face down those aggressors.

In fact, this has seldom worked. One reason is the rule, embedded in the charter, which gives permanent Security Council membership to five nations (known as the Permanent Five or P-5). They are: the United States, Russia (formerly the Soviet Union), China, Britain and France. Ten other nations are elected to serve for staggered two-year terms, but they lack the veto power. This setup gives the P-5 enormous power compared to anyone else, including other very wealthy (Germany, Japan) and populous (India, the most populous non-P-5 nation, has almost 20 times more people than France or Britain) countries.

The P-5 lineup was set at the end of World War II and obviously reflected the biggest powers on the winning side. (The reason Germany and Japan were excluded is obvious.) But the world has changed in many ways. One major example, which rendered the P-5 unworkable for its originally intended purpose, was the onset of the Cold War, which continued for most of the history of the United Nations, and which pretty much guaranteed that the Communist and non-Communist members of the P-5 (especially the United States and the Soviet Union) were unlikely to agree on a multilateral military action and whichever one disagreed could prevent the action with their veto power.

There are lots of other absurd aspects of the P-5 veto system. But nothing short of a change in the U.N. charter can change it. In Schwartzberg’s vision, no nation would be guaranteed permanent membership, and no nation would possess a veto. A small number of nations (at present, he said, this provision would apply to the United States, China and India) would qualify for Security Council membership based on the same factors described above – size of population and size of economy. But since those factors are subject to change over time, those “automatic” memberships could change. The other members of the council would be elected by the General Assembly based on a complex system that would make it likely that each region of the world would be represented.

The Security Council, constituted this way, would be authorized to act militarily to maintain international peace and security without worrying that one member will veto the action. Schwartzberg said that, unlike the current system that allows member states to decide whether or not to contribute troops to a particular peacekeeping mission, the Security Council would have a U.N. military force it could deploy.

Of course I have no idea of the chances that any of Schwartzberg’s ideas could be adopted by the U.N. I assume it’s a longshot. I asked Schwartzberg if he believed that a reform plan like his was realistically doable.

He said it was not something that could happen with the next five to 10 years, but “the reason it’s doable is that it’s necessary.”

I’ll leave you with a last paragraph from the book itself:

“The aim is not to create an unrealistic utopia, but rather to establish a workable world, a world in which the force of law supplants the law of force, a world committed to justice and continuous, yet sustainable, development. Given the many existential threats now confronting our planet, the time frame for decisive action is short. The task before us is daunting and success is not guaranteed. But, in view of the urgency of our situation, we must and can find ways of mustering the will, imagination and other resources to do the job.”

This piece was revised slightly late Tuesday to correct error regarding how the Security Council is chosen.