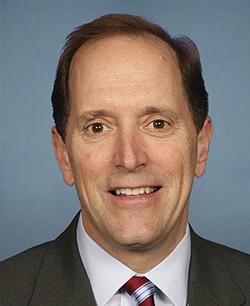 On Tuesday, I tipped my hat to House Ways and Means Chair Dave Camp (R-Mich.) for his courage and substance in putting out a proposal to comprehensively overhaul the income tax code despite warnings that it would NOT (horror of horrors) be politically advantageous for his party.

On Wednesday, he released a much more detailed overview of the plan. From what I can tell it is a smart, brave and perhaps an excellent proposal that will be declared dead on arrival because of some of the oxen it gores. But that won’t be Camp’s fault.

I’m not expert enough on tax matters to know what I’m talking about, but this plan would be simpler and possibly more progressive than what we have now. Camp would raise the standard deduction, which would add millions of middle-class American to the group that can file a basic 1040 and not have to itemize or pay a tax preparer for help. Camp estimates that if his bill becomes law, 95 percent of households can file their taxes without itemizing, and it won’t cost them anything. If the overhaul did nothing else, that would be a big step forward.

Liberals will be suspicious of the provisions that lower the basic rate on corporate earnings from 35 to 25 percent and a change in the Earned Income Tax Credit that may shrink its value. But, interestingly, on Day 1 it seemed to be getting a warmer reaction from Democrats than Republicans.

That’s because (among a million other things) the Camp plan would also reduce the kinds of income covered by the “carried interest” loophole that has enabled the poor, beleaguered private-equity managers to shield a bunch of their earnings from the income tax. It would impose a new “bank tax” on those big banks that benefit from taxpayer bailouts because they are “too big to fail.” It would cut from $1 million to $500,000 the size of a mortgage on which the interest is deductible. It would eliminate a loophole that entrepreneurs, consultants, lawyers, doctors and other professionals use to avoid paying Social Security and Medicare payroll taxes by taking their earnings as business income instead of wages. It would increase the value of the child tax credit for parents of ordinary means, but phase it out for very high earners.

It would end the deductibility of state and local taxes. Democrat Sen. Chuck Schumer of New York said that’s a deal-breaker for him, but not for me. It would reduce the number of brackets from seven to two (or three, depending on how you count the 10 percent surcharge on high earners).

The overall goal of Camp’s plan was to raise about the same amount of revenue, to be no more or less progressive than the existing tax code, but to greatly simplify it. Intellectually honest righties, who don’t want the government trying to influence so many decisions, should welcome the elimination of many credits and deductions, most of which can be viewed as government meddling with how they want to spend their income (rather than how the government thinks they should spend it).

It will take more time and study for people who understand these things to decide if there are stink bombs hidden in the proposal or whether it is really revenue neutral. Some lefties will complain that the goal of raising the same amount of revenue (instead of more) is a deal-breaker, but that doesn’t make any sense to me. In the current configuration (meaning with Republicans controlling the House) no bill that raises taxes is going to pass. But the simplifications in this plan may be worth doing for their own sake.

Senate Minority Leader Mitch McConnell has said there is no chance of something like this being enacted this year. House Speaker John Boehner called the plan “the beginning of [a] conversation” lawmakers need to have about tax reform. But when asked whether the Republican Party stood behind this plan sponsored by the man the party had chosen to head the Ways and Means Committee, Boehner said: “You’re getting a little bit ahead of yourself.” According to the Times story:

The chances are excellent that this will come to nothing. But this is a welcome change from the now-normal kind of proposal that is meant more as a political talking point for one party or the other.

For more details, here’s Bloomberg’s account, and CNN’s, and Fox’s.