Paul Thissen, speaker of the Minnesota House, said Wednesday that during the Legislative “unsession” that begins next week, the DFL will surely try again to tighten up campaign-finance disclosure requirements. He believes he will have the votes to do it.

Speaking at a forum on campaign finance law at the U of M’s Humphrey School, Thissen said that one reason Minnesota has been given a failing grade by groups that rate state campaign finance laws is that Minnesota’s disclosure requirements on the sources of political donations are weaker than those for federal elections.

Thissen spoke at an all-morning symposium on campaign finance issues put on by the Center for the Study of Politics and Governance (CSPG).

As an example of the kinds of problems caused by Minnesota’s weak disclosure provisions, Thissen mentioned three pieces of thinly disguised campaign literature that was mailed into the district of embattled state Rep. Doug Wardlow, an Eagan Republican.

The mailings had a value of more than $50,000, Thissen said, and were paid for by the Koch Brothers-led organization Americans for Prosperity. But the mailings didn’t explicitly advocate a vote for Wardlow. Instead, they encouraged residents of the district to “thank” Wardlow for various good things. Under the existing state campaign law, disclosure of the source of campaign support is required only if the communication explicitly says to vote the person being endorsed.

When a bill came before the House that would have closed that disclosure loophole, the anti-abortion group Minnesota Citizens Concerned for Life (MCCL) opposed it and alerted its friends in the Legislature that this vote would count as part of the MCCL’s scorecard of members’ voting records. That made pro-life Democrats nervous and led to the disclosure provision disappearing from the bill.

The DFL delegation to the Minnesota House contains several members who oppose abortion rights and who value a high MCCL score on their voting records. Thissen said House DFL leaders understand that they mustn’t ask those DFLers to vote against their conscience on abortion-related issues. But this isn’t an abortion issue, it’s a campaign finance issue, and he believes the bill will get through this year.

State Rep. Joyce Peppin of Rogers, who was in the audience at the forum but not on any of the panels, complained during intermission at the forum that Thissen’s presentation had been one-sided and highly partisan. Thissen brought up the Koch Brothers, who support Republican candidates, but didn’t mention billionaires like George Soros who support Democrats, nor the benefits that the DFL gets from the support of unions. He used Wardlow, a Republican, as the heavy in his anecdote, and blamed Republican Sen. Dave Senjem of Rochester for another alleged weakness in Minnesota campaign finance laws, even though the DFL controls both houses of the Legislature and the governor’s office and could pass any bills without Republican support, Peppin said.

During a brief q-and-a session after Thissen’s opening remarks, the speaker said that working on disclosure of donors “is not the tool that will change the world” and clean up campaign finance. But it’s “one of the few tools we have,” because the U.S. Supreme Court, in its Buckley v. Vallejo and Citizens United rulings has decided that money spent on campaigns are protected by the First Amendment freedom of expression, and that corporations have constitutional free speech rights similar to those of citizens. So a great many approaches to reducing the power of money over politics have been taken off the table.

The next panel was more balanced, consisting of two Democratic legislators, one Republican legislator, and a veteran lobby for business groups.

State Rep. Steve Simon (DFL-Hopkins and a candidate this year for secretary of state) said the kind of silliness that allows obvious campaign mailings to masquerade as something else makes him wish the rule could be based on the simple principle “Don’t BS us.”

State Rep. Tim Sanders (R-Blaine) expressed openness to some reforms but warned that “people with resources will always be looking for ways around whatever regulation or limitation” the reformers cook up.

The star of the show

The star of the show was Trevor Potter, whom “Colbert Report” watchers will recall from his several appearances in which he plays straight man and allows Colbert to make fun of campaign finance laws. Potter is a particularly funny straight man because the laws and regulations and practices he drily describes are so hilarious. 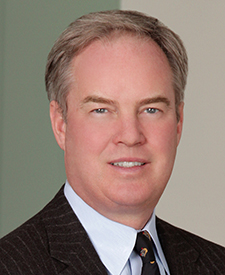 This is how researchers or regulators have to hunt for the real source of campaign dollars because the current practice is to pass them from one mysteriously named PAC to another to another so that by the time they arrive and are spent in a campaign it is almost impossible to figure out whose money it originally was. Potter said some of the original solicitations to the donors reasssure them that they need not worry about anyone tracing the money back to them.

He said the disclosure issues are not the fault of the Supreme Court decisions. The authors of the two big decisions, which created the “money is speech” and the “corporations are people” issues, were based on the strong feelings of the key justices, especially Anthony Kennedy and Antonin Scalia, that enough disclosure would be the ultimate guard against corruption. And not that long ago, Republican-elected officials said the same thing.

But it hasn’t worked out that way, and Potter, who is a Republican and former member of the Federal Election Commission, said he had to acknowledge that Republicans no longer advocate for disclosure.