Is compromise a dirty word, or a magic word? And how might your thoughts about that figure into whom you might want to represent you in the U.S. Senate?

I had interesting discussions of the potential benefits of compromise with two of the leading candidates for the Republican nomination in the in the Senate race, while a third continues to evade.

When someone asks Minnesotans for their vote and support for an office like senator, it’s important that they tell voters what policies they support and what they oppose. (At least that’s my excuse for giving one candidate in the current Minnesota race for Senate so much grief for doing a dance of the seven veils about his policy positions.)

But given the structural features of our particular system of government (with its many veto points) and the particular moment in which we are having this conversation (featuring polarization, hyper-partisanship and brinksmanship), it’s also worth trying to understand a candidate’s approach to compromise, versus the opposite of compromise.

Compromise might mean many things. Historically, it has sometimes meant splitting differences across partisan and ideological lines to avoid gridlock. In the current moment, many in the Tea Party and Liberty wings of the Republican Party believe passionately that compromise means we lose our liberties a little more slowly. I have some sympathy for that perspective. Not much, but some.

But in the current moment, the opposite of compromise means something resembling ideological total war across partisan lines and a repetitive game of chicken in which the parties announce that a government shutdown or a default on federal obligations is preferable to compromise.

Now back to planet Earth and to the 2014 race among Minnesota Republicans for the opportunity to run against Sen. Al Franken. The best-funded (by a factor of 10) candidate, businessman Mike McFadden, is not only the most unknown quantity policy-wise (since he has never held nor sought public office), but is also the most reluctant to talk about his policy positions. McFadden has also avoided, so far, the open-to-the-public debates that other candidates have attended. Every once in a while, McFadden discloses a position, but it is almost always a position that requires clarification that he then declines to provide. 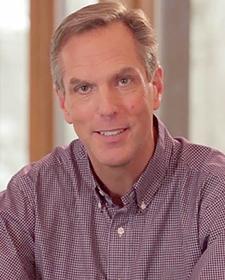 A couple of weeks ago, I noticed one of these. In an MPR piece, McFadden “said he would not have voted for the latest debt ceiling increase because it did not also cut spending.” It’s a sort of a position, but in the real world of what’s happening in Washington, it falls short of telling us what we need to know. (McFadden had said something similar, without mentioning how he might vote on anything, in an earlier interview with MinnPost’s Devin Henry.)

It’s not nothing to say that he would have voted “no” to raising the debt ceiling back in February. But there’s less there than meets the eye, if you think about how that last debt-ceiling increase came down.

Every single Senate Republican voted “no” on the final tally that allowed the government to continue selling bonds to pay for the spending that Congress had already appropriated. But a few Republican senators voted “aye” shortly beforehand to cut off a filibuster.

This was a fairly amazing spectacle. These Republicans voted yes, to allow the debt limit to come to a final passage vote (they could have blocked that by supporting Sen. Ted Cruz’ filibuster and they would have made their more militant constituents happy by doing so). But they then turned around and voted no on final passage. If we want to see the end of the repetitive game of chicken we could try to see this as an act of political courage. But they kinda undermined that theme by going to extraordinary lengths to disguise their identities.

(I‘m fairly surprised that more wasn’t made of this unprecedented act of courageous cowardice or cowardly courage. As Roll Call explained, the vote remained opened for a full hour as a small number of Republican senators changed from nay to aye on cloture. Normally, the Senate clerks call out the changes as they occur, but the clerks’ microphones were turned off and the clerks didn’t call out the names of the switchers specifically to make it harder for the press and public to know which senators had switched. The Democrats were in on it, too. A spokesman for Majority Leader Harry Reid said that it was done at the Republicans’ request but with the Democrats’ consent “to make it easier for Republican leaders to convince their members to switch their votes.” The identities of the switchers did eventually become known.)

OK, back to Minnesota. When I read that McFadden had taken the position that he wouldn’t have voted for the debt increase, he was merely in line with 100 percent of the Senate Republicans. The more difficult, more interesting question is what kind of role would a Republican senator from Minnesota play in a situation where voting no might have brought the country to the brink of what the hypsters like to call “default.”

So I emailed the McFadden campaign, stipulating that McFadden believed an increase in the debt ceiling should have been accompanied by spending cuts, to ask whether he would risk default to prevent a “clean” debt ceiling increase?

The first reply — not directly from the candidate, who has never spoken to me, but from his spokester Tom Erickson — was that McFadden would not respond to a question about a “hypothetical posed by yourself.” I hadn’t meant to be hypothetical. I was talking about what had just happened in the Senate. So I specified that the question referred to the unhypothetical, real situation of Feb. 12 when Senate  Republicans split between the hard-liner supporters of the Cruz filibuster and those who voted to allow the debt-ceiling hike to come to a vote in order to avoid coming too close to “default.” What would McFadden have done if he had been a senator that day? It’s been 10 days and I haven’t heard back.

I began to wonder whether I was being somehow unfair or unreasonable. So I called two of his leading opponents, state Sen. Julianne Ortman of Chaska and state Rep. Jim Abeler of Anoka, both of whom were quite willing to explain how they saw themselves acting in a situation such as the one that arose in the Senate on the day of the microphone malfunction. 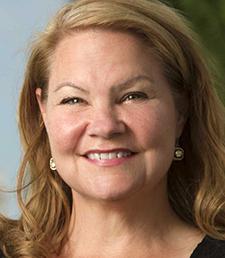 For starters, Ortman and Abeler both denounced the efforts of those who changed their cloture votes to conceal their identities. Ortman said it was beyond unacceptable and if she had been in the Senate, she would have denounced the tactic right away.

Abeler called it “awful… You’ve gotta own your vote. The minute you start taking secret votes, you lose transparency and transparency is the only way to keep people honest.”

Abeler and Ortman both said that they, like McFadden, believe that the debt ceiling should not continue to be raised without either some spending cuts or some other measures that they both called “reform,” which I gather means changes in the budgeting process.

Ortman, who has chaired the state Senate Budget Committee, gave an example of what “reform” might look like. Federal agencies currently operate on a “use-it-or-lose-it” budgeting rule. If they don’t spend their whole budget, the remainder goes elsewhere. This gives agencies less incentive to even look for ways to save money. A change like that makes so much non-partisan sense to her, she would try to find some Democrats who see the value of changing that rule and try to build something like it into a package that including raising the debt ceiling. 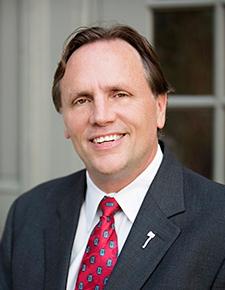 Abeler, who has rather famously broken party lines several times as a legislator, took a similar approach. You have to start early, he said, because by the time you reach the end of the process, after everyone has sworn that they won’t do this or that, there’s very little hope. You have to find some people in the other party’s caucus that “you don’t hate,” he said, and who don’t take the position “that a $17 trillion federal debt is no big deal. You have to find a way to talk about that.” Then you have to try to find some things that would help the overall goal of restraining the growth of government spending but that make sense to them and don’t require them to violate their fundamental principles. You try to create a little bipartisan cell that would have some leverage.

Ortman and Abeler both made a passionate case that they have the kind of skills and instincts that would enable them to create a space like that. Personally, I have no idea how possible that is in today’s climate, but it borders on sanity.

How Ortman and Abeler would vote

Nonetheless, I asked them both, if you had tried all that and it hadn’t worked, and it nonetheless came down to that day of the Cruz filibuster in the Senate, and the only choice was to vote for cloture and allow the Democrats to pass their “clean” debt ceiling, or vote no and run the risk of “default,” how would you have voted.

Ortman said if those were the only choices, she would have voted no. The country can’t just keep raising the debt ceiling and doing nothing to face the underlying problem.

Abeler said he might have voted no on that day because he didn’t believe the whole process had played out, and voting no might have provided a little more time to negotiate for a better set of choices. But if it reached that point where the only alternative was default, he would vote aye “because I’m sane.”