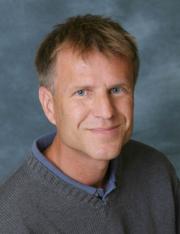 Well, he more than thinks so. Kenworthy has written a book-length treatment of his belief, titled “Social Democratic America.”

In case you don’t use these terms, “social democracy” often refers to the kind of socialism practiced in Sweden, Norway, Denmark and Finland, with higher taxes and a larger safety net than in the United States. Kenworthy explained his thinking Wednesday in a talk for the University of Minnesota’s Center for the Study of Politics and Governance.

Yes, the U.S. system of politics and government makes major governmental change hard. And yes, the two major U.S. political parties can’t agree on anything and one of those parties seems to have decided its raison d’etre is to block any further increases in taxes or expansion of government. Kenworthy conceded all that. But you would have to concede that — notwithstanding those tendencies — the Affordable Care Act has just expanded the role of government in a very substantial way.

And Kenworthy isn’t predicting that any particular step toward the next level of social democracy will occur right away. He suggested only that over perhaps the next 50 years, the portion of GDP that is devoted to all forms of government spending — currently about 36 percent — will grow by another 10 percentage points or so and start creeping up on 50 percent, and that the chief cost of the that expansion will be to pay for more more kinds of government insurance programs, along the lines of Social Security, Medicare, Medicaid, Obamacare and various welfare-type programs that soften hardships on the poor and near-poor.

He predicts this 50-year tendency will be “slow, unsteady and episodic,” which would also be same as in past years. It would be accompanied by constant arguments from conservatives that the growth of social spending will undermine economic growth and strangle economic freedom, but he said that the data from the Scandinavian countries indicates the opposite, that economic growth  can co-exist with a larger public sector.

For a longer version of Kenworthy’s arguments, here’s an interview he gave to the Washington Post’s Wonkblog.