Sen. Al Franken is promoting an online petition to collect signatures calling for a constitutional amendment to overturn the U.S. Supreme Court’s decisions in Citizens United and the more recent McCutcheon case, both of which shrunk the constitutional authority of Congress to regulate campaign finance.

The petition is linked to his reelection campaign and has to be viewed in that context, although Franken has also been a frequent critic of the Supreme Court rulings that have struck down various elements of the post-Watergate campaign finance regulations based on the twin Supreme Court principles, unpopular with most lefties, that are often abbreviated as “money is speech” (meaning that money, including campaign contributions and money spent to influence elections, including spent out of official campaign committees) is protected by the First Amendment and “corporations are people” (meaning that corporate spending to influence campaigns are substantially protected as well).

In statement asking for signatures on the petition, Franken said that “Citizens United gives big corporations an unfair advantage — and makes it harder for progressives to fight for real change.”

Franken’s petition doesn’t say so explicitly, but his office confirms that the drive is linked to a particular proposed constitutional amendment, of which U.S. Sen. Tom Udall of New Mexico is the chief sponsor and of which Franken (and also Sen. Amy Klobuchar) are among the co-sponsors.

The text of the proposed amendment is here. It says that in the name of “advanc[ing] the fundamental principle of political equality for all, and … protect[ing] the integrity of the legislative and electoral processes,” Congress has the power to regulate campaign contributions in federal elections and states have the same power in state elections.

All of the sponsors are Democrats. Republicans are pretty much united in opposition. Given that a constitutional amendment requires a two-thirds majority vote in both houses of Congress and then ratification by three-fourths of the states, the Udall amendment won’t be advancing very far any time soon.

But the Dems, who do still control the Senate, have announced that it will come to a vote within the next month or two. It recently was the subject of a committee hearing in which the leaders of both Senate partisan caucuses — Majority Leader Harry Reid and Minority Leader Mitch McConnell — testified for and against the amendment, respectively. 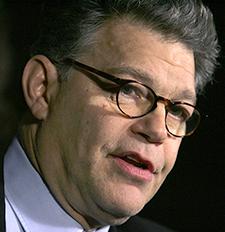 Citizens United and McCutcheon were both decided by relatively recent 5-4 rulings. The groups behind those cases are working on additional challenges that they hope will lead to more restrictions on campaign-finance regulations.

“This year, I’m sorry to tell you, the U.S. Senate is going be to voting on a constitutional amendment to repeal the first amendment.”

Cruz also says that the amendment (you can find the text of the amendment in the link above) “would give Congress the plenary power, the unlimited authority, to regulate political speech.”

That last — that allowing Congress to regulate campaign finance amounts to unlimited authority to regulate political speech — is a pretty big stretch, although I can grasp the argument. But just for the record, the First Amendment establishes freedom of speech, freedom of the press, freedom of religion, the right to peaceably assemble and petition the government for redress of grievances, and bans the the establishment of an official national religion.

Franken and Ted Cruz on a campaign-finance constitutional amendment