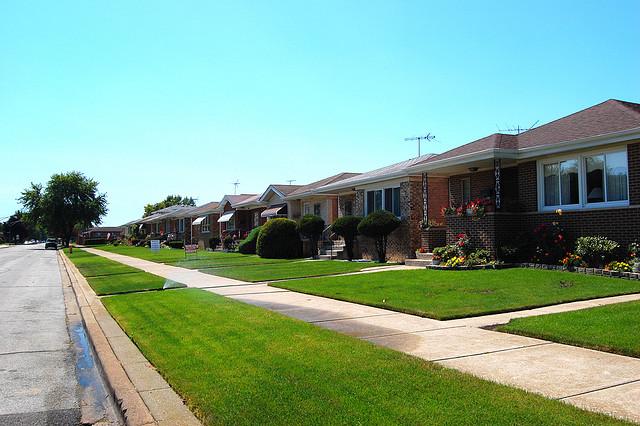 The Pew Research Center is out with its latest, smartest — and biggest ever — analysis of the growing partisan and ideological  polarization of Americans. Pew’s own long summary of the findings is here. I highly recommend it. But I also urge you to keep an eye on forest-and-tree issues. The summary begins:

Republicans and Democrats are more divided along ideological lines – and partisan antipathy is deeper and more extensive — than at any point in the last two decades.

For us, the politically obsessed, this is undoubtedly true. We see fresh evidence of its every day as we consume political news. The gridlock in Washington is substantially related to this growing polarization. From the summary report:

The overall share of Americans who express consistently conservative or consistently liberal opinions has doubled over the past two decades from 10% to 21%.

That’s a tall tree, and growing steadily taller. But don’t forget to notice that the forest — the other 79 percent of the population — do not fit this description.

Pew has been tracking partisan polarization for years, but this question about “threat to the nation’s well-being” is a new one, so we don’t know the trend. Still, it’s probably unhelpful to the overall experiment in self-government when a large number of Americans view those who disagree with them as a “threat.” Nonetheless, as bad as this level of partisan disdain for the other side sounds, it is still nowhere near a majority view.

But — and I’ll stop doing this now — this view that one’s own side should get everything it wants in a political compromise is far from a majority view in the country. Predictably, this view is most common among those with strong liberal or conservative policy preferences (and yes, it’s more common among those with strong conservative views). But among all respondents, the most common answer to the compromise question is that each side should get somewhere near 50 percent of what it wants.

To summarize in my own words: The tendency of Democrats to be strong, consistent liberals is growing, as is the tendency of Republicans to be strong, consistent conservatives. People who hold views are more likely to vote, more likely to demonize the views of the “other side,” more likely blame the other side for gridlock, less likely to want to compromise. These tendencies have been growing for years. But most Americans are not nearly as consumed by news and politics as the readers of this post and much less likely to share the tendencies summarized in this paragraph.