This the eighth story in a series comparing the U.S. system of politics and elections with other democracies around the world. 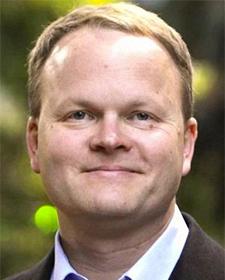 I mentioned a couple of installments back that Curtis Gans of the Center for the Study of American Electorate is convinced that negative campaign ads contribute to lower voter participation by causing many Americans to believe that their only choice is between bad and worse.

One former Minnesota congressional candidate says that is exactly the purpose.

Jim Meffert of Edina was the Democratic nominee for the U.S. House in Minnesota’s Third District in 2010. Before that he was involved in lobbying, grassroots politics and in charge of some state and federal PACs. So he has looked at the strategies behind campaign advertising from several insider perspectives. He told me that the primary purpose of late negative advertising is not to win votes for yourself but to reach weak supporters of your opponent in hopes of persuading them that it’s not worth voting at all.

Early in the campaign, the main message is positive, Meffert said. You are introducing yourself, trying to get every possible pocket of support motivated to vote for you. Mid-campaign, he said, many ads are aimed at impressing potential donors that you at least have enough money to be on the air, and are trying convince them that if they will write some checks so you can air even more ads, you might have a chance to win. The funders are extremely pragmatic about not wasting resources on anyone who has no chance.

By the last stretch, when the most intense advertising occurs, you and your allies will go negative against your opponent. By that time, you have done polling to find your opponent’s weak spots and perhaps focus groups to test potential advertising messages that will have the greatest likelihood of undermining your opponent’s supporters’ interest in voting, Meffert said.

In a tight race, after you have done everything you can to get your supporters motivated to show up and vote for you, the purpose switches to something that should really have no place in a democracy.

At the end, Meffert said, “that’s when the negative ads outnumber the positive ads about five to one. That’s when they ask: ‘Did you know that Candidate X wears horns and is a predatory offender and is in the back pocket of evil corporations or the evil teachers unions?’ — or whatever trigger points the research has suggested might work, because the goal is to get 2 or 3 percent of the other guy’s weakest supporters to get turned off and just stay home.

“It’s the worst, most cynical part of the process,” Meffert said. “Trying to get people not to vote goes so against everything we’re supposed to be about in a democracy. But there’s a whole industry and people who spend their lives developing the best technique for accomplishing this. It’s an absolute abomination. And it’s happening all the time, much more often than people realize.”

Watching the late advertising during the current cycle, Meffert said,  “confirms to an ever greater degree that anyone who believes anything a candidate, or campaign says about their opponent or themselves in a purchased ad is an idiot.”

Gans told me that the famous Democratic political consultant Bob Shrum had confirmed that this is the purpose of negative advertising. University of Minnesota political scientist David Samuels also believes that this is the main motivation for attack ads. On the other hand, longtime DFL political operative Jeff Blodgett, best-known for his association with Sen. Paul Wellstone, said he had never been involved in a strategy designed to discourage turnout.