This the fourth in a series of stories comparing the U.S. system of politics and elections with other democracies around the world.

Until now, this series has been mostly explored the minor mystery of why voter participation in the “world’s greatest democracy” is so low compared to the other developed democracies. Political scientists who focus on comparing democracies have mostly pointed me toward systemic differences that help explain low turnout for U.S. elections, things that are unusual about the way the United States organizes and conducts elections. They have identified several such quirks that undoubtedly cause some of our voting-age population to not vote.

But for many of those scholars, their first caution to me was not to make the rookie blame-the-victims mistake of assuming the bad turnout numbers reflect a lack of motivation among U.S. voters compared with those from other countries.

When I interviewed Curtis Gans, whom I’ve known for decades, he pushed back pretty hard against what the others were telling me, and he made an interesting case.

Gans, by the way, is a Washingtonian but played a role in Minnesota political history. Back during the Vietnam War era, Gans and Allard Lowenstein started the “Dump Johnson” movement and, after being turned down by many of the prominent anti-war figures, recruited Minnesota U.S. Sen. Eugene McCarthy to run for the 1968 Democratic presidential nomination. The McCarthy campaign played a role in ending Lyndon Johnson’s political career. Since then, Gans has specialized in studying voter turnout as the founder of the D.C.-based Center for the Study of the American Electorate.

Yes, it’s true, Gans said, the United States puts several structural barriers in the way of higher voter turnout, as the comparativists had told me. Almost alone among the democracies of the world, U.S. states place the burden on citizens to register to vote, and then to re-register every time their address changes. (Gans, who tracks these things more closely than you can imagine, estimates that about 61 million — 61 million! — voting-eligible Americans are not registered, and that about 20 million names on the current registration lists are invalid.)

But, he noted, many states (and Minnesota is among the leaders, as one of the states that allows people to register at the polling place on Election Day) have made it easier to register. And every state is now required, under the 1993 “Motor Voter” Act, to offer citizens an opportunity to register when they apply for a driver’s license or various forms of public assistance.

Yes, it’s true that the tradition of voting only on a single Tuesday in November differs from most of the other democracies that allow more than one day and at least one non-working day to vote. And this undoubtedly leads to some citizens not participating, Gans agrees. But many states (again, Minnesota is toward the forefront) have mitigated that problem by making it easier for citizens to vote by mail or in person in advance of Election Day, without having to certify that they were unable to vote on Election Day. (Yes, Minnesota permits these.)

If those were the kinds of barriers that were preventing people from voting (and, of course, they are), then you would expect to see voter participation increasing as the various barriers were mitigated by the kinds of reforms in the paragraphs above. But instead, turnout has gone sideways over recent cycles and has not gained any significant ground on the many other democracies that have higher turnout. 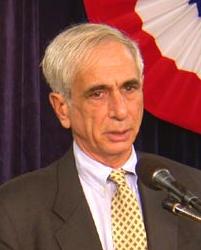 In fact, Gans believes, even without those reforms, you would expect U.S. voter participation to be rising for the most basic kinds of demographic reasons. Since voter turnout first became a subject of study, certain demographic facts have been clear, and they remain clear. For example, older voters turn out in larger proportion than younger voters. Educated Americans are more likely to vote than uneducated Americans.

But rising life expectancies, plus the aging of the Baby Boomers, has created a moment in which the U.S. electorate has never been more concentrated toward the elderly side. Likewise, there’s never been a time when a larger portion of the eligible electorate had college degrees. To Gans, these demographic facts suggest that with no change in the rules and no change in motivation, pure demographics would be driving participation higher. Instead, it’s going sideways and, Gans forecasts, headed for lower.

So, to him, the only way to make that math work is to suspect that something is undermining many citizens’ motivation to vote.

“My considered judgment,” he said, “buttressed by a lot of developments in the past years and months, is that the underlying reason that turnout is not rising is not procedural, and not demographic. The underlying issue is motivation.”

In fact, if you think about the logic of Gans’ argument, the problem is not just that the United States has a long-standing problem with voter motivation, but that motivation is actually declining and declining enough over recent cycles to offset the powerful demographic factors that should be fueling an increase in voter turnout. What would explain a recent decline in voter motivation?

Gans’ list of reasons are not easily quantifiable or subject to easy testing, and they clearly draw on the conclusions of an observer frustrated by developments of his lifetime observing U.S. politics. But many of them certainly ring true. So for today’s installment of this series, I’ll just let Gans list some of the factors he believes are undermining the motivation to vote. He mentioned:

The parties have moved away from grassroots organizing, which used to be responsible for turning out the vote. “Now what they basically do is raise money to hand to consultants and let them define the choice for the voters,” Gans said.

In a typical, competitive statewide campaign for U.S. senator or governor, 50 to 60 percent of the funds are spent on political advertising and another 20 percent is spent on the fundraising itself, leaving only 25 or so percent for work at the grassroots level and/or for moving the candidate around the state to actually show his or her face, give speeches, answers questions, meet voters and ask for their support.

A huge portion of the campaign communications that reach the average citizen are via 30-second attack ads in the last days of the campaign that — taken as a whole — convince many Americans that the system is offering them a choice between bad and worse.

Most Americans do not feel enthusiastic about either of the major political parties, Gans believes. The Republican Party is “way to the right” of the American center. A big part of that far-right message is an anti-government message, a message that “government doesn’t function very well,” which undermines enthusiasm for civic activities such as voting. The Democrats “haven’t had a clear consensus message for a long time.” Voter motivation declines when they perceive their choice as between the lesser of two evils.

“We have an erosion of trust” in what politicians say, Gans believes, which led him into a series of presidential statements that he feels contributed to that erosion.

Starting with LBJ: “We are not about to send American boys nine or 10 thousand miles away from home to do what Asian boys ought to be doing for themselves.”

To Reagan: “I did not trade arms for hostages….”  “I didn’t know about any diversion of funds to the Contras.”

To Bush the first: “Read my lips, no new taxes.”

To Clinton: “I did not have sexual relations with that woman.”

To the second Bush and his assertion that Saddam Hussein’s hidden weapons of mass destruction justified a war.

Gans also sees recent trends in the media contributing to a loss of voter interest and motivation to vote. There is less coverage of politics, and fewer reporters, he said. From the heyday of network TV news, when the electorate was offered “a shared body of information,” to the age of cable and satellite TV, which you watch all day without getting any useful information, to the age of the Internet and the iPhone, which he said have “created personal communities at the expense of a general community.”