“History Shows that Hillary Clinton is unlikely to win the presidency in 2016” is the headline on a piece by John Judis in the New Republic.

Here’s the fact on which Judis builds his argument:

If you look at the presidents since World War II, when the same party occupied the White House for two terms in a row, that party’s candidate lost in the next election six out of seven times.

It’s not true, by the way. Judis either miscounted or is twisting the facts to strengthen his point. The correct figure would be five out of six occurrences of the two-terms-and-out pattern. Still, at first glance the pattern seems to pack a punch. Judis derives its meaning thus:

The chief obstacle that any Democratic nominee will face is public resistance to installing a president from the same party in the White House for three terms in a row.

Judis often strikes me as a smart analyst. I appreciate someone studying history for patterns that can help us understand the present, although it must be done with great humility and skepticism about whether the past is a map to the future. Those qualities are mostly absent in this case. Perhaps Judis bears no responsibility for the headline, in which case he should perhaps complain to whomever did. But, at the risk of being pedantic, “History” does not “show” that Clinton will probably lose.

Two years before a presidential election the odds are against any presidential aspirant. There are so many ways to not become president. In Clinton’s case, she hasn’t even formally entered the field and there is still some (albeit small) chance she won’t (although if she doesn’t, it won’t be because she realized she was doomed to defeat by a historical pattern).

People who start the nomination campaign as frontrunners often fail to make it to the final round (George Romney, Ed Muskie) or get the nomination but are weakened by an unexpectedly strong intraparty challenge (Walter Mondale by Gary Hart in 1984, Mitt Romney by the seven dwarves in 2012).

In 100 percent of cases, U.S. presidents and all nominees of major U.S. political parties have been men. That is history but not destiny and not a law. If she runs, Clinton’s potential to be the first woman president will be, on balance, an asset. 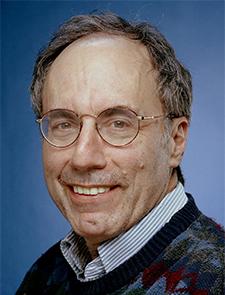 I don’t doubt that Judis has a point. It’s not so much the third-straight-presidential-win-for-the-same-party trap. It’s that this month’s results tell us that the electorate is kinda down on the Democrats. President Obama is politically toxic (although I don’t believe he deserves to be) and Republicans will surely try to inject that toxin into the next Dem nominee. In Clinton’s case, she served in Obama’s administration and will have to carry some of that politically dank water.

If Judis had based his prediction on the current low popularity of the Democratic “brand,” he would have had a better point, although not a law of history. But the evidence he cites for historical determinism is almost silly.

Look at presidents since World War II, he says. But he’s fudging. FDR, who presided over most of World War II, rather famously won four straight elections and then was succeeded by his fellow Democrat (and last vice president) Harry Truman, who went on to win one more, post-war, in 1948. That’s five straight wins by the Democrats, before, during and after World War II. Judis apparently is counting the 1952 victory of Republican (and major war hero) Dwight Eisenhower over Dem nominee Adlai Stevenson as the first instance of the electorate’s tendency to reject any party after it has held the Oval Office for two terms. But if he’s counting the failure of the Democrats to win for what would have been the sixth straight election as evidence that it’s difficult for any party to win more than two in a row, he’s trying too hard.

And by the way, that string of five straight Democratic president victories (by FDR and Truman) ended a string of three straight Republican victories by three different candidates (Harding, Coolidge, Hoover), which also would have broken the (then non-existent no-third-term-for-the-same-party) jinx.

Starting with Abe Lincoln in 1860, the Republicans won six straight elections and 10 out of 12 with no appearance of the iron pattern of two-terms-and-then-switch-parties. In fact, from 1860 until 1952, there was exactly one instance of the two-terms-and-then-switch-parties pattern, which obviously was no pattern during U.S. presidential history until the election of 1960. If the two-terms-and-out pattern came into effect in 1960, Judis or someone who believes in it needs a theory to explain why history began with John F. Kennedy’s victory over Richard Nixon in 1960.

Which brings up another problem. If the public tends to tire of a party after two terms and throw the bums out, you would like to see some powerful electoral defeats for the candidate of the party seeking a third straight term. But in 1960, JFK’s victory over Nixon was incredibly close (two-tenths of 1 percent in the popular vote) and there are still arguments about whether Democrats in Texas and Illinois stole the election for JFK. It hardly seems to have been foreordained.

Likewise in the next case of two-and-out, when Nixon beat Hubert Humphrey in 1968, the election featured a winning margin of less than a percentage point of the popular vote. In 1976, Jimmy Carter enforced the “third-term jinx” pattern with a close win over Gerald Ford, which some might think had something to do with the Nixon scandals, rather than a law of history.  The next working of the two-and-out pattern would be 2000, when George W. Bush (sort of) beat Al Gore while losing the popular vote. (Judis, in passing, does acknowledge that this one is a problem.)

Anyway, you get the idea. The theory of the law of history (and I should acknowledge that Judis never calls it a law of history) as an expression of a public that has become fed up with whichever party has held the White House for two terms would be a lot more impressive if the cases weren’t all decided by a few (often-disputed) votes.

I apologize for getting so het up about a piece you might never have read by a writer whose thinking is usually more disciplined. But I suspect that if you watch/listen for it, you’ll see a lot more invocations of the “law” that will hinder Clinton’s candidacy, so be ready to annoy your friends and acquaintances.

By the way, if we were to assume that every presidential election is like a coin flip, with two possible outcomes decided purely by chance, MinnPost’s numbers guru David Brokken tells me that chances of getting heads (or tails) five out of six flips is 19 percent, compared to 31 percent odds of getting three heads and three tails. For some reason, which is way over my head probabilities-wise, the likeliest outcome is a 4-2 split of the six flips, at 47 percent.