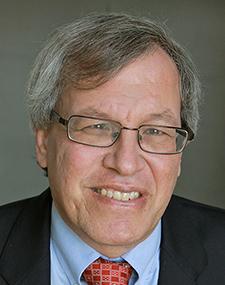 At his confirmation hearing, Roberts likened the job of a justice to that of a baseball umpire, calling balls and strikes, Chemerinsky reminded the audience. Sotomayor said at her confirmation hearing justices don’t “make law,” they just “apply” law.

Chemerinsky, dean of the Law School at the University of California at Irvine, said those justices and others who made similar claims throughout U.S. legal history were misleading the public, and reinforcing the widely held idea that the role of the Supreme Court is merely to “divine” the correct meaning of the U.S. Constitution. It’s a popular belief, he said, but at some level “we all know better.”

Chemerinsky is a liberal. He calls the Citizens United ruling (which opened the door to almost unlimited campaign contributions) one of the worst in history. His previous book was called “The Conservative Assault on the Supreme Court.”

But his latest book, “The Case Against the Supreme Court,” is not (or is more than) a liberal attack on the work of the Roberts court (as he signals by including liberal Justice Sotomayor in the denunciation above). Chemerinsky is arguing that:

a) The Supreme Court has been, on balance, a more negative than positive influence on our country throughout its history, and

b) The idea that justices bring neutral, objective legal principles to the task of “divining” the true meaning and purpose of the language in the statutes and the Constitution is bunk.

On the contrary to b) above, says Chemerinsky:

We should recognize what the Supreme Court is doing, day in and day out, is making value choices. And we should make them accountable for those value choices.”

Chemerinsky spoke last night at Hamline Law School in an annual endowed lecture named for David Cobin, a former professor at the Hamline school who died in 2011.

Chemerinsky reviewed many of the most famous awful Supreme Court decisions:

For years, Chemerinsky said, he had taught these cases, which are all understood in retrospect to have been miscarriages of justice, as if they were anomalies. But by explaining them that way, he said, “I realized I had been making excuses for the Supreme Court.”

These cases were not really so much the exceptions, as the rule, he decided.

If there’s any excuse in a democracy to allow unelected judges to overrule elected representatives, it should be to protect minority rights. The majority can protect itself by electing those with whom it agrees. But “the court exists to protect the rights of minorities.”

From 1896 (the date of the Plessy v. Ferguson ruling) until 1954 (the date of the Brown vs. the Board of Education ruling), the court enforced the spurious doctrine of “separate but equal,” which amounted to enforcing the preference of the powerful over the powerless. And as recently as 2013, the court struck down key provisions of the Voting Rights Act, which he estimated had jeopardized the voting rights of about 600,000 Americans, almost all of them African-Americans or Hispanic.

When he lets loose this denunciation of the Supreme Court’s failure to protect the powerless, his students always bring up the Warren court of the 1950s and 1960s, which delivered many decisions upholding the rights of the powerless. Yes, he tells them, the Warren court “did a lot of good.” But not as much as they should have. The Brown ruling ordered that separate segregated school systems be dismantled with “all deliberate speed,” a weird oxymoron that allowed the status quo ante to continue for many more years.

I’ve written about Supreme Court jurisdiction fairly often over the years, and was familiar with most of the cases Chemerinsky cited, although I had seldom been exposed to such a wide-ranging, overall indictment of the court’s overall effect. But Chemerinsky did talk about some cases that were new to me, including this one, with which he opened his talk. (It’s fairly brutal so you might want to stop reading here.)

Carrie Buck, a Virginia teenager, was raised by a foster family in 1920s Virginia. She was raped and impregnated by a nephew of her foster mother. Blamed for her pregnancy, she was committed in 1924 into a hospital for the “feeble-minded,” where the superintendent sought to have her sterilized, against her wishes. Her guardian started a lawsuit to block the procedure which ended up going to the U.S. Supreme Court, which, by a vote of 8-1, upheld the Virginia law allowing the sterilization to proceed. The majority opinion, by the famous and generally admired Justice Oliver Wendell Holmes Jr., concluded that “Three generations of imbeciles are enough.”

Buck eventually left the hospital, was married (but could have no further children) and lived a long life that showed little evidence of feeble-mindedness. Her daughter (the product of the rape for which her mother was blamed and presumably representing the third of the three generations of imbeciles to which Justice Holmes referred) was an honor roll student the year before she died of measles.

In his book, Chemerinsky outlined several reforms that he suggests would move things in the right direction. For example: