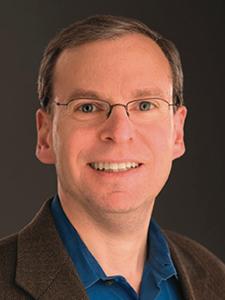 Israel’s survival, its nature and its character are at risk because of the opposition of the right-wing government to a two-state solution, Jeremy Ben-Ami, founder and president of J Street, told a University of Minnesota audience Tuesday.

A solution to the Israeli-Palestinian conflict is “available,” and the results would represent a “win-win” for Israel, Ben-Ami said. But the reelection of Prime Minister Benjamin Netanyahu and the likely formation of the most right-wing government coalition in Israeli history undermine the chances of reaching such an outcome.

U.S. policy is, and long has been, to favor a two-state solution, he said. Netanyahu promised late in the recent campaign that no such outcome will occur while he is in office. Ben-Ami apparently believes that he was sincere (although Netanyahu reversed himself on that statement right after the election). The Palestinian side also is not able to deliver the necessary preconditions for a peaceful, two-state outcome, Ben-Ami said.

J Street, a liberal Jewish advocacy group based in the United States, believes the U.S. should continue to promote and pursue a two-state solution without Netanyahu’s cooperation by, for example, using the word “illegal” to refer to Israeli settlements on occupied territory and supporting a U.N. Security Council resolution calling for a two-state solution.

Such a resolution would “lay down a marker,” would be President Obama’s legacy on the issue, and would clarify that the United States opposes all action by either side in the conflict that undermines or precludes progress toward a two-state solution.

Here are summaries of Ben-Ami’s points on some of the major topics he discussed:

On the tentative U.S.-led deal with Iran over nuclear capabilities:

Ben-Ami said J Street would be “vocally in favor” of completing the deal. It’s not ideal, Ben-Ami said, but it’s the best of the three possible outcomes.

The other two possibilities: If the United States rejects the deal, its partners among the P5-plus one (Russia, China, Britain, France, and Germany) will drop out of the sanctions regime and Iran will achieve its goal (relief from sanctions) without having to accept limits on or inspections of its nuclear program. Or some combination of the United States and Israel and perhaps some others could take military action against Iran.

Concerning a deal, a war or an end to sanctions with no concessions from Iran: “There is no fourth option,” Ben-Ami said. One could hope for a different or better deal, Ben-Ami said, but the parties have negotiated long and hard and “this is the deal.”

On the recent trend toward partisanization of the U.S.-Israeli relationship:

Ben-Ami said yes, it is happening. Netanyahu’s decision to speak to Congress, against Obama’s wishes, at the invitation of the Republican speaker of the House, was the latest evidence. But he also said it was a mistake for Israel to appoint, as its ambassador to Washington, a former Republican operative (Ron Dermer). “Not the best choice,” Ben-Ami said.

On the possibility that the Palestinians will seek prosecution of Israel through the International Court of Justice for the occupation:

Saeb Erekat, a long-time leader of the Palestinian Authority, has been calling the occupation a “war crime.” Ben-Ami said he sympathizes with the frustration of Erekat and Palestinian President Mahmoud Abbas, who believe that they’ve done everything that could reasonably be expected to embrace peaceful means of seeking a Palestinian state, but he doesn’t believe that trying to take the Israelis to the ICJ would be “fruitful.”

On whether Israel can call itself a democracy:

Within the borders of Israel proper, Israel is undoubtedly a full-fledged “vibrant democracy,” but “when there are several million people who are under your governance who don’t participate in your democracy” that obviously undermines Israel’s democratic status and credentials.

On how can Israel make peace as long as Hamas controls Gaza:

Israel is completely within its rights to refuse to deal with Hamas unless and until Hamas accepts Israel’s right to exist, renounces violence and agrees to abide by international deals that have been reached regarding the situation. Until such time as that comes to pass, Israel and the United States have to deal with those who have embraced those prerequisites and “put Gaza on the shelf” until there is a change in leadership there or a change on in those fundamental positions.

The student said that a lot of Israelis, not just lefties and activists, would like to see Israel pull out of the Palestinian territories but they are “afraid” of what might ensue. He asked Ben-Ami whether he could understand why many people worry about possible negative outcomes of such developments, including Israel’s “destruction.”

“I don’t think there is any risk-free path. The choices in life are often between two or three or four different options, all of which have pluses and minuses, and you have to weigh the risks.

“I see that risk as a very high probability if we stay on this path that we’re on.

“We have to understand that. There should be fear, because there’s something to be afraid of.

“There will always have to be a situation of qualitative military advantage for Israel, its relationship with the United States and from world sources. But those things are far more likely to be upheld if you go down a path that’s in accordance with world values and standards and world acceptance than if you go down a path of that leads you to be a pariah and outside the mainstream. So that’s the tradeoff.”