You won’t be shocked to learn that wealthy people get the policies they want from government more often than those of low or moderate means. Nor will you be surprised that organized special interests — the kinds of groups that send lobbyists to Washington to advance pro-business agendas — have an impact. But, at least if you’ve been watching your old Frank Capra movies, you might think these tendencies can be overcome, or at least partially offset, by the power of the people, the ordinary voter, without whose support no one can reach high office in America.

Even a legislator who sympathizes with or has sold his political soul to the rich and powerful (you might think) has to take into account the policy preferences of the ordinary voter.

You might think that, but according to research by an eminent political scientist presented at the University of Minnesota’s Humphrey School, you would be wrong.

Whether or not a proposed change in government policy is favored by the majority of Americans “matters not a whit” in leading to the adoption of such policy changes, Princeton professor Martin Gilens has concluded. On the other hand, the support of a proposed policy change by wealthy Americans, or by organized lobbies, matters quite a few whits.

Gilens and co-author Benjamin Page have written a paper detailing these results. You can see the paper summarized here. You can see the two professors discuss it with Jon Stewart on the “Daily Show” here. You can read Paul Krugman discussing their findings here. Or you can just allow your humble and obedient and ink-stained wretch to summarize what Gilens told an audience at a Thursday forum of the Humphrey School’s Center for the Study of Politics and Government.

Gilens searched three decades worth of survey data (the decades with the 1980s, the 1990s and the 2000-aughts) to identify about 1,800 poll questions that revealed whether a particular policy change before Congress was supported by average Americans, by wealthy Americans and by any organized lobbies. Many of the proposals never became law. But Gilens and Page found that policies supported by economic elites became law between 60 and 70 percent of the time. Policies support by business lobbies also became law 60 to 70 percent of the time. (Often these were the same policies.) But policy changes favored by a majority of all voters were enacted just 30 percent of the time. 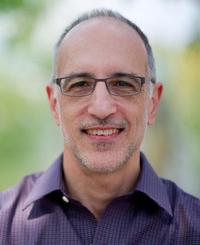 There were plenty of cases in which policies supported by the wealthy or the big lobbies became law even though they were opposed by the popular majority. (He mentioned a few, including the North American Free Trade Agreement, the Bush tax cuts and the 1999 repeal of the Glass-Steagall law — which was widely blamed for facilitating the economic collapse of 2007-8 — that were adopted even though they were opposed by the majority of Americans.)

It takes money to win

But how can that be true when no one can get into political office without popular support, usually majority support? You don’t have to be a super-cynic to know where Gilens goes with that question. It takes money to get elected. On average, he said, $1 million to win a seat in the U.S. House, $10 million in the Senate. In the last presidential election, more than $1 billion was spent by or on behalf of each of the major-party presidential campaigns.

Maybe you’re used to that so it doesn’t surprise you, but how about this one: Wealthy donors, comprising less than .01 percent of the population (that’s not 1 percent — that’s one one-hundredth of 1 percent) accounted for 40 percent of all political contributions in 2012, Gilens said. (All those donors could fit inside Target stadium, he said— but, of course, they may not all be Twins fans.)

Who gives how much to campaigns has long been an issue, but in the post-Citizens United era, Gilens said, most of the money isn’t even raised and spent by the campaigns. In 2012, more than $1 billion of political spending was done by SuperPACs and other unaccountable groups who don’t even give to campaigns. Of SuperPAC money, he said, 93 percent came from just 3,318 wealthy people. Fifty-nine percent of it came from just 159 people, which he called “a shocking concentration” of political giving that “shows no signs of letting up.”

“Political and economic power has become concentrated in the hands of fewer and fewer people,” Gilens said, and if that trend continues “we’ll have a democracy in name only.”

Disturbing data: The rich and powerful get their policies adopted, even if opposed by most voters