Four scholars debated the Iran deal Monday night at the U of M’s Humphrey School. 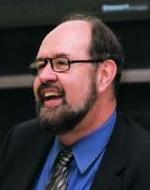 University of Minnesota Anthropologist William Beeman, who travels to Iran frequently, argued that Iran never was seeking nuclear weapons, so all of the concessions the United States and its negotiating partners have made have only induced Iran to give up something that it wasn’t doing anyway. He favored ratification of the agreement.

He said that many who oppose the agreement are motivated by a desire to humiliate Iran and embarrass President Obama. Those who believe it is possible to get, from where things stand now, back to negotiations to strengthen the deal are engaging in “magical thinking” because the other world powers that had imposed sanctions on Iran have already decided to approve the deal and have moved onto opening trade relations with Iran. Beeman also said that those who complain that Iran has not made concessions — not directly related to the nuclear issues but for things like the release of prisoners or the recognition of Israel — were taking a “Christmas tree approach” to the deal. 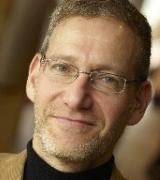 U of M Law Professor Oren Gross, who grew up in Israel and worked for the Israeli government, argued that Iran’s history of cheating in the past and the statements by its leaders that Israel should not exist and that the United States is a great Satan should alert the world not to trust Iran. Gross believes that it’s not too late to seek stronger provisions. He didn’t specify how the deal could be modified at this point and didn’t directly address Beeman’s assertion that it is too late for that, since the other nations of the P5+1 have decided to accept the deal.

Gross mocked some of the inspections provision with a reference to bicycle racer Lance Armstrong (who was found to be doping). If the inspection deal Iran has won was analogized to Armstrong’s efforts to be reinstated as a racer, it would amount to Armstrong saying that he will agree to have his urine tested but he needs 24 days advance notice before he provides any urine and that he must be allowed to urinate privately without the inspectors in the room (so presumably they have no assurance whose urine they are getting). 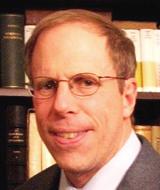 Gross also bemoaned what he called a “flattening” of the debate over the agreement so that anyone who was opposed was automatically accused of being a warmonger and anyone who favored the agreement doesn’t care about the security of Israel or the United States. In fact, Gross said, he is not among the critics who say this deal is so bad that “no deal” would be better. He just believes this deal can be improved.

Tom Hanson, a long-time U.S. diplomat who currently holds the title of “diplomat in residence” at the University of Minnesota Duluth, said the deal as negotiated was “far from perfect” and “not risk-free” but was nonetheless preferable to any of the available alternatives because it at least buys time for Iran to move toward a moderate position in world and regional affairs.

Hanson noted that Israel has a significant nuclear weapons capability, including a second-strike capability, which provides it with a substantial deterrent against any first strike against it by Iran. 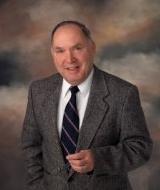 Terrence Flower, an emeritus professor of physics and math from St. Catherine University in St. Paul, joined Gross on the “con” side and spoke about technical aspects of verification.

U.S. Rep. Keith Ellison spoke before the debate began. Although he didn’t state a personal position Monday night and said he still had some work to do on the issue, Ellison suggested that enough House Democrats have already pledged to support the deal to basically ensure that opponents cannot override a presidential veto. If that number is correct and holds up, the deal cannot be defeated in Congress.

Speaking before the evening’s debate began, Ellison also offered a lovely quote that “the clash of ideas is the sound of freedom.” Assuming the Internet knows its stuff, that quote is attributable to Lady Bird Johnson.

The event was organized by the United Nations Association of Minnesota. Eric Schwartz, dean of the Humphrey School, moderated.

Is the Iran deal a good idea? Scholars argue pros and cons at University of Minnesota