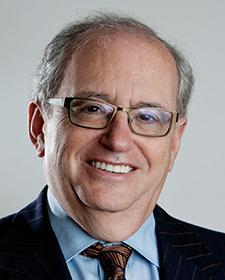 A couple of weeks ago, political scientist Norm Ornstein helped me understand (here and then again here) the dynamics of the meltdown of the Republican caucus of the U.S. House of Representatives, which led to the retirement of Speaker John Boehner, then the collapse of Majority Leader Kevin McCarthy’s bid to replace Boehner, and the ascendancy of the hard-right Freedom Caucus to a key role in the picture.

So naturally, when the House speakership crisis settled down with the election of Paul Ryan and when Boehner arranged as a parting gift to arrange a two-year budget deal, I wondered whether Ornstein saw things headed in a healthier direction, gridlock-and-dysfunction-wise.

The answer is no.

Ornstein’s whole presentation was likewise tragicomic. I was impressed with how many jokes he told before he got into his serious analysis (and I’ll transcribe a few of the jokes at the end of this post), but the jokes were also pretty depressing if you looked at the meaning behind the punchlines.

Ornstein doesn’t think the election of Ryan solved anything. When asked by moderator Larry Jacobs to give a straight yes or no answer to the question of whether the Ryan speakership will be devoured by the same forces that devoured Boehner’s, Ornstein chose “yes.”

The core problem, Ornstein said (and you may note a similarity to some of my own earlier analysis), is that American politics is suffering from “a mismatch between our political parties and our system.”

In a parliamentary system, after an election, one party (or a coalition of parties) gains a majority and has enough control to implement its policy preferences without the need for any cooperation from the opposition.

Unlike in America, the term “the government” refers to the majority party or coalition. It does not refer to the members of the other parties.They are referred to as “the opposition” and are free to oppose and criticize whatever the government is doing and propose different policies that they would implement if they were in power, but they lack the leverage to prevent the majority from implementing its program. Eventually, the electorate will get a chance to decide whether to make the opposition into the government and vice versa.

But, of course, in our country, power is generally (and is now) divided between houses and branches. A party that controls just one house of Congress or the White House can block the other party from enacting its programs. And vice versa.

Ornstein talked about previous eras, when government functioned in the United States even if neither party controlled the all the levers of power. He reminisced about the famous odd couple of U.S. Sens. Ted Kennedy and Orrin Hatch, who were from opposite parties and disagreed on most matters but were able, via give and take, to work together to craft many bills that became law. He spoke about former Rep. Henry Waxman, a liberal Democrat from California and an expert on health policy who served for 40 years, many of them when the House was under Republican control. But Waxman was respected, and he knew how to get small gains for the policies he believed in tucked into bills that had the support of most Republicans and, by the time he retired, could point to many provisions he had fathered because he knew how to settle for half a loaf, or a quarter of a loaf, and knew how to choose which quarter-loaf that he favored to settle for because it wasn’t anathema to the other side.

Now, Ornstein said, the parties are not only polarized, they are “tribalized.” Both parties suffer from this, he said, but the tribal instinct is considerably stronger on the Republican side. Tribalization, as Ornstein described, means that the other “tribe” is treated as an enemy, to be denied any concessions and it’s enough to know that an idea must be bad if it is backed by the other tribe, which Ornstein translates into “if you’re for it, I’m against it, even if I was for it yesterday.”

It’s gotten so bad, Ornstein says, that he believes that if not for Boehner’s secretly negotiated budget deal, the Republican hard-liners would have been unable to compromise on a deal to keep the government open and — even scarier — preserve the credit rating of the U.S. government by raising the debt ceiling.

By the way, that deal passed with the support of all Democrats but just 79 of the 247 Republicans in the U.S. House. The so-called “Hastert rule” holds that a Republican speaker won’t allow anything to come to the House floor unless it has the support of at least a majority of House Republicans. Although it’s called a “rule,” it really hasn’t been one; more of an informal rule of thumb. But, as one of the concessions to the hard-liners, Paul Ryan has agreed to make it an actual enforceable rule. At least Ornstein said he had, and if that’s true, it’s one less way to break a deadlock. When he was asked on one of the Sunday shows last weekend whether he would enforce the Hastert rule, he replied: “There are always exceptions to the rules. And, when circumstances dictate, we have to look at all options available.” (I’m not sure where that leaves things.)

Also by the way, notwithstanding Boehner’s secret deal, Ornstein said Monday that action is still needed to extend the Continuing Resolution under which the government has been allowed to pay bills without a real budget. Without such action, Ornstein said, the continuing resolution expires Dec. 11.

On the presidential race, Ornstein said that notwithstanding a long-running assurance from the punditocracy that, in the end, the Republicans will end up with a reasonably mainstream nominee who has some experience in government, he is not convinced.

In current polls, if you combine the support of all the “outsiders,” it comes to 65-75 percent of likely Republican primary voters. If you combine the so-called mainstream candidates, it’s generally less than 20 percent.

These are the kinds of things that feed Ornstein’s continuing argument that the polarization has not occurred evenly across the two major parties. He wrote in “It’s Even Worse than It Looks,” and he said again Monday, that in his early days in Washington, both parties operated ideologically between the 40-yard-lines. Both have moved farther to the extremes of the field, he said. But the Democrats are “around their 20-yard line,” while the Republicans “are well behind their own end zone — and quite a few of them are out in the parking lot.”

OK, perhaps that’s a good place to deliver those jokes I promised at the top and wrap this puppy up. Here are three one-liners that he fired off — Henny Youngman-like — before he started his main presentation:

Norm Ornstein: Our political parties are not only polarized, they are ‘tribalized’