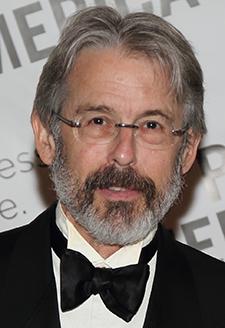 Political analyst Hendrik Hertzberg of The New Yorker magazine says that understanding the rise and enduring appeal of Donald Trump relies on understanding the infantilization of conservative America under the influence of talk radio. And the astonishment of establishment Republicans at what Trumpism is doing to their party is a function of their failure to understand the similarity of right-wing talk radio to professional wrestling.

That’s the kind of first paragraph that’s supposed to hook you into reading the rest of the article so you can find out what it means.

Hertzberg is also a supporter of ranked-choice voting and other ideas for voting reform, and that’s why he will be in Minneapolis Thursday for a FairVote Minnesota fundraiser, which gave me an excuse to interview him and get his thinking on the Trump phenomenon.

Hertzberg has been over recent years the principal political commentator for The New Yorker, but in his 70s, he has weaned himself from writing very often for the magazine and has barely mentioned the rise of Trump. So, to those who would like to know what this insightful and seasoned political observer has observed, this piece may be the world premiere of those views. All I did was ask him for his thoughts on the rise of Trumpism and its hostile takeover of the Republican Party. The next few paragraphs are a lightly edited transcript how he replied:

We’re in the audience for this show. I think it’s happening on two levels, macro and micro.

On the macro level, it’s a function of the very slow constitutional crisis that’s been going on for a long time within our system of government. Our system is a wonderful antique that has a very hard time delivering in the current age. And by delivering I mean that our system in recent years has had a hard time offering voters a chance to choose a government and then have that government carry out its program, and then allow the voters to judge that program accordingly.

The micro part of it I don’t think has all that much to do with Trump’s so-called issue positions — deporting undocumented immigrants and not letting Muslims in and so forth. I think it has more to do with the infantilizing of the public.

There’s a significant portion of the public that is in such despair and confusion that they want to turn it over to a daddy. What Trump has said over and over again is: “I’ll take care of it. It’ll be great. We’re gonna win so much you’ll get sick of winning. I’ll get rid of Obamacare and replace it with something even better.” The details would only confuse people. And there are no details anyway. And It doesn’t matter.

That’s part of it. Another part is that this is similar to something that’s been happening in many other countries with emergence of right-wing nationalist parties. To the extent that there is an ideology behind the Trump version, it’s basically white nationalism.

The people don’t think of themselves as white nationalists particularly. They just want someone to take care of them. But there is something about turning it all over to a strong leader that attracts a certain portion of every country.

Over and again, Trump has dominated and humiliated the other candidates, which comes across to some as strength and energy. He does it by directly attacking them and by saying things that the other candidate could never say. Their whole upbringing and experience and training has taught them not to say those things because if they said those same things it would destroy their political viability.

But when Trump says them, it strengthens his [viability]. Up to a point. Up to the point that he might be able to get himself nominated with the support of a plurality of the Republican Party. But I would be surprised — not to say shocked and horrified — if he was elected president of the United States.

This is me interrupting to explain, in case you’ve lost track of RCV, it’s the system now in use in municipal elections in Minneapolis and St. Paul that allows voters to express a second or third choice and ultimately requires a winner to have a majority of all ballots cast. Hertzberg’s point is that Trump is hardly anyone’s second choice, so eventually the non-Trump majority of Republican voters would gather behind one of the other candidates. But if Trump wins enough primaries with 30-40 percent of the vote,in the absence of the RCV mechanism, he could plausibly become the Republican nominee. Now back to Hertzberg talking:

But it’s confusing because there are two majorities in the Republican Party right now. There’s a non-Trump majority. And then there’s a kind of an extremist majority that consists of Trump supporters plus [Ted] Cruz supporters. The two are not identical.

This whole dilemma the Republican party finds itself in is certainly self-inflicted. It starts with the flirtation with nihilism that the Republicans engaged in pretty much since the beginning of the Obama administration, and perhaps going back to the Clinton administration.

Back in the Clinton years, when Hillary Clinton came up with the HillaryCare plan, old-fashioned Republicans like Bob Dole would have worked out some kind of a compromise with the Democrats and the Clintons to reduce the uninsured. But then Bill Kristol wrote a famous strategy memo that said: “No compromise.  Deny them any accomplishments because if they accomplish anything, Clinton will reap the political benefits…”

Me again. In case it isn’t clear, Hertzberg is linking back to the macro point above. Our government structure can’t do much without bipartisan compromise. If one party decides to abjure compromise because it is determined to deny the other party anything that might be taken as an accomplishment, the system doesn’t produce results on which the electorate can rely in deciding whether to re-elect or not. The Kristol memo to which Hertzberg alludes flows into things like the Tea Party movement and the various threats to shut down the government or refuse to raise the debt ceiling, and even the refusal to consider a U.S. Supreme Court nominee. Which brings us back to the current moment. Now back to Hertzberg, after I asked him to explain what he meant above about “infantilization”:

There is a new conventional wisdom afoot that this [infantilization] is a phenomenon made possible at least in part by reality television and social media. The disappearance of neutral national voices represented by the old mainstream newspapers and the three half-hour evening news program. That was replaced with 24/7 cable news. And talk radio.

Enormous numbers of people spend two or three hours a day in their cars listening to right-wing talk radio, listening to Rush Limbaugh or Michael Savage or Mark Levin or the local versions of that. That eventually has an effect.

There is no equivalent of that on the other side of the political spectrum. The left equivalent would be NPR, which is a very different experience from talk radio. There have been some attempts to produce some sort of liberal equivalent of Rush Limbaugh, but none of them have been particularly successful. Air America didn’t work because liberals just don’t find it very entertaining to listen to someone demonizing conservatives hour after hour. They prefer classical music or features about the world. They find that more entertaining. But people on the right do find talk radio entertaining. It is entertainment, but if you listen to enough of it, it becomes convincing and it changes the way people think…

They’re attracted to the abuse, rather than the prescriptions. They’re listening to something that’s like verbal professional wrestling except that the host [of the radio program] always wins. The host slams down the “lib-tards” and the “Obamanoids” and the “politically correct robots.” That’s what’s fun and entertaining and creates a taste for a candidacy like Trump’s, which Trump understood.

This is what so surprised the Republican establishment — where a lot of people thought talk radio was creating a reserve army of ideological conservatives who favor things like cutting taxes for the wealthy and cutting what they call “entitlements,” in other words social-insurance programs like Social Security. But it turns out that is not what it created.

The Republican establishment keeps yelling that Trump is not a real conservative. He doesn’t stress the free-market, low-taxes, cut-social-spending verities of conservatism.

But they don’t seem to understand that the appeal of Trump for many people is not so much what he’s saying. It’s the manner. It’s the domineering, aggressive, strong vibe. He makes the other candidates look like — as he might put it — pussies.

Harking back to his statement above, which seemed to predict that Trump could win the nomination but not the general election, I asked what he thought the chances were that Trump could become president. He replied:

The chances are not zero. Not an odds-on chance. Not an even chance. But there’s certainly a chance. At least as much chance as the chance that you could spend a weekend gambling in one of Mr. Trump’s casinos and come out a winner. The odds are against you, but it certainly happens.

He’ll position himself much closer to the center. If the Democratic nominee is Hillary Clinton, I doubt that the alpha male approach would work as well as it does against members of the male gender. Something like that would probably backfire, although he seemed to use misogyny to some effect against Carly Fiorina when he asked whether people could stand to look at her face for four years.

Hertzberg acknowledged that predicting the course of the Trump candidacy has “shaken up the smugness of professional watchers.”

Back to RCV for a moment. Hertzberg is a strong proponent. He is on the board of the national FairVote organization. He says it “makes sure that the winner of a public office is at least grudgingly acceptable to a majority” of the voters, or to reverse the spin, in an election in which no single candidate is the first choice of a majority of the voters, it “protects against the election of someone who’s actively and passionately disliked by a majority.”

If you’re interested in hearing Hertzberg on Thursday, when he will talk about 2016 campaign and also about electoral reform, this link will get you the details of the event.