For the historically minded, as we approach the possibility of a brokered/contested Republican convention, it might be fun or interesting to contemplate the last time it took the Repubs more than one ballot to nominate their candidate for president.

It was 1948. I don’t know if that sounds like truly ancient history, but in many ways it represents a completely different age in how these things were decided. For a history freak like me, it’s fun to contemplate how much has changed.

In 1948, most states didn’t even have primaries, and even fewer were serious contests. Only 12 (of the then 48) states even held primaries on the Repub side. The rest of the states had internal party methods of appointing a delegation. In most cases the delegates were not legally bound to anyone actually seeking the nomination and would follow the lead of the party boss who led the delegation. In the few states that had primaries, most were uncontested. In three Republican primary states that year, 100 percent of the vote went to what the history books call a slate of “unpledged delegates at large.”

In two other states, South Dakota and California, only one name was on the ballot and received 100 percent of the vote. In South Dakota that person was an obscure, elderly former senator named Herbert Hitchcock, who wasn’t seeking the nomination but was just a “favorite son” candidate who would enable the delegates to follow their leadership’s lead at the convention.

In the case of California, the favorite son who received 100 percent of the vote was Gov. Earl Warren (yes, that Earl Warren), who actually was really not a very serious presidential candidate but who did end up on the ticket as the vice presidential candidate. Yes, that Earl Warren, later chief justice of the United States, was a practicing politician, a governor and came reasonably close to becoming vice president in 1948. People with political backgrounds often used to be chosen for Supreme Court positions, but that practice has essentially disappeared. 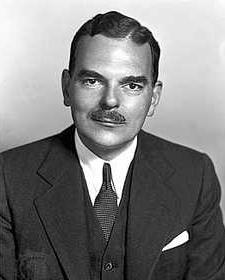 The three men who were the most serious 1948 presidential candidates were New York Gov. Thomas Dewey, who had been the losing Republican nominee in 1944 when Franklin Roosevelt won his fourth term; Ohio Sen. Robert Taft, who did not compete in any primaries except in his home state of Ohio; and Minnesota’s brilliant young Gov. Harold Stassen. (Yes, before he became a laughingstock because he kept running for offices he had no chance of winning, Stassen was a leader of the progressive wing of the Republican Party, back when that party had such a wing, and Stassen was a serious presidential aspirant.)

Stassen’s campaign was one of the early serious efforts in U.S. history to try to get a presidential nomination by entering a lot of primaries (and by “a lot” in the context of 1948, I mean six or seven primaries) to demonstrate that he was the people’s choice. Winning primaries was not yet a serious tool for amassing delegates, but had emerged as a tool for impressing the party establishment by demonstrating popularity. 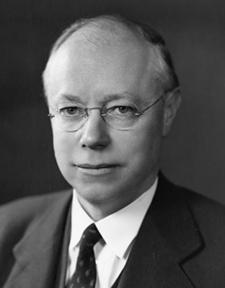 Stassen won more primaries than anyone else that year (four!) and by many accounts had actually surpassed Dewey as the frontrunner for the nomination. (Minnesota, by the way, had no primary.)

Dewey, who had not seriously campaigned in many primary contests, decided to confront Stassen in the Oregon primary late in the primary season in hopes of regaining momentum heading into the convention. That made it one of the first really consequential primaries. Dewey and Stassen even debated on the eve of the primary on a national radio hookup, the first time anything like that had ever happened.

Believe it or not, the debate covered just one issue: Should it be legal in the United States to belong to the Communist Party or should the Communist Party be banned. Stassen — definitely considered the liberal in the contest — favored outlawing the CPUSA. Dewey, the relative conservative in the race and, of course, an anti-Communist, nonetheless opposed banning the party because, as he said to the national radio audience, “you can’t shoot an idea with a gun,” a signal early moment in demonstrating the value of a catchy soundbite in a debate. (The CPUSA, by the way, does still exist, although their poll numbers are not good.)

Dewey was deemed to have won the debate and he won the Oregon primary narrowly, by 52-48 percent (one of only two primaries he won that year), and seemed to break Stassen’s momentum. At the convention in Philadelphia a month later, it took Dewey three ballots to clinch the nomination. Taft (who had not run in any primaries outside his home state) was second and Stassen was third on both of the first two ballots, with Dewey gaining ground. After the second ballot, Dewey  was so close to a majority of the delegates that everyone withdrew and made it unanimous by acclamation on the third. 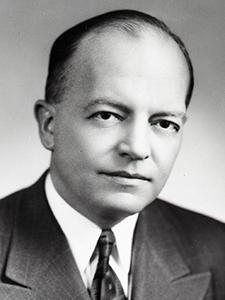 As you probably know, Dewey lost to the Democratic incumbent Harry S Truman in November in an election that is famous for the greatest failure in presidential polling history. Polling was fairly new then. The pollsters hadn’t figured out how much things could change and had stopped polling days before the election. The Chicago Tribune famously put out an early edition featuring the banner headline “Dewey Defeats Truman.” The edition went to press before the vote counts were even in from the East Coast. In fact, it wasn’t really close. Truman beat Dewey by more than 4.5 percentage points in the popular vote and a whopping 303-189 in the electoral vote.

So that was the last time the Republicans went past the first ballot. The last time for the Dems was 1952, when they nominated Gov. Adlai Stevenson of Illinois, on the fourth ballot, although in Stevenson’s case, he trailed on the first two. But we’ll leave that for another day, or another year.

Recalling the last GOP convention that went beyond one ballot