In a forum at the University of Minnesota Monday, Stanford professor Larry Diamond and Republican heavyweight Vin Weber made a strong, interesting case for changes to the rules for presidential debates that would make it easier, and perhaps automatic, to expand the cast to at least three candidates in the fall debates.

The current Republican-Democratic duopoly is “embarrassingly undemocratic,” Diamond said, and the fact that the commission that runs the debates is dominated by representatives of the two parties, who have no real interest in expanding the choices presented to the public, “doesn’t pass the smell test” and is “not defensible.”

More voters now identify themselves as independents than as Democrats or Republicans, Weber said. If the two current frontrunners, Hillary Clinton and Donald Trump, are the major-party nominees, the debate between them would feature two candidates who have higher unfavorable than favorable ratings, he noted. If the only two candidates on the debate stage are Clinton and Trump, a lot of Americans will be wondering why they can’t have other choices, he said.

To be clear, we’re talking about the general-election debates that occur in the fall, not the primary-season debates that, especially on the Republican side this cycle, have been confusing mob scenes.

But the general-election debates, which started with Kennedy and Nixon in 1960, then disappeared until 1976, have only once featured a candidate other than the Republican and Democratic nominee. That was Ross Perot during the 1992 cycle.

The current practice of the commission that runs the debates has been to allow in a third candidate who has polled at 15 percent or better in five recent polls in the period just before the debates. Diamond noted that the choice of the five polls is up to the commissioners, whose motives he doesn’t trust. Diamond also mentioned that the 15 percent rule hadn’t been adopted in 1992, and if it had, Perot would not have qualified to be in the debate. 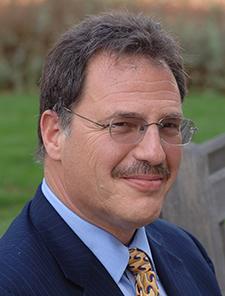 Weber didn’t express a firm position on how to expand the cast. The forum’s moderator, Larry Jacobs of the Center for the Study of Politics and Government at the University’s Humphrey School, suggested in the form of a question that just lowering the poll threshold to under 15 percent might be the simplest way to expand the debate cast.

The only way to break the cycle, Diamond argued, is to guarantee that a third candidate from outside the two major parties will be included in the debates. How to anoint such a candidate from among the minor parties or independent candidacies? Diamond expressed ideas, which I assume need more fleshing out, to organize a nationwide, online caucus to choose the third debater.

By the way, Weber — who is a substantial figure in the national Republican establishment — may have made a little news in the Trump-against-the-Republican-Establishment saga. Just last week, MinnPost Washington Correspondent Sam Brodey rounded up views of prominent Republicans about whether they would support Trump if he wins the nomination. Weber told Brodey: “I’m not trying to hedge, I genuinely mean the answer [to the question of whether he’d support Trump if nominee] is, I don’t know. It’d be very difficult to vote for someone who believes what he believes and says what he says.” 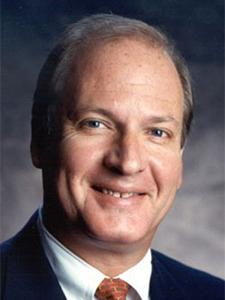 On Monday, sending a clearer signal, Weber said: “I don’t know how I can vote for Donald Trump.” He also said: “As a Republican, every morning I think about every morning how we can not have Donald Trump as our nominee.” He gave a noncommittal endorsement to Ohio Gov. John Kasich as perhaps his favorite of the Republican candidates remaining in the field. Weber previously supported Jeb Bush.

Weber also pushed back against the term “brokered convention” to describe what will happen if Trump comes into the convention with the most delegates but not a majority. If that happens, he said, the rules and the agreed-upon process provide for the delegates to continue balloting until someone gets a majority. And he suggested that, in such a scenario, if Trump doesn’t win the nomination, that would not be any kind of backroom, corrupt outcome as is connoted by the term “brokered convention.”

And, he added, if that does happen, and if Trump decides to launch an independent candidacy, that likely means that Clinton will become president. But, he added, it might help the Republicans hang onto their majorities in Congress because people who came out to vote for Trump and those who voted for the non-Trump Republican nominee would probably vote for Republican nominees for the U.S. House and Senate.

Why we need more than two candidates at presidential debates