While horse race coverage of the race for the Republican presidential nomination remains stuck in a vortex of unknowability for now, I remain fairly obsessed with the mystery of Trumpism’s rise and endurance. I keep trying to understand it. Alert readers like you are probably aware of efforts to explain this phenomenon with reference to the appeal of “authoritarianism,” not just as a characteristic of Donald Trump’s strongman shtick but more as a characteristic of his most enthusiastic followers.

I need to acknowledge that a lot of people have noticed this trend. One of the early breakthrough pieces seems to have been this one in Vox, which found that measures of authoritarianism was one of the strongest predictors of whether an individual would be a Trump supporter.

I’ve been reluctant to go down this path because, to me, the A-word is a short hop away from references to Hitler and/or Mussolini. And I’ve subscribed to Godwin’s Law, which holds that invoking any analogy between someone and Hitler tends to shut down further rational conversation. So I’m explicitly not saying that Trump is like Hitler nor that his supporters are like Nazis.

For starters, Lavine agreed that understanding authoritarianism must be part of understanding Trump’s appeal. When you have voters who describe themselves as Evangelicals, but who prefer the non-Evangelical Trump over Evangelical candidates like Mike Huckabee, Rick Santorum and most relevantly Ted Cruz  (who was deemed to be the hot candidate this year for Evangelical voters), you have to ask yourself what is the underlying appeal of Trump to these voters. “It has to be the authoritarianism,” Lavine said. Here’s how he defines the term:

“Authoritarianism is essentially a personality trait, partially heritable, that describes a basic way by which people differ from one another,” Lavine said. The substance of this trait “revolves around one’s propensity and ability to comfortably deal with differences and diversity of people, of ideas and of behaviors. Authoritarian voters are low in this ability….”

A related aspect is the importance placed on obedience to authority and the attraction that some people feel to strong authority figures, he said. “Authoritarians are high in that trait,” he said. “They tend to value obedience to legitimate authorities, which is one of the reasons that it’s called authoritarianism…

This set of personality traits isn’t always about politics, Lavine said, but it becomes more political “when the local environment reflects diversity” in a way that they find threatening to their status. And when they feel that kind of threat, “people with authoritarian personalities become more and more intolerant.”

On the other hand, people who score low on the scale of authoritarianism have the opposite reaction, Lavine said. They are naturally more tolerant of differences and in times of change can become still more tolerant. So in times like that you can get a political polarization — between authoritarian and non-authoritarians — over the issues that are bringing the change.

Now think about some of the changes going on in the country in the period leading up to the rise of Trump. Quoting from Lavine:

“So, immigrants are ethnically different. Authoritarians view immigrants as threatening. They certainly view Muslims as threatening. Gay rights are threatening. And President Obama himself is a very potent symbol of the rise of diversity. So you have a country that is becoming less white, by about 2 percentage points every election cycle. You have a black president. We’ve recently had two African-American secretaries of state, two African-American attorneys general, so that’s a piece of it.

“Certainly for the past several decades, the country has evolved toward a norm of racial egalitarianism, a norm that was for a very long time one of racial inegalitarianism. And so racial communications shifted from being explicitly to implicitly racial.”

So that takes us to what we might call the “political correctness” piece of it.

You have a group of white working-class males, which is the demographic from which Trump draws the core of his support. They are uncomfortable with the rising racial diversity of the population. They not only have a black president, many of them — some polls suggest a majority of white working-class males — believe that President Obama is a secret Muslim and that he isn’t qualified to be president because he wasn’t born in this country. And Lavine went out of his way to add that they aren’t making that up — they have heard it on conservative talk radio, which is a source they trust. But they are all the same being scolded for even wanting to talk about it. 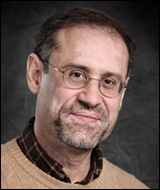 Several sources of self-esteem have seemingly been taken away from them. They used to derive pride from being white and male and straight and believing that these traits made them members of the “in” group in American society.

Then, as if some sort of meeting was held to which they weren’t invited, a new set of rules and norms were adopted that stood a whole lot of things on their heads. Said Lavine:

“For most of their lives, it was these out groups, like gays for instance, who were asking for special rights, like the right to marry someone of their own gender. And now it’s all been stood on its head and this group, that was the majority, is now being told that they have to change how they think. And they are reduced to asking for special rights, for example the right to continue discriminating against gay people.

“The white working class, and this was true previously of Evangelicals, shares a resentment over the feeling that they have become the ‘out’ group. We used to be the ‘in’ group. Now we’re the ‘out’ group. It used to be OK to be against gays. Now everybody likes gays. But we don’t. Now it’s not OK to not like gays. ‘We are a minority group that’s being discriminated against by the mainstream.’ They see themselves as like the new African-Americans.”

There’s also an economic component to Trump’s appeal that is not about authoritarianism, Lavine said:

“All of a sudden here comes a candidate who is telling them it’s OK to have those attitudes. Those things are based on real changes that are happening and that aren’t good for you. It’s kind of a perfect storm, isn’t it?”

Until fairly recently the white working class was divided roughly evenly between Democrats and Republicans. But recently this demographic has shifted more and more to voting Republican. But what have they gotten out of it? Not much, Lavine said:

“At the same time that Republicans are relying more and more heavily on white working-class voters, you have, for example, Paul Ryan, who is the leading policy intellectual of the Republican establishment who wants to privatize Social Security and turn Medicare into a voucher program.

“The message the party is giving them [is] that we’re going to deregulate markets. We’re going to privatize entitlement programs. We’re going to let the Koch brothers put more waste into your environment. And what are they offering to help the working class? ‘We’ll take a hard line against abortion and we’ll let you keep your guns.’

“Part of Trump’s appeal to them is that he represents a very different orientation on economics from what the Republican Party has been offering, and in ways that would help working-class Republicans with their economic problems. He wants to maintain or even increase popular entitlements like Social Security and Medicare.

“And it’s not irrational to believe that unskilled immigrants are driving down working-class wages. These are actual economic reasons for working-class voters to be drawn to Trump. And they coincide with more authoritarian-based reasons which have more to do with culture.

I must confess that Trump’s slogan “Make America Great Again” leaves me cold. The things that I feel make America great haven’t gone away. But Lavine pointed out another element of the authoritarian mind-set that helped me understand why some people respond to Trump.

“This whole idea of ‘making America great again,’ those four words that constitute the essence of Trump’s platform, they connect with working-class people with an authoritarian tendency in a very direct way. The working class is much more patriotic. Their feelings of self-worth are much more tied up in how the country is doing than is the case among upper middle-class people, who have a feeling that they are already winning on an individual basis.

“Trump says: ‘We’re losing to everybody. I’m going to make us win again.’ This connects with people who feel that America is constrained with respect to trade. We’re constrained with respect to the military. We couldn’t win in the Middle East. We can’t win with China. China is rising [and] working people feel that the Chinese took their jobs. So that is another policy strain where Trump represents, better than the other Republican candidates, the policy preferences of the white working class.”