Jeannette Rankin’s birthday isn’t until Saturday, and having been born on June 11 of 1880, she won’t be around to celebrate it. But Hillary Clinton gave Rankin, the first woman elected to Congress, a slightly premature birthday present by declaring herself (herself being Clinton, not Rankin) the first woman ever to be the presidential nominee of a major U.S. political party.

The Clintonian declaration was slightly hedged, because of the Bernie Sanders problem. More on that below.

A few years ago, I launched a minor MinnPost/Black-Ink-only campaign (although I invite others to join) to make Rankin more famous than she is by writing about her every year on her birthday. But this year, I’m jumping the gun by a few days to link Rankin to Clinton’s achievement. I regret that Clinton couldn’t have saved her achievement until Saturday, and wish she had mentioned Rankin Tuesday night. But it will be forgiven. Maybe it was because Rankin was a Republican, but I doubt it.

Rankin should surely be an icon of feminism (and I don’t think she gets the attention she deserves among feminists) but even more so among pacifists, a group that has not expanded nearly as much as feminism since Rankin’s day.

I’ve written this before (and I won’t repeat the blow-by-blow today; follow this link for a longer version), but Rankin happened to win her historic first term in the U.S. House from Montana just in time to cast one of the few votes against U.S. entry into World War I in 1917. (The overall House vote was 373-50. Let the record show that after the war, the decision to intervene was much less popular than that vote suggests.) In Rankin’s case — a Helena newspaper called her a “crying schoolgirl” — the vote cost her reelection 1918.

She spent the next two decades out of office, lecturing on pacifism, advocating for children’s welfare, for consumer protection, for a ban on child labor and for the first federal social-welfare program created explicitly for women and children.

But in 1940, with the United States torn over whether to get into the next world war, Rankin, then 60, made a political comeback and won a second term in the U.S. House. (Several other women had been elected in the interim, so Rankin was not both the first and second woman elected to the House.)

If you’re paying attention to the dates, you should know that Rankin had returned just in time to vote on President Roosevelt’s request for a declaration of war against Japan after the 1941 attack on Pearl Harbor. This one passed 388-1. And the one was Rankin, who believed that war is never the best alternative. As I did last year on her birthday, I’ll just lift a paragraph from the Wikipedia biography of Rankin to describe what happened next: 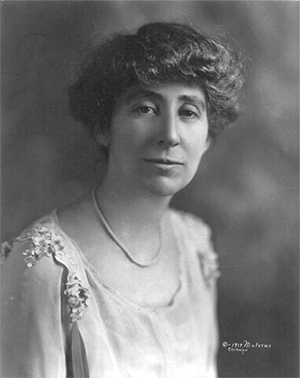 “After the vote an angry mob followed her as she left the Capitol building, and she was forced to take refuge in a telephone booth until U.S. Capitol Police could rescue her. Two days later a similar war declaration against Germany and Italy came to vote; Rankin abstained. Her political career effectively over, she retired in 1942 rather than face a near-certain re-election defeat.”

Rankin never ran for office again, but she stayed true to her beliefs. In the 1960s, a group of female anti-Vietnam War protesters named themselves the Jeanette Rankin Brigade, only to discover that their heroine was still kicking, a spry 87, fully compos mentis, and more than able to come to Washington and lead them on a march against the Vietnam War.

I’ll also recycle the last paragraph of the 2015 version of this series:

“Rankin died in 1973, shortly before her 93rd birthday. Her New York Times obit said that until her final illness, ‘her only concession to age was a cane and a slight weariness at seeing the ideas she had advocated for seven decades treated as if they were still radically new.’

Hillary Clinton is no pacifist. In fact, she is excessively hawkish, according to me. But they are both women who achieved major firsts in U.S. political history.

Even before it was clear that she had won California (which she eventually did), Clinton gave a well-written and well-delivered statement Tuesday night at her Brooklyn campaign headquarters. She paid tribute to her own mother, took several well-aimed shots at Donald Trump (“temperamentally unfit to be president”) and even slyly blended the two together, saying that her mother “taught never to back down to a bully, and it turns out that was a very important lesson.”

She said that Trump’s slogan “Make America Great Again” is really code for “let’s take America backwards. Back to a time when opportunity and dignity were reserved for some not all.”

She said that “when Donald Trump says a distinguished judge born in Indiana can’t do his job because of his Mexican heritage or he mocks a reporter with disabilities or calls women pigs, it goes against everything we stand for. Because we want an America where everyone is treated with respect and where their work is valued. Donald Trump attacked the press for asking tough questions, denigrated Muslims and immigrants. He wants to win by stoking fear and rubbing salt in wounds. And reminding us daily just how great he is…”

Trump, by the way, also faced the cameras to celebrate his several wins Tuesday night, although he won primaries against opponents who have already dropped out. His uncharacteristically dignified remarks seemed aimed to head off a fresh rebellion against him by top Republicans who, after recently trying to close ranks around him, have been horrified by his racist statements that a judge should be removed from a lawsuit against him because the judge is a “Mexican” (actually, he’s a U.S.-born citizen of Mexican descent).

As Clinton did to him, Trump took serious personal shots at Clinton, accusing her of several forms of corruption, and teased a speech he will give next week in which he promised sensational revelations about corruption by Hillary and Bill Clinton. Ironically, after recently mocking Clinton for using a teleprompter to deliver a recent speech attacking Trump’s fitness to be president Trump, read his remarks off a teleprompter.

Finally, the Bernie Sanders deal. Sanders had a bad primary night, losing South Dakota, which he was expected to win, and getting crushed in California, where he had hoped to pull an upset. Clinton has clinched a majority of the pledged delegates, which she explicitly referenced in her remarks Tuesday night. She has long held a solid lead among the superdelegates and there is no evidence of superdelegate movement away from her and toward Sanders. Barring something almost unimaginable, she will be the nominee. 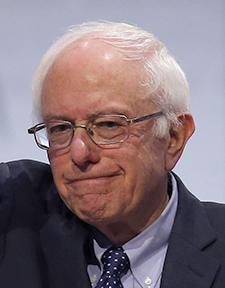 Clinton spoke kindly of Sanders. The White House revealed that President Obama will meet with Sanders next week. The TV pundits didn’t know whether a deal had been struck for Sanders to concede.

Sanders did not appear in public until after midnight. But when he did appear, he gave a strong, clear, very familiar recitation of his beliefs about what’s wrong with the current political and economic situation, and a general but very familiar set of prescriptions for how to change the country and the economy. He pledged a renewed commitment to the “political revolution” that he has always promised and advocated.  He waited until the end of his remarks to affirm that he will indeed compete in the District of Columbia primary next Tuesday. He said nothing about withdrawing. He did not congratulate Clinton on her historic, Rankin-like achievement.

What is this about? As a technical matter, Sanders and his surrogates have been noting for several days the convention will be “contested” because Clinton will not have enough pledged delegates to guarantee her the nomination and that superdelegates are allowed to change their minds. Some Republicans and at least one Sanders supporters (Cenk Uygur of “The Young Turks”) have argued that Clinton might get indicted for her email problem, leaving the Democrats to turn to Bernie.

Well, it’s a theory that can’t be disproven at the moment and may be the reason Bernie will stay in the race for at least one more week. And since he may have significant influence over whether his supporters eventually agree to support Clinton, it’s at least one reason why Clinton still treats him with public respect and may even have soft-pedaled her historic achievement.