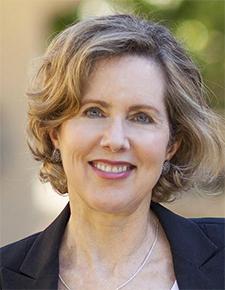 Conservative scholar Heather Mac Donald believes that the Black Lives Matter (BLM) “narrative” describing the police is detrimental to law-abiding African-Americans and based on misleading statistics that exaggerate the role of racism in policing. She laid out that view last week to a luncheon of the Center of the American Experiment, based on facts and arguments developed in her new book, “The War on Cops.”

If you live in a liberal bubble, Mac Donald’s facts and arguments might seem to be coming from the moon. Actually she has been making this argument — using the “war on cops” rhetoric, and updating the facts that she uses to support it — since before Black Lives Matter came into existence. Her 2003 book, “Are Cops Racist?” was subtitled “How the War Against the Police Harms Black Americans.” A large portion of the audience for her Minneapolis talk were police, and she is something of a hero to them. If you were a cop who didn’t consider yourself a racist, you would understand that.

I’m a liberal who tries to break out of the bubble on occasion, which is why I appreciate hearing many of the smart righties to whose views the CAE gives a platform. In a better, more open, honest, truth-seeking world, which seems to slipping further away all the time (see Trump, Donald, death of facticity), we would all go out of our way to expose ourselves, as open-mindedly as we can, to arguments with which we might disagree, and try to treat them with respect nonetheless.

Mac Donald herself isn’t arguing that there are no bad or racist cops, although those cops are not very evident in her “narrative.” I put the word “narrative” in quotes, in this sentence and above, because Mac Donald’s argument is very explicitly meant to rebut what she called the “narrative” of BLM and their “media enablers” (her words). That narrative is that there is an “epidemic of racially-biased police shootings of young black men” of such virulence that “the police are the greatest threat to young black men today.”

If you accept that frame, Mac Donald’s task is greatly simplified. She doesn’t have to argue that there are no racist cops, only that many cops are not racist and that some of the shootings were justified. She doesn’t have to argue that race played no role in the shoot-or-don’t-shoot decisions made in these cases, only that the cops in many of the cases, taking everything into account, believed that the overall circumstances indicated that they were in situations where the shooting was reasonably necessary to save their own or their partners’ lives or the lives of others.

Mac Donald also scores the intellectual honesty points of acknowledging that her “narrative” doesn’t cover all the cases, and that there are some in which the fatal cop shootings of young black men cannot be justified. (I had a chance to ask Mac Donald one question after her talk, so I asked her to comment on the two recent local high-profile police killings of young black men. She said she understood that the evidence indicated that Jamar Clark was trying to get control of an officer’s gun when the officer’s partner shot and killed Clark. The officers in that case were not charged. In the case of Philando Castile, she said she understood that Castile was not pulling out the gun that he possessed. The officer in that case has been charged with manslaughter. She made no comment on the possible role of race in either case.

But back to the “narrative” for a moment. Mac Donald argues that there is lots of good evidence against the BLM narrative, and lots of cases that don’t fit it. For example, she said that there were almost twice as many whites as blacks killed by police officers last year. But police killings of whites don’t get nearly the attention because, she said, they don’t fit the BLM “narrative” that shape the media’s and the nation’s thinking on police shootings.

“When we’re talking about police activity, the relevant benchmark is crime, not population,” Mac Donald said. “Policing today is data driven. Police go where people are being victimized and that means, unfortunately, police spend more time in black neighborhoods” where the crime rate is highest.

In Chicago, Mac Donald said, where blacks are about a third of the total population, 80 percent of the homicides are committed by blacks, compared to one percent by whites.

I googled for a minute to see if that checked out, and it didn’t. But the numbers I found were from a different year and the difference was small. In 2011, the last full year for which I could find the statistics, of 128 homicides in Chicago broken down by race, blacks represented by far the most killed (75 percent of all victims compared to 5 percent for whites) and the vast majority of killers (71 percent of those convicted for homicide to 4 percent for whites.)

The reasons for this are surely rooted in history, economics, sociology and some other social sciences you can name. And it doesn’t exactly prove everything Mac Donald might like it to prove, but it does demonstrate that a lot more African-Americans are being killed by other African-Americans than by white cops.

Does this demonstrate anything fundamental about the questions that divide Mac Donald and the Black Lives Matter “narrative”? Not really. If we’re talking about whether there is some racialized thinking that leads to some officers being more likely to pull the trigger if the target is black, it doesn’t change things much if we bring in numbers, by race, of who is killing and getting killed when no police officer is involved.

In her presentation, Mac Donald did not bring up the issue of whether the race of a driver is a factor in whether or not they get pulled over by police. Some of the tragedies in the larger pattern (including the Philando Castile case) start with an officer pulling over a black driver, often for reasons that seem small or nonexistent, leading to the impression that they are being accused of “driving while black.” But she was asked about it during the Q and A, and her answer was unconvincing and relatively incoherent.

Personally, I have friends who are totally convinced that they get pulled over much more often than white friends do, and with no more cause. U.S. Sen. Tim Scott of South Carolina, one of only two black Republicans elected to the Senate since Reconstruction, gave compelling testimony on the Senate floor just this past summer about how he had been pulled over by police seven times in the past year, never because of anything illegal he was doing. (I wrote about it at the time and video of his Senate floor remarks is accessible here.) Personally, I’ve never been pulled over when I was doing nothing wrong, and I’ve been driving longer than Sen. Scott.