At 10:12 p.m. on Election Night last November University of Wisconsin political scientist Katherine J. Cramer started getting emails from New York Times political reporters, she told an audience at the University of Minnesota on Monday. The emails said things like: “We think we missed something [in their campaign coverage.] Can we talk to you?”

The Times, like most of the punditocracy, was caught off guard by the election results, especially in the three states – Wisconsin, Michigan and Pennsylvania – that the smart set had taken to describing as “the blue wall” that would block Donald Trump from winning the Electoral College.

They were wrong, and the rest is history or tragedy or farce (we’ll eventually find out which). Wisconsin, which had been carried by the Democratic ticket in the previous seven presidential elections, had gone red. Trump knocked down the wall, and won the presidency, with lopsided margins in rural areas of Wisconsin and many other states.

Somehow, (in case you hadn’t heard) Trump, a foul-mouthed lawsuit-happy New York billionaire who has little knowledge of rural areas, won the election by carrying 62 percent of the votes in small towns and rural areas, while Hillary Clinton dominated in urban areas. Understanding the attraction of rural Americans to Trump is vital to understanding what happened last November.

A few months before she started getting those New York Times emails, Kramer had published a book called “The Politics of Resentment, Rural Consciousness in Wisconsin and the rise of Scott Walker.” The book studied the anger of rural Wisconsinites against the liberal establishment. Her book was about Wisconsin, our neighbor to the east and a state that has often seemed a lot like Minnesota, including in its progressive political traditions.

“Politics of Resentment” wasn’t about Trump. It focused on the rise of the small-government, anti-union conservative Wisconsin politician Scott Walker who, in 2010 surprised the world by winning the governorship of the Badger State, and then by surviving an attempt to remove him by recall election.

Walker’s rise had benefited from the resentment rural Wisconsin voters felt toward the big cities of Madison and Milwaukee, which they felt dominated state politics and took far more than their share of the spoils of government. They had responded by punishing the liberal elite and electing Walker governor.

As the New York Times suddenly realized on Election Night, rural resentment against the urban elite might explain more than Wisconsin electing Scott Walker in 2012, and might be happening in a lot more places and might, somehow, have been harnessed by the aforementioned foul-mouthed billionaire who had connected with the resentment of rural voters. 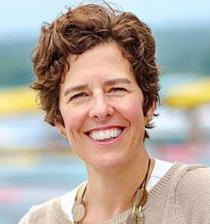 Cramer, whose specialty is called “political understanding,” had started in 2007 – when the idea of Donald Trump as president was not on the radar screen — going to places around rural Wisconsin where people gather to talk.

She would insinuate herself into these gatherings and try to get people talking about politics. And she was still doing it in 2012 when her book, based on those conversations, told of rural Badger Staters who felt mistreated, overlooked, disrespected and condescended to by the liberal Democrats in the big cities.

The book came out in early 2016, a year in which Walker himself sought the Republican presidential nomination, which may have given “The Politics of Resentment” a certain cachet while Walker was in the race and was briefly thought of as possible serious contender for the GOP nomination. Then Trump happened, and blew Walker and a jillion other GOP wannabes out of the nomination battle. But the idea of a rural “politics of resentment” was bigger than ever.

Cramer’s book and her talk yesterday said that rural Wisconsinites felt that the city dwellers and the government that they dominate do not give rural people “the attention, the resources or the respect” that they deserve, and that rural areas get less than their fair share of government help, and that poverty and various social ills are worse in rural areas than in metro areas.

There is an element of race in the resentment. Trump’s campaign themes about building a wall to keep out undocumented Latin immigrants, about big cities becoming war zones for gangs, his promise to “drain the swamp,” all connected with the grievances white rural voters felt. The slogan “Make America Great Again” tapped into rural voters’ nostalgia for a happier past, when they felt more secure and prosperous and respected.

Cramer, under questioning from Larry Jacobs of the U of M’s Center for the Study of Politics and Government, later said that these beliefs are not founded on facts (there’s plenty of poverty and social ills in metro areas), but she said the belief is deeply felt and those feelings feed the political resentment.

The reality, she said, is that a small slice of wealthy and well-connected Americans are best able to get the government to attend to their wants and needs. The poor and powerless in both the rural and urban areas are grossly neglected by comparison. But the rural voters she studied are convinced that the maldistribution of government attention and aid favors the urban areas in general as against the rural areas in general. The rural people she talked to feel they are losing ground, Cramer said. They feel that whoever is in charge doesn’t know them or respect them or care about their challenges.

Cramer’s conversation in rural Wisconsin also led her to reject the idea that these rural Republicans are voting primarily on social issues, like gay rights or abortion. In her conversations with them, the rural folks were always emphasizing economic issues, like jobs and infrastructure.

Jacobs also asked her whether Trump and Republicans more generally will be punished by these voters if economic conditions don’t improve in rural areas. She said no. It’s a mistake to focus on policy positions or even achievements in office, she said.

“Trump will be judged primarily on identity, not on the number of jobs he creates, because I think it’s primarily the identity stuff that got him elected,” she said. “When I’m asking people what are you hopeful about? What kind of results do you expect to see? The answer I get is ‘ Well, nothing’s going to change around here, but at least [Trump]’s gonna stop giving all that money to people who don’t deserve it.”

Although Cramer was cautious on this topic, and said her conclusion are preliminary, I take it that by “identity,” she meant racial and ethnic identity, and perhaps another kind of identity that separates rural and urbans folks generally.

This “identity” piece is so large and central to politics, she said, that it’s a mistake for political observers to believe that politicians will be judged according to the issue positions they take while campaigning, or the results they deliver in office.