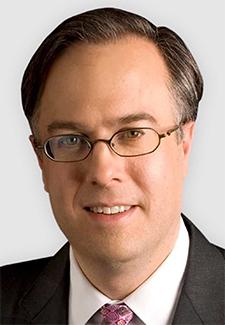 The conservative mind has become diseased.

That’s a pretty strong statement, and I wouldn’t expect anyone with conservative inclinations to take my word for it. But those aren’t my words. It’s the headline of Michael Gerson’s most recent column in the Washington Post, where Gerson opines as the designated conservative voice in the Post’s generally liberal stable of opinion writers.

But I don’t want to overstep, nor to misquote Gerson. “The conservative mind has become diseased,” is the headline on his column, perhaps written by some liberal-biased headline writer. The Gerson paragraph from which it’s taken is this:

“The conservative mind, in some very visible cases, has become diseased. The movement has been seized by a kind of discrediting madness, in which conspiracy delusions figure prominently. Institutions and individuals that once served an important ideological role, providing a balance to media bias, are discrediting themselves in crucial ways. With the blessings of a president, they have abandoned the normal constraints of reason and compassion. They have allowed political polarization to reach their hearts, and harden them. They have allowed polarization to dominate their minds, and empty them.”

Gerson’s CV includes a gig at the Heritage Foundation, speech-writing for Sen. Dan Coates (R-Ind.), for Nixon Aide Charles Colson, for the presidential campaign of Bob Dole, for both the campaign and the White House staff of President George W. Bush. There is no way to define him out of the mainstream of the conservative movement of our nation over the past three decades, nor has he repudiated the positions that made him, and still make him, a conservative as the term is used in our political culture.

The type of conservative he is denouncing, which he refers to in the column as “the Hannity right,” has “proved its willingness to credit anything — no matter how obviously deceptive or toxic — to defend President Trump and harm his opponents.”

The voters who gave us President Trump are divided between the Trump true believers and those who recognize many of his shortcomings but convinced themselves that however bad Trump would be, Hillary Clinton would be worse. Personally, although I was not a big Clinton admirer, I thought the opposite. Clinton was too hawkish for my tastes, and I feared that she would get us into more unnecessary wars. But with Trump, I worry about a more fundamental threat to life on earth, as well as him being a dishonest egomaniac/megalomaniac/kleptocrat with a questionable grip on reality.

Most Americans, even if they might reject some of the word choices I made in the preceding sentence, are also very worried about what Trumpism will produce, and a growing number of congressional Republicans are likewise worried about the Devil’s bargain their party has made.