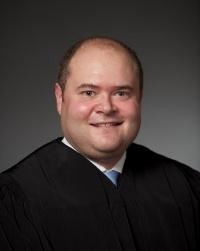 Is our system of politics and government melting down?

I’ve been wondering this for years, and lately it seems I’ve been asking myself the question every couple of days or so. Most days, I lean closer to believing that the answer is yes: Our system isn’t working the way it is supposed to; it isn’t working as well as it had in the past; and it feels as if it’s heading for something like free-fall.

At the moment, the example on top of my mind isn’t even the fault of the current occupant of the Oval Office. In fact, it comes courtesy of what is usually (IMHO) the best-run state (or one of the best-run) in the union: our own Minnesota.

I refer to the kerfuffle over the current incumbent’s nomination of Minnesota Supreme Court Justice David Stras to a lifetime appointment as a federal judge.

But before going over the background of the Stras nomination and the current state of play, let me just get one main point off my chest: This kerfuffle is an adjunct to the previous kerfuffle (so big that we need a bigger word than “kerfuffle,” though perhaps one smaller than “cataclysm”) over the Senate’s treatment of President Obama’s 2016 nomination of Judge Merrick Garland to fill the U.S. Supreme Court vacancy created by the death of Justice Antonin Scalia.

You may recall that the Republican leadership of the Senate, claiming a bogus historical precedent that did not exist, refused to even hold a hearing on the Garland nomination.

Sen. Al Franken (who, despite not being a lawyer, serves on the Judiciary Committee) took the Garland matter hard. The Republicans managed to run out the clock on Garland, and their presidential nominee won the election.

That new president, Trump, nominated the smart, competent, very conservative Neil Gorsuch to fill the seat for which Garland had been nominated. When Franken got to question Gorsuch in committee hearings, he tried (but failed) to get him to comment on whether Garland had been treated fairly.

Gorsuch was endorsed by the Judiciary Committee on a straight party-line vote, and then the Senate voted on strict party lines to do away with the filibuster that Democrats would otherwise have used to block his confirmation. He was confirmed with an almost entirely party-line vote and will serve for life.

The much larger event of the Garland nomination (or non-event, since holding a confirmation hearing on Garland would have been an event) created the vital context for the Stras matter, and anyone who tries to discuss the Stras matter without including a discussion of the Garland matter is not being straight.

That lack of straightness has infected a lot of people: U.S. Rep. Erik Paulsen, a loyal Republican, wasted an entire Star Tribune commentary attacking his Senate colleagues for holding up the Stras nomination without mentioning the Garland case. And Scott Johnson, of the Powerline blog, has managed a three–part series criticizing Democrats on the Stras matter, also without mentioning Garland.

OK, that’s my main contribution. If you are going to denounce how Franken and Klobuchar are blocking Stras without bringing up the Garland case, you are either clueless or intellectually dishonest.

But in case you haven’t been paying attention to the Stras chapter: Justice Stras is smart, likable and competent (as is Garland). Stras is also very conservative. For most of Supreme Court history the nomination of a smart, likable, competent, honest candidate for the federal court would result in confirmation. But that’s one of those norms that is breaking down, and we haven’t yet figured out how far down it will break.

At the moment, Stras’ nomination is stalled because of “blue slips.” A Senate tradition allows senators from the home state of a federal judicial nominee the opportunity to block the nomination by declining to hand in an actual blue slip of paper endorsing — or at least accepting — the appointment. Franken told the Strib yesterday that he “finds Stras too conservative for an already conservative bench,” and isn’t turning in his blue slip.

He left the background of the Garland/Gorsuch matter unmentioned at the time, although his anger over it is perfectly clear.

“The president should be seeking out judges who bridge the issues that divide us,” Franken also told the paper yesterday. “I fear that Justice Stras’s views and philosophy would lead him to reinforce those divisions and steer the already conservative Eighth Circuit even further to the right.”

Among the older norms of judicial confirmation matters was that senators would focus on competence and character and not explicitly talk about ideology. Franken’s statement suggests that one is dying off. In fact, a White House official who wouldn’t give his/her name denounced Franken‘s statement but said, “Senator Franken’s opposition to Justice Stras is partisan, obstructionist politics at its worst.”

That anonymous spokesperson didn’t comment on whether this display of partisan, obstructionist politics at its worst was actually worse than what the Repubs did to Garland. Must’ve slipped his or her mind.

In Franken’s own statement announcing his decision to oppose Stras’ nomination, he said some nice things about Stras but mentioned that he was troubled that Stras identifies Justices Clarence Thomas and the late Antonin Scalia as his role models. Both are among the most conservative Supremes in modern history.

Sen. Amy Klobuchar said she would be willing to see Stras get a committee hearing, but supports the prerogative of a home-state senator to block a nominee via blue-slip, which is a law, or maybe just a rule, or possibly a mere “norm,” that may be wiped away as easily as the power of the filibuster has been.

In Federalist Paper #48, “Father of the Constitution” James Madison warned against an excessive reliance on “parchment barriers” to make a system of government work against “the encroaching spirit of power.”

We Americans, nonetheless, do put a lot of reliance on laws and rules that are written on parchment (or, nowadays, on paper) and sometimes we rely on lesser barriers that we can call “norms.” On the 200th anniversary of the Constitution, I wrote a long series for the Strib that was subsequently published as a book, called “The Myth That Binds Us.” The “myth” was the Constitution, which we chose to believe held all the answers needed to preserve our democracy and govern ourselves. The words on the Constitutional parchment have changed little, but its power to bind us seems weaker than ever.

That’s the big question. If our system of politics and government consists of not only laws and rules and constitutional provisions but also myths and norms that work only if we believe in them and voluntarily abide by them — if we continue to demonstrate that those norms can be disregarded when they get in our way — will our system melt down?